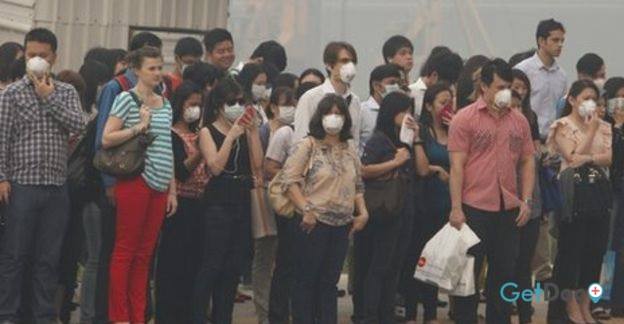 Singaporeans might have to get use to the haze for a little longer than expected, with Indonesia’s forest fires spreading to new areas and are unlikely to be put out until next year.

Despite constant pressure from neighbours, Indonesia has failed to control the annual haze crisis. The situation has only continued to worsen, with new hot spots growing in eastern parts of the country.

Singapore might have to ring in the new year with hazy skies as industry officials and analysts predicted that the haze will last until early 2016. Reasons for its longer than expected stay

The opening of new agriculture areas — such as palm oil in Indonesia — has also not helped the cause of eliminating the haze. Indonesia’s wet season usually begins in October and November, but the country is expected to face El Nino dry conditions — which could strengthen until December. This could ultimately hamper efforts to control the fires.

President Widodo has requested for patience as forest fires have become more widespread. Efforts to extinguish the fires though are ongoing both by land and air.

Looks the number of Singaporeans donning N95 masks to shield themselves from the acrid air won’t diminish anytime soon. Call us ‘kiasu’, but hey its better to be safe than sorry I suppose.

With reference from Channel NewsAsia
Featured image via Facebook