Over the weekend, flats across multiple Housing and Development Board (HDB) estates have reported of “exploding floor tiles” in their homes.

A family living at Block 638A Punggol Drive awoke to the shocking sound of their dining room floor tiles “exploding” progressively, according to Channel NewsAsia (CNA) on Monday (15 Jan).

The tiles allegedly “start(ed) bending inwards one by one” as if they were being manipulated by “an invisible force”.

Others reported of “a loud explosion sound, like fireworks”, as the resident’s “floor (tiles) all cracked, from the door to the window”.

Everyone’s probably wondering, just how widespread is this problem? And why are these floor tiles exploding in the first place?

But HDB’s official Facebook statement has failed to explain why the phenomenon is happening in the first place. 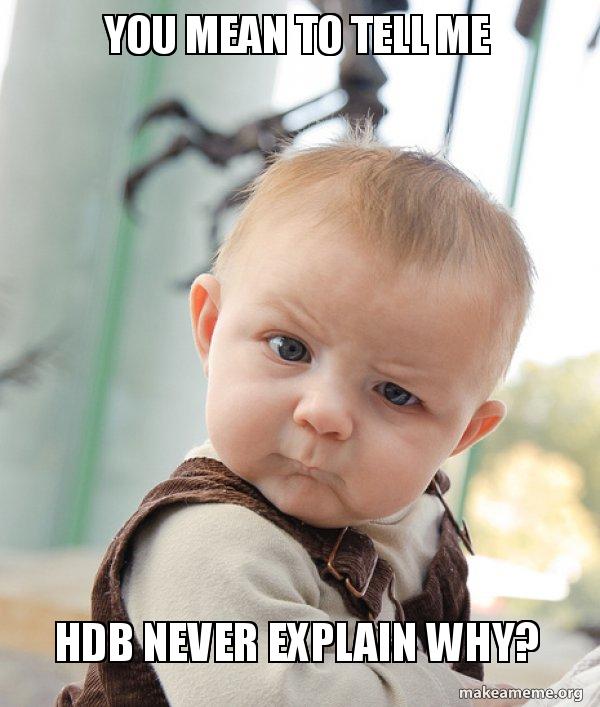 Instead, HDB calls them “dislodged tiles”, and advises for affected residents to “cover the affected spot with cardboard for safety”.

While we wait for them to address this, let’s harness the power of the Internet to explore possible explanations for why these tiles have been “exploding”.

Not an isolated case

Apparently, it’s not the first time floor tiles have exploded in HDB flats. As soon as the news broke, hundreds of netizens joined the discussion on CNA’s Facebook post.

A netizen claims that a similar thing happened to his house back in 2016, on the eve of Hari Raya. He had to spend $6,000 on new floor tiles.

His story was backed by another resident who said it happened to his household circa 2012 and 2013.

But it gets worse. The flood of comments slowly turned to how many other locations were affected by Exploding Tile Syndrome.

As reported by CNA, the following estates were affected:

The list of estates and flats affected still seems to be growing at an alarming rate. With many commentors from other HDB estates facing similar experiences.

Infamous Yishun was not spared, as this netizen described that only 1/5 of the tiles in the master toilet were left.

A 22-year-old flat in Choa Chu Kang also had the same problem. Nearly half of her bedroom’s tiles had popped and cracked.

A friend of someone who lived in a Sembawang estate claimed that 5 to 6 neighbours in the same block experienced the same thing.

A coffee shop at Blk 12 Telok Blangah Crescent was affected, and scared diners ran off without finishing their meals.

As with any great mystery, theories are abound as to why this phenomenon is happening. There seems to be 3 general ideas.

Due to the sudden drop in temperatures in Singapore – fondly dubbed SG Winter – floor tiles may have contracted at a different rate from the floor base.

This means the base no longer has enough space to accommodate the tiles, causing cracking to occur.

Another netizens mused that it had to do with the metal structures within the building. Steel is a common material used and is susceptible to temperature changes, which makes it contract.

As the steel-based buildings and flats contract, floor tiles will eventually buckle and crack due to the pressure. The netizen even warns that when the heat comes back next week, “more popping tiles” may be expected.

But if this theory were true, someone questioned why it seemed like only HDB flats were affected.

Which brings us to our next theory.

Contractors who laid the floor tiles did not allow for sufficient space for contraction or expansion of tiles.

Manufacturers usually specify a certain margin of 3-5mm between tiles to allow for this.

As our weather changes aren’t extreme in Singapore, the recent chill experienced may have caused concrete floors to contract more than ceramic floor tiles. As pressure built up, “something had to give”.

The last theory has to do with the kind of tile adhesive used. This netizen points out that bonding agent added to the tile adhesive, improves the bond between tiles.

Also, shoddy tile adhesive usually has too much sand and less cement added to it, which will cause tiles to adhere less effectively. Thus, adding to the risk of cracking.

An incensed netizen observed that although HDB flats seem to be getting more expensive, poorer qualities of materials may have been used during construction, to maximise profits at the expense of residents’ safety.

Exploding floor tiles are a legitimate concern, as flying bits of ceramic could hit and wound residents, especially in sensitive areas like their eyes.

We can only wonder why HDB has not put forth an official explanation for this, since we know for a fact that it has happened before.

At the very least, we’d like some reassurance that investigations are on-going, or an explanation for why tiles are getting dislodged.

After all, netizens have already showed you how. Your move, HDB.

P.S. If you’re one of the residents affected, do contact HDB’s Branch Hotline at 1800-225-5432 (Weekdays: 8:00am to 5:00PM) or contact Emergency and Maintenance Services Unit via details listed in HDB lifts.