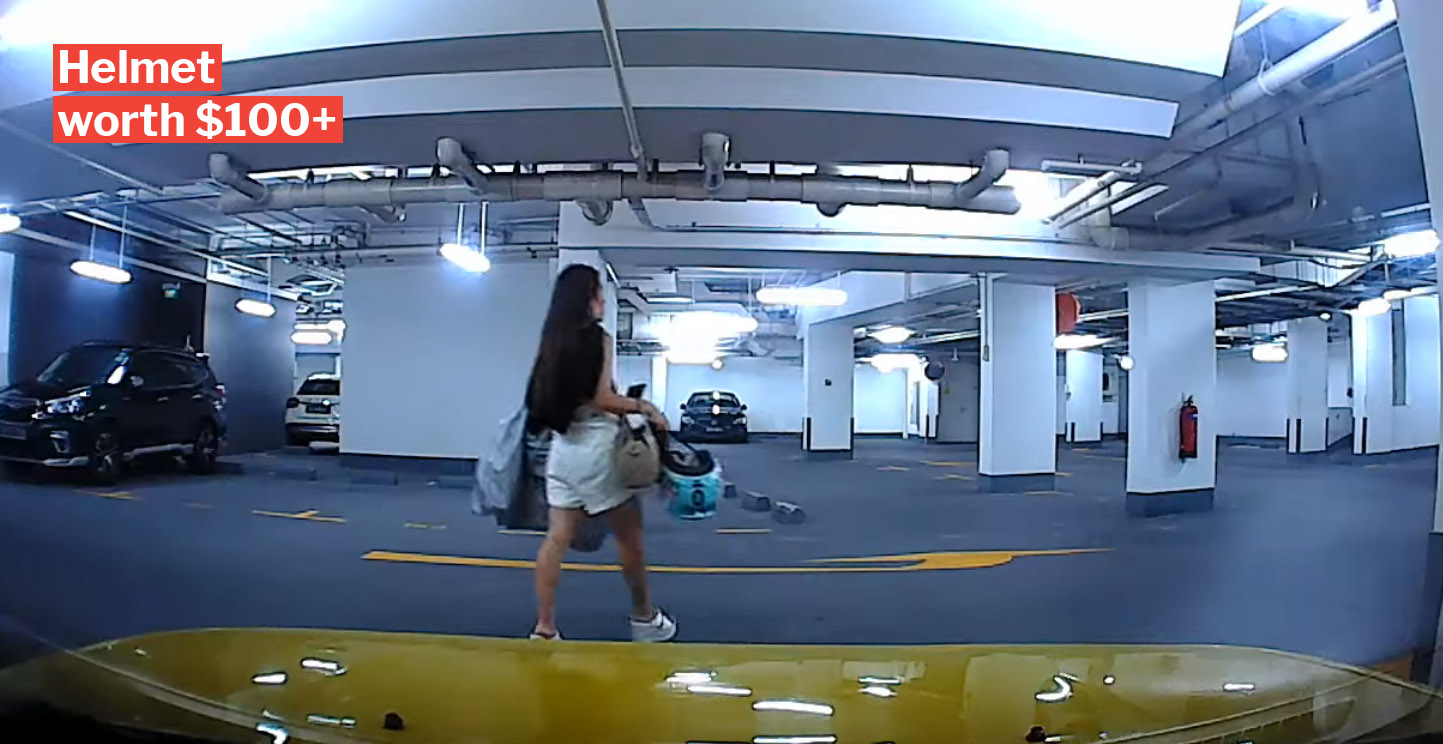 Motorcyclists are required to wear helmets while riding to protect themselves in the event of an accident. Perhaps out of convenience, some riders may choose to leave their helmets on their parked bikes.

However, on Wednesday (24 Mar) morning, a lady was caught allegedly stealing a 3-year-old bike helmet at a Telok Kurau condominium. 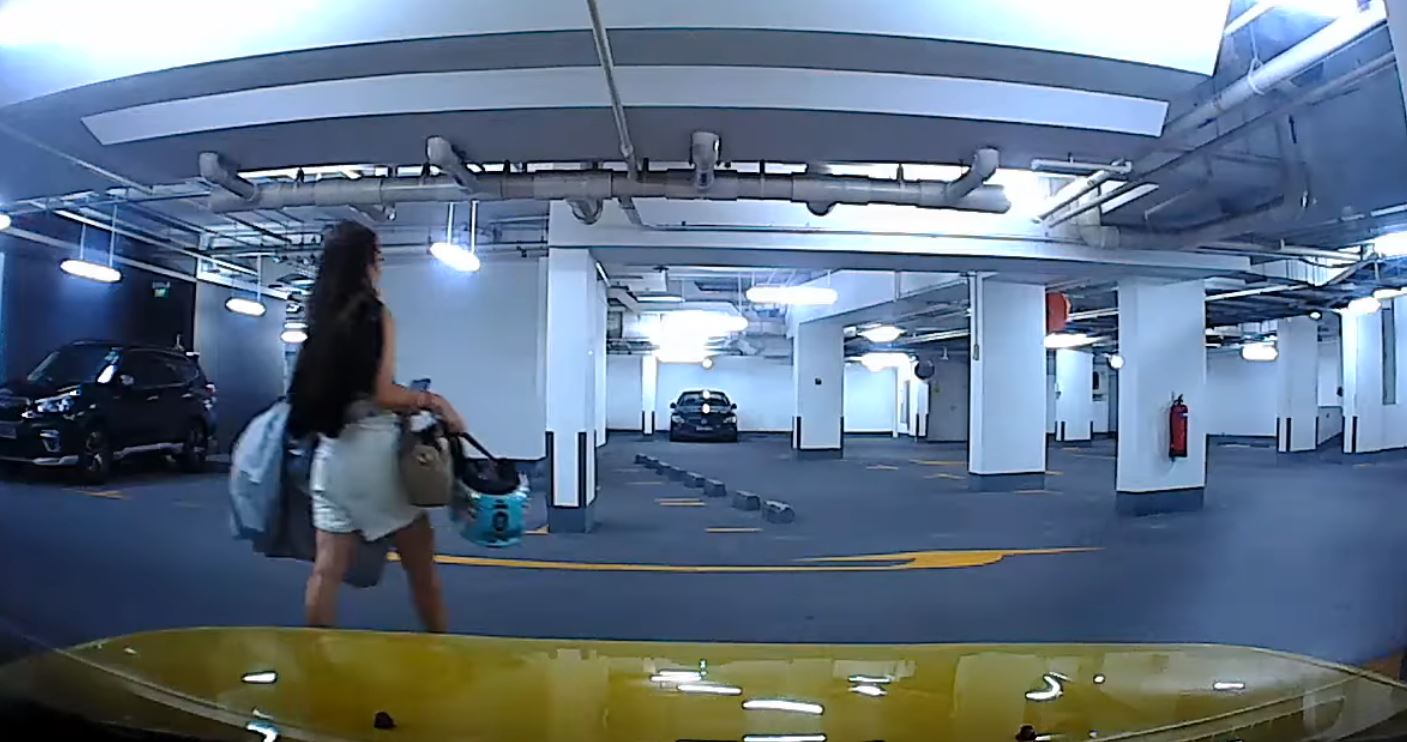 The owner is now seeking her identity and is threatening to take legal actions if he doesn’t get his helmet back.

In the dashcam footage with the earlier timestamp, a lady in a black top and white wedges was seen emerging from the left, carrying what appears to be a motorcycle cover. 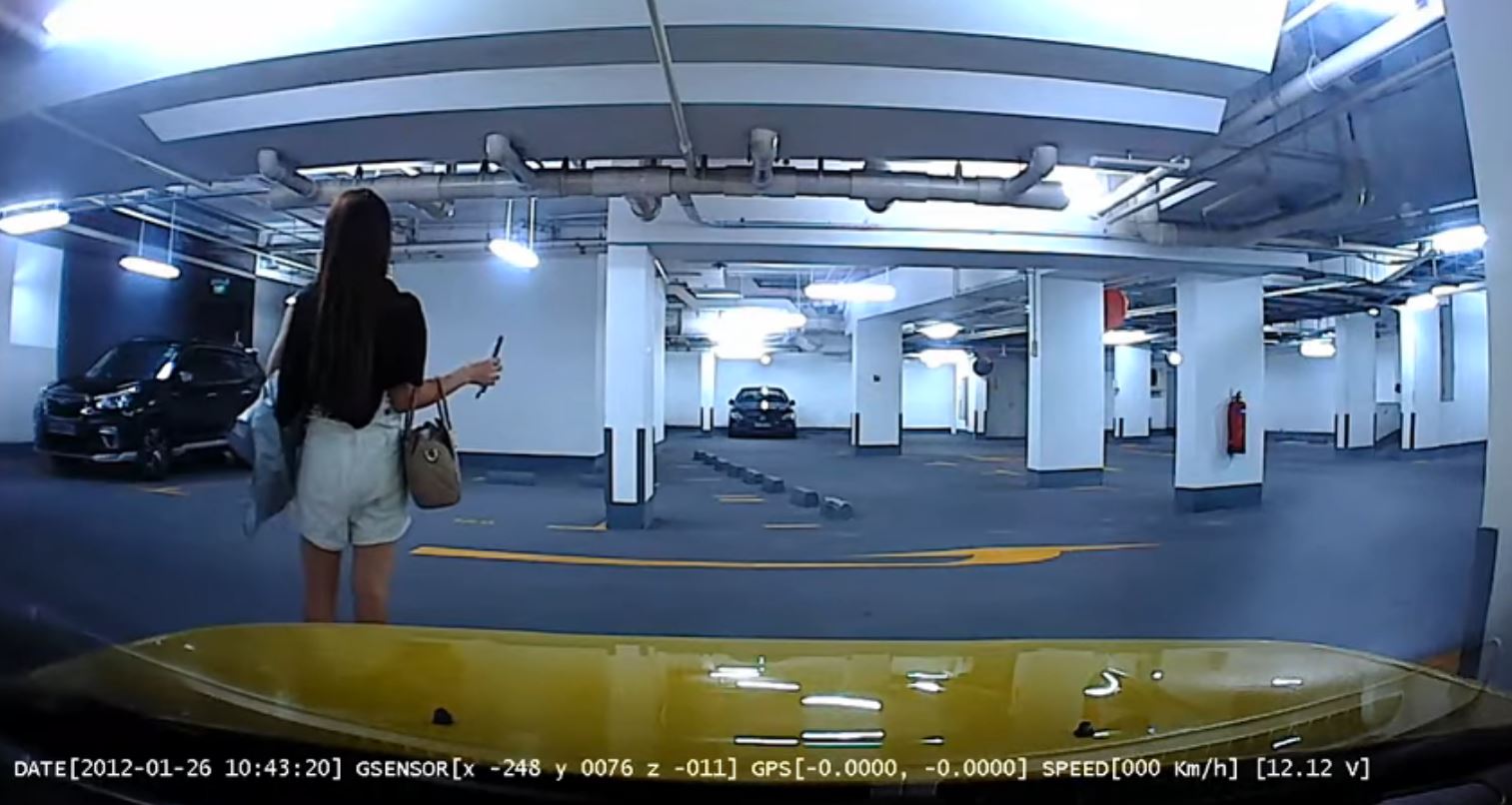 Though the clip does not come with audio, it seems the lady was speaking to someone else who wasn’t captured in the video. In the other footage taken around 3 minutes later, the same lady can be seen holding onto a neon blue helmet. 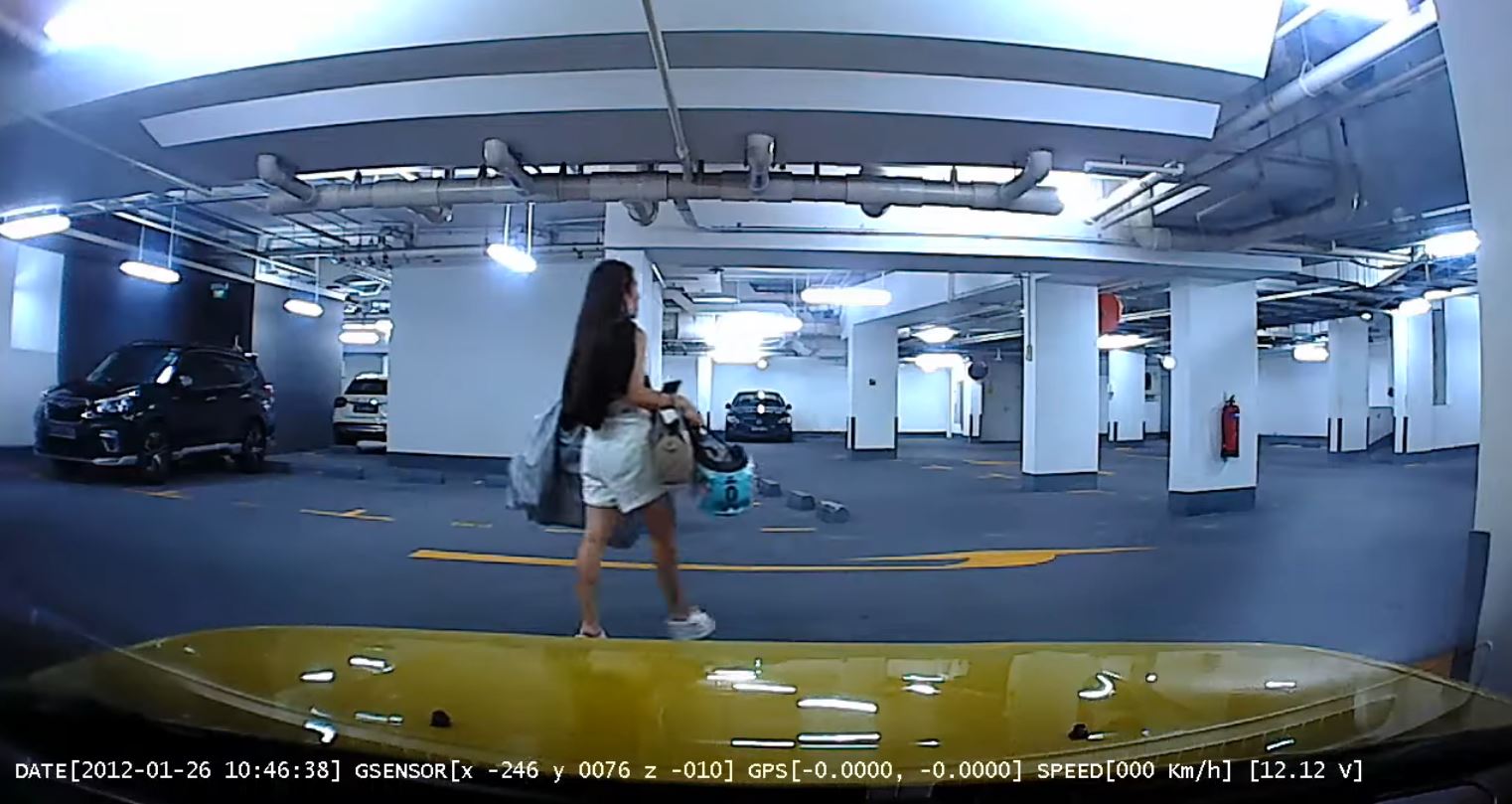 With an object on each hand, the lady suspiciously heads over to a pillar where she stashes the helmet into the grey cover. 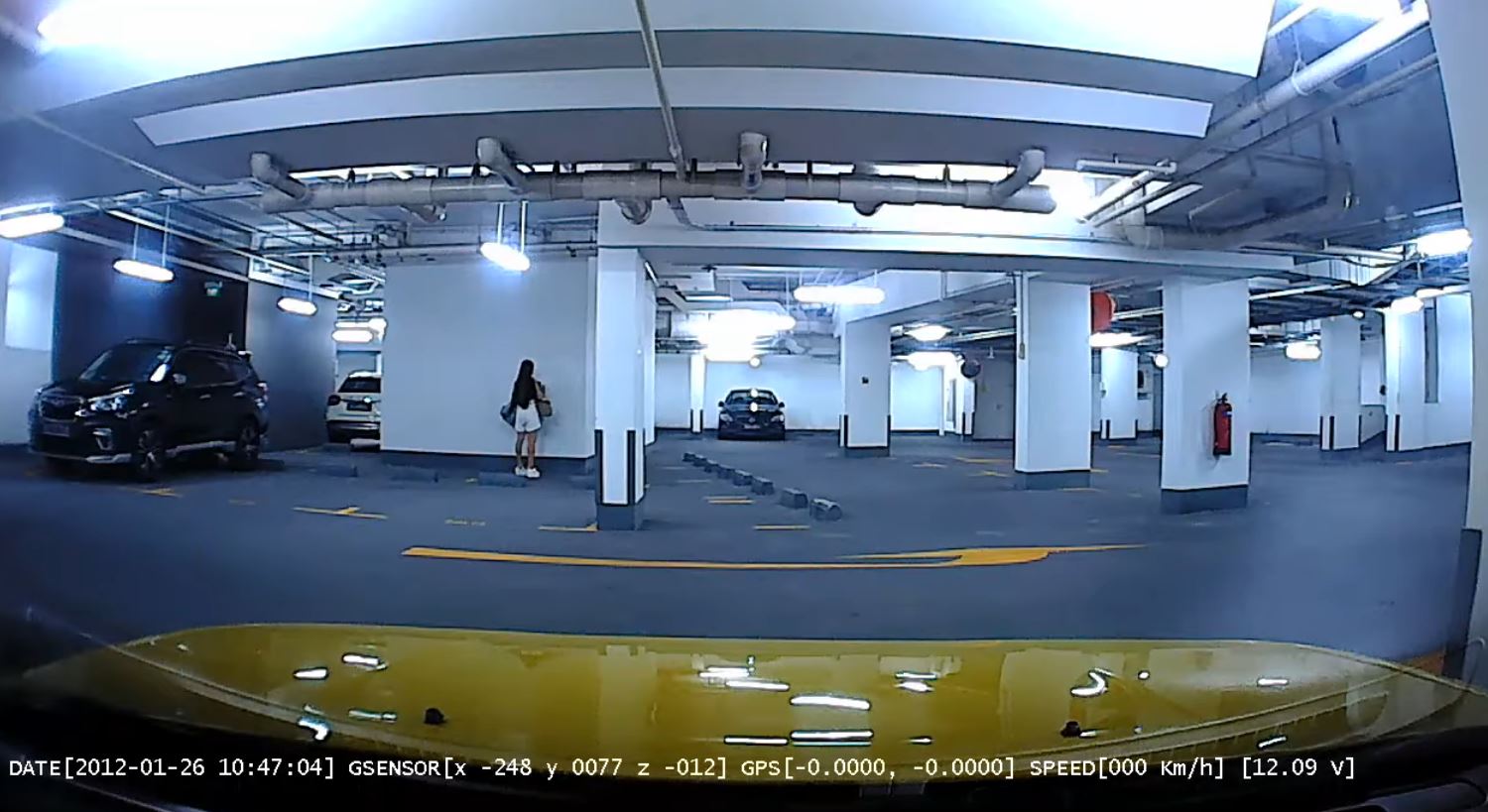 Speaking to MS News, the helmet’s owner shared that the incident happened at a condominium on Telok Kurau Road.

The “smelly” headgear that the owner spent 3 years seasoning apparently costs around $100.

He urged those with information about the lady’s identity to contact him before he takes legal actions against her.

You can watch the footage here.

It’s never nice to steal other people’s belonging, much less something as personal as a motorbike helmet.

We hope those with information about the lady’s identity would contact the owner before he lodges a formal complaint.