Must Share News – Independent News For Singaporeans
Home Current Affairs Triple H Is Back, And She Heads Straight For A Three Way... Radin Mas residents have no lack of choice this elections.

Accordingly, the Reform Party (RP) unveiled its candidate Kumar Appavoo, who will be joining in the fight. 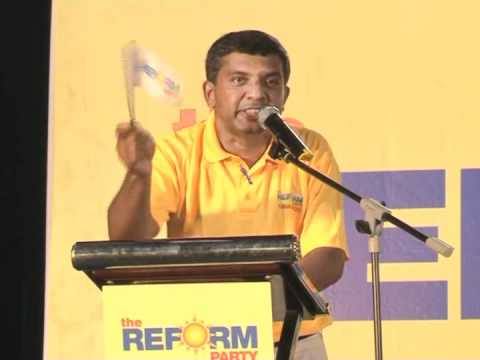 46-year-old businessman Kumar Appavoo was presented by RP at a hawker centre in Telok Blangah Drive this morning.

Kumar Appavoo is the director of an oil and gas company and had contested in West Coast group representation constituency (GRC) in 2011. He will be standing against People’s Action Party (PAP) candidate Sam Tan and independent candidate Han Hui Hui.

Sam Tan is the current MP for Radin Mas and the Minister of State in the Prime Minister’s Office and Ministry of Culture, Community and Youth.

The return of HHH

Han Hui Hui says that her intention to contest for Radin Mas SMC is due to its proximity to her home in Queenstown. The 23-year-old added on her Facebook post that people who attended the #returnourcpf protests were mostly from Radin Mas.

She also took the opportunity to seek donations in the post.

No, Triple H isn’t that guy from WWE

Han Hui Hui rose to prominence for her involvement in the #returnourcpf 2014 protests (and eyebrows) in Hong Lim Park, alongside blogger Roy Ngerng.

They were subsequently charged in court for public nuisance after one of the protests disrupted a charity carnival for special needs children held at the same location. Along with two other protesters, they were represented by lawyer M Ravi in court last year.

While Han Hui Hui is contesting for Radin Mas as an independent candidate, her friends Roy Ngerng and M Ravi have joined RP and are said to be contesting for Ang Mo Kio GRC, against Prime Minister Lee Hsien Loong.

Another controversial personality joining the Reform Party ranks from Hong Lim Park is Gilbert Goh, the man behind the loudspeakers at the Population White Paper protest.

Even though they will not be contesting each other directly, it looks like Han Hui Hui and the regulars at Hong Lim Park have parted ways for this elections. 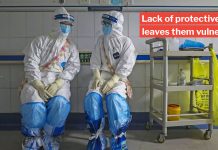 3,000 Medical Staff In China Infected With Covid-19, Some Continue Working Despite Showing Symptoms