We are happy to report that we have not seen the last of the Sin Ming Avenue chickens yet, and they have even gained another important fan.

Apparently, families of them have been spotted in the Sin Ming Avenue and Sin Ming Road areas, thanks to a video by none other than the Prime Minister’s wife.

Ms Ho Ching’s video, shared on her Facebook page on Tuesday (Feb 14), brought joy to our hearts. See it here:

Fan Of The Fowl

Besides knowing that the creatures are still alive somewhere, it’s also gratifying that Ms Ho Ching seems to be a fan of the chickens too, or why would she bother to look for them, and take a video?

After all, we already know that her husband, Prime Minister Lee Hsien Loong, is also a fan of chickens, having posted a few posts on the rooster in a neighbour’s house that visits him often, despite being an apparent bird flu threat.

A Rooster By Any Other Name

Most significantly, Ms Ho Ching called the chickens “jungle fowl”, which brings to mind the endangered species that is said to have been roaming freely around Sin Ming Avenue.

Does Ms Ho Ching also believe that the chickens in Sin Ming are the endangered species, despite the Agri-Food and Veterinary Authority (AVA) denying it?

Ms Ho Ching also mentioned that she had a friend in the AVA — meaning she has connections there.

Read Between The Lines

Ms Ho Ching and PM Lee’s recent posts are heartwarming and show that the couple still do care about the little things despite having so many important matters on their minds.

But perhaps they also serve another purpose — I’m sure the recent saga of the Sin Ming chickens hasn’t escaped their attention.

If we wanted to send a subtle message to the AVA, we also would call the chickens “jungle fowl” and mention that we had a friend in the AVA.

Read between the lines, AVA: Hands off our jungle fowl, please.

We hope the AVA takes heed. 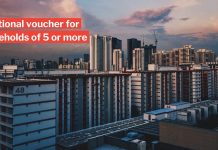 HDB Households To Get Twice The Amount Of GST Voucher Rebates In FY2020, With Up To $300 In Apr 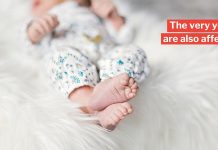 6-Week-Old Baby Dies Of Covid-19 In US, Believed To Be Among Youngest Fatalities In The World 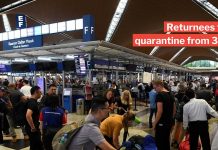 M’sians Returning From Abroad Will Be Sent Straight To 14-Day Quarantine, Won’t See Families In Person