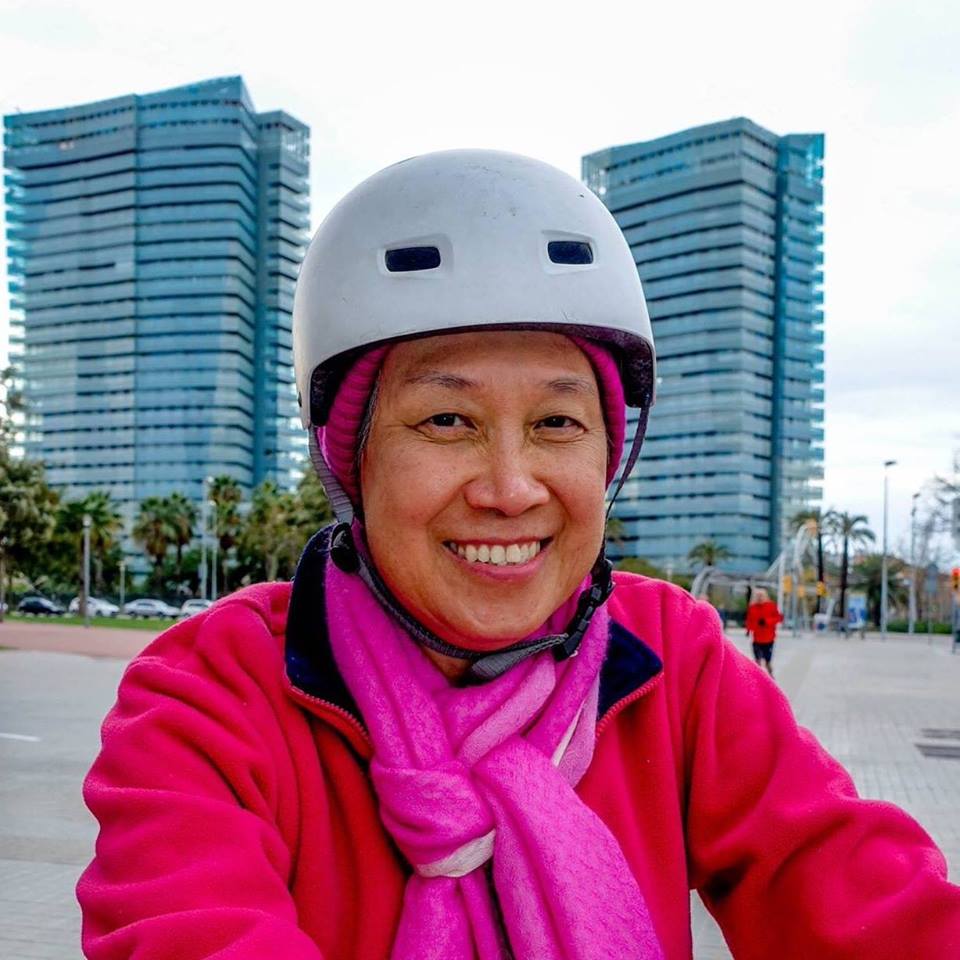 Ho Ching is most commonly known as the wife of our current Prime Minister Lee Hsien Loong and CEO of Temasek Holdings. She is quite a private person, and rarely makes the news.

In a media statement released on 15 April by Temasek Holdings, Ho has taken a three-month long sabbatical leave and no answers have been provided by the company as to the purpose of the leave. However, an article posted by Reuters did state that the leave is completely unrelated to any retirement plans.

In her absence, president Lee Theng Kiat will take over although Ho will continue with her “board duties and specific stewardship duties.” 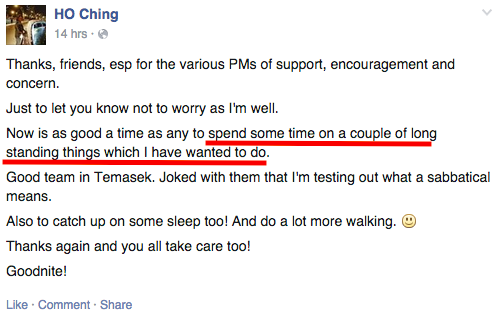 What could Ho be up to when she said “a couple of long standing things”? MustShareNews speculates.

As powerful a woman as she is, Ho is still human. Given the events that have happened in her family of late (the death of her father-in-law Lee Kuan Yew), she would be forgiven for needing to take a break from her career.

“Given what recently happened in her family, it seems that she wants to take a break.” 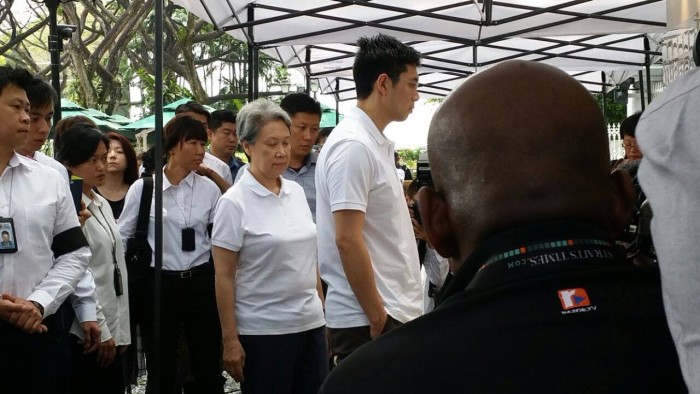 She’s not as popular as her famous husband, but Ho Ching is still rather active on her Facebook account, sharing everything from goodhouskeeping.com articles to pretty photo albums by NParks.

Perhaps we might suggest sharing more of our articles? 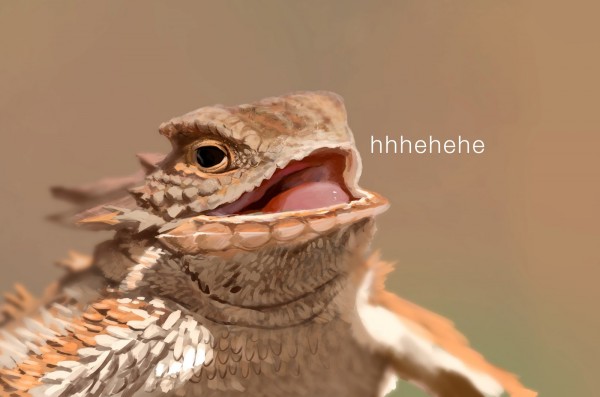 Ho is a former student at Stanford and graduated with a Masters degree in Electrical Engineering in 1982. Perhaps she could make a trip back as an esteemed, illustrious alma mater and convince the larger Stanford community that not all students from Singapore are as crazed as a certain Ouyang Xiangyu. Poisoning the water and drinking detergent is not the Singaporean way of life.

We very much prefer queuing and buffets instead.

Ho is the Patron of Assisi Hospice and has interests in “special needs education, healthcare and the welfare and development of children”. 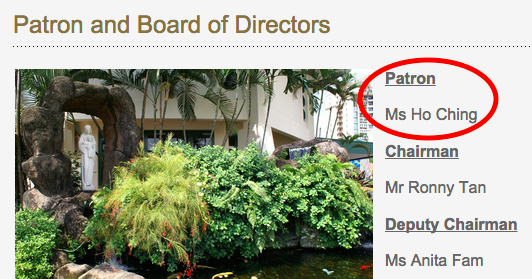 Why not pay the hospice a visit and cheer the patients in there up? Alternatively, donate huge sums of money. We wonder if she qualifies for tax deduction. 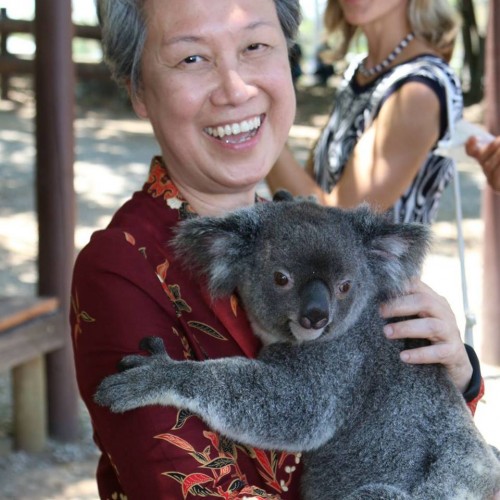 Australia loaned Singapore four koalas for a period of six months as a gift to celebrate Singapore’s Golden Jubilee. What better way for Ho to destress than by cuddling these cute koalas and feeding them eucalyptus leaves?

Temasek Clothing is a local label that features designs that Singaporeans are familiar with. 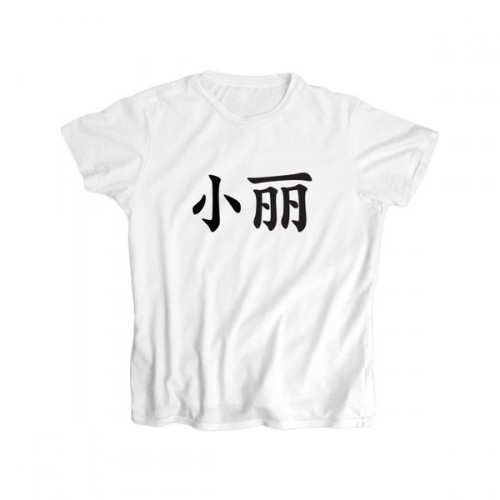 7. Use her SkillsFuture credit

SkillsFuture is a new scheme designed to encourage lifelong learning.

A not-very-quick glance through her Facebook photos gave us the impression that she was quite into photography. So perhaps we might suggest a course on Photoshop? If a Chinese ‘housewife’ could buy one of New Zealand’s most exclusive islands for NZ$7.5 million as a toy, we’re sure that Ho could own her own island too. Perhaps Temasek Holdings could hold their year-end Dinner & Dance there. 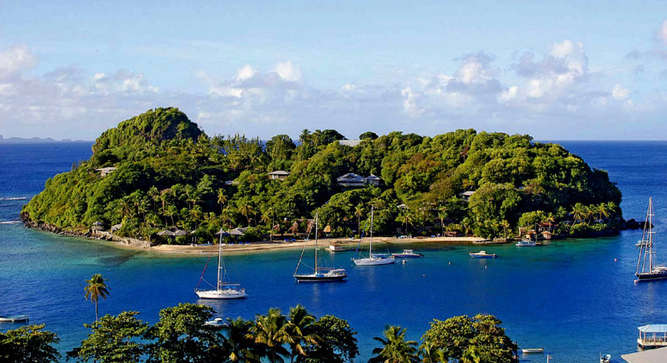 This particular island is called the Young Island Resort and is for sale at a cool USD$10 million. Can afford la. Sup sup sui.

9. March over to Singtel and scold Chua Sock Koong

A little stalking on Temasek Holdings’ official website revealed that they have major investments in Singtel. Ho needs to go down to Singtel and demand for our 12GB data bundle back. She should also grab a feedback form and write that Wavee isn’t doing very well. 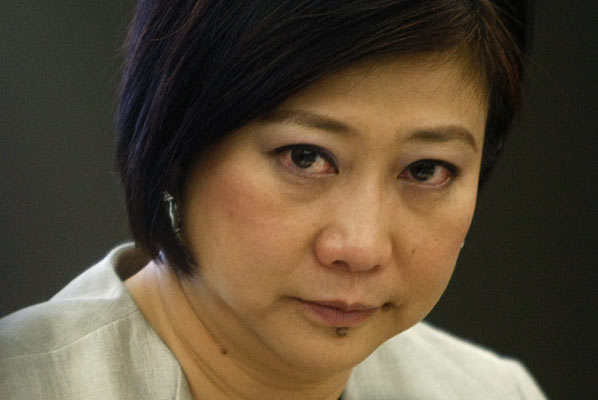 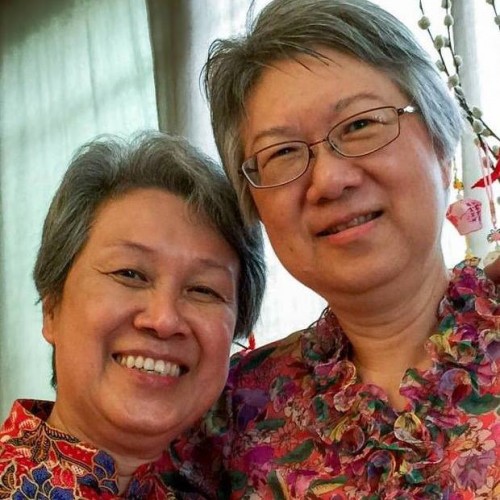 Ho Peng was the former Director-General of Education, and also happens to be the sister of Ho Ching. (How could I have missed the resemblance?)

Look at them being all festive and chummy. Time to take advantage of sister Ho Peng’s retirement from her Director-General post and get some heart-to-heart time in.

Ho said in her Facebook post that she wanted to “do a lot more walking”. But why walk when you can run? The Osim Sundown Marathon is coming up soon.

Pulse of the tribe of Ho.

Singapore is such a fast-paced country. Maybe Ho will just sit on her luxury sofas, eat potato chips and watch TV all day long. And sleep. 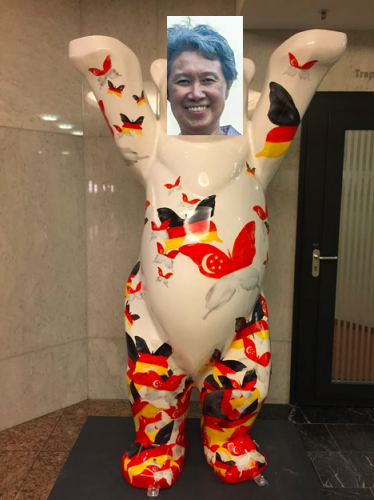