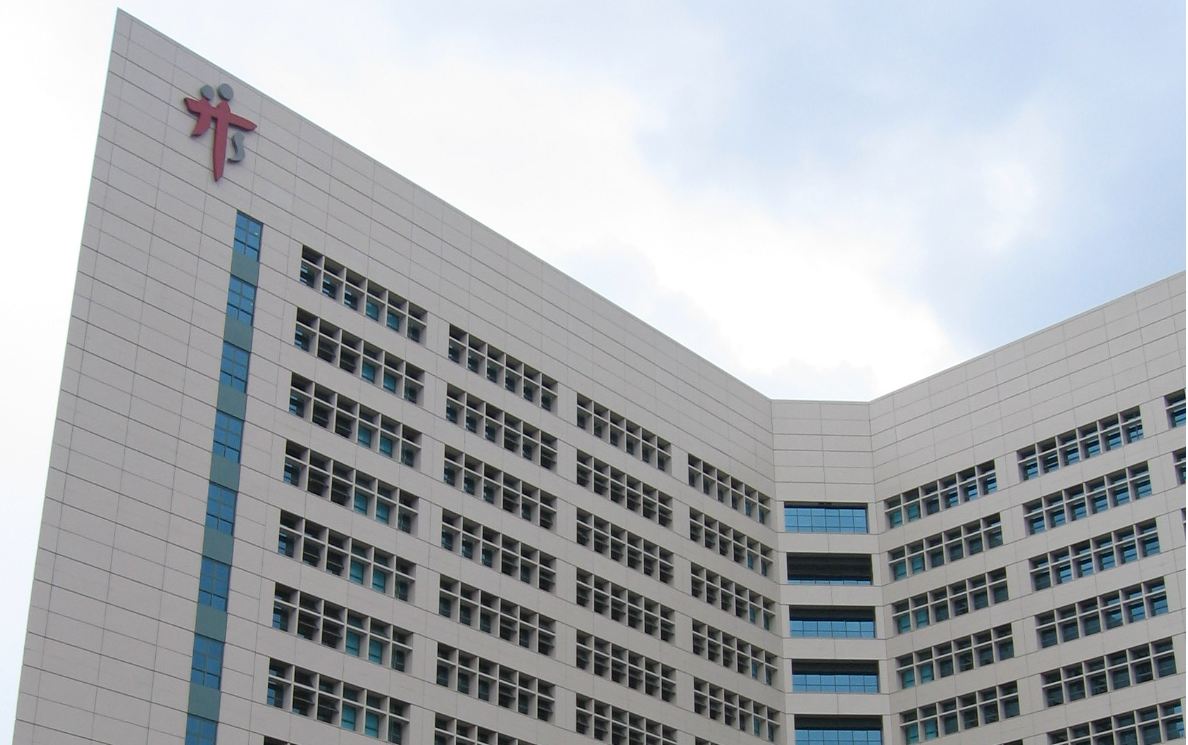 U. Govindan, a former security guard, lived with a hole in his throat for four years without a good night’s rest because he had to change his dressing every three hours, day and night. Tan Tock Seng Hopsital (TTSH) claimed that “(its) plastic surgeon was too junior to perform the surgery (to fix the hole in his throat)”. TTSH also said that fixing the hole “may have made any local cancer recurrence difficult to detect and treat”.

In 2003, Mr. Govindan found out he had cancer in his left vocal cords, which was cleared with radiotherapy. In August 2006, a malignant tumour was found and removed the next month.

That’s where his problems really began. He developed an infection in his neck as a result of poor wound healing, leading to a hole in his throat, medically referred to as a fibula. 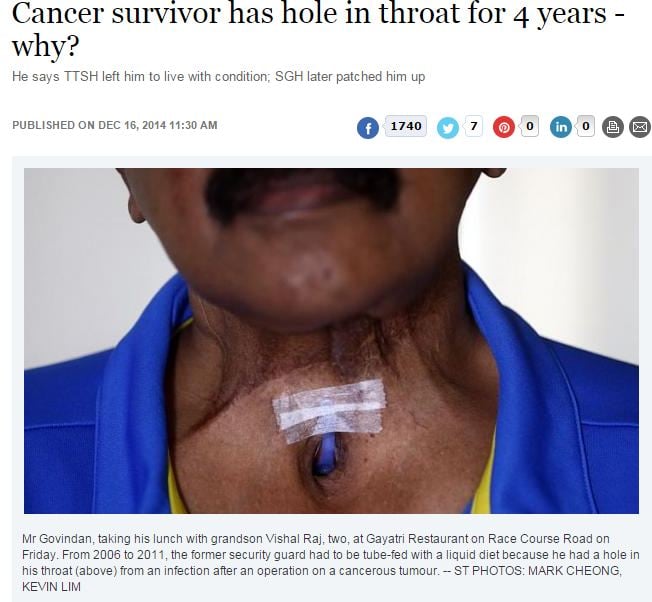 After several unsuccessful attempts to close the hole in 2007, he had to resign from his job the year after. You would think by now that the hospital would at least have a solution to an issue which literally cost him his job.

However, by September 2010, Mr. Govindan claimed that there were no more attempts to fix the hole by TTSH.

Disheartened, he sought help from Singapore General Hospital’s (SGH) then-head of plastic surgery, and a few months later in January 2011, the hole was fully closed.

From 2006 to 2011, he could not eat, sleep or drink a thing. Describing it as a living hell would have been an understatement. He even had to go about with cup in hand to collect saliva which constantly flowed from the fibula.

TTSH argued that “its doctors wanted to be sure Mr Govindan was cancer-free for five years before closing the hole”. On the other hand, Dr Colin Song, then head of plastic surgery at SGH felt that Mr. Govindan could be treated, and wasted little time in doing just that.

Is TTSH to blame for his 4-year nightmare?

When you look at the situation objectively, TTSH were playing it safe – perhaps overly so. Meanwhile, SGH was confident in fixing up the hole and described it as a “very standard and reliable method of fistula closure posing low risk”.

TTSH’s philosophy was that fixing the hole “may have made any local cancer recurrence difficult to detect and treat”. That is a valid opinion. What they did after that – operating on Mr. Govindan twice to merely “significantly minimise the size of the fistula” beggars belief.

Did TTSH do the right thing in erring on the side of caution and waiting a full five years before deciding to close up the hole? It would have been a tough decision to call, but prior consideration of the patient’s suffering also has to affect the decision. Mr. Govindan was also not told about this plan, forcing him to look for an alternative.

It is not about TTSH doing the wrong thing or that SGH is a ‘better’ hospital than TTSH because SGH managed to fix his problem. Could a philosophy change aimed at minimising the pain of Mr. Govindan change his situation and saved him the trouble of having to seek a second opinion, and more importantly, allow him to speak, eat and drink again? Definitely something for the hospital to consider and hopefully learn from.