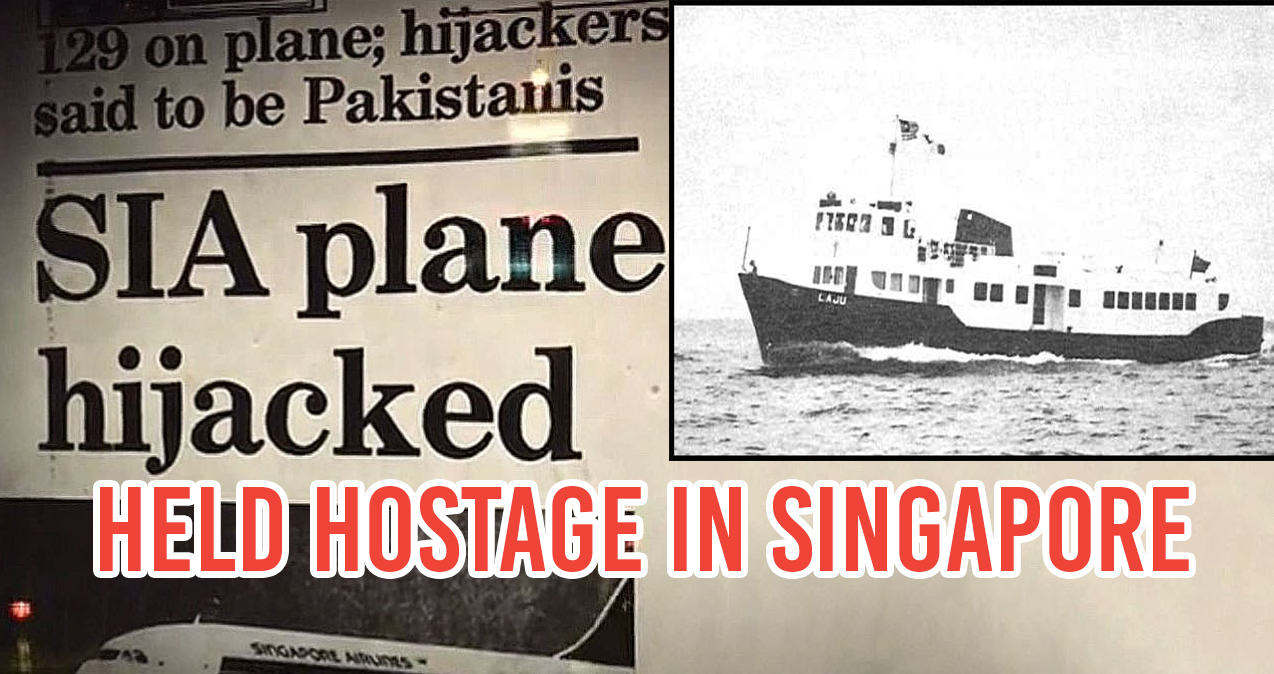 Those of you who watch lots of American movies and TV dramas have probably seen a fictional hostage situation on screen. And we hear multiple stories about hostage takings happening in the world.

But in safe Singapore, we think such things don’t happen — but they do, just maybe not as often. After all, no country is ever completely exempted from such incidents.

Behold, here are five cases of hostage situations that happened in Singapore:

A boy aged just two years old was held hostage by a 39-year-old man who locked both of them in a one-room Housing Board flat, according to Channel NewsAsia.

Thus began a 17 hour-long stand-off between the man and the police, who attempted to pry open the door and windows.

Luckily, the police managed to break open the gate and save the boy, who was unharmed.

Charred reminders of the forceful entry by @SingaporePolice officers who broke into Sembawang Dr flat to rescue 2yo boy retained for 17 hrs pic.twitter.com/ZiFLBmDso8

The man, however, was arrested for wrongful confinement, possession of a scheduled weapon and drug-related offences.

Turns out that the man was the boyfriend of the boy’s mother and was angered by a brawl the couple had earlier. According to the neighbours, the couple quarrelled often, and it was not uncommon to hear shouting coming from their flat.

Seems like the couple had a lot in common, though — the boy’s mother was also arrested at the scene for drug-related offences.

We really pity the boy.

Ms Chua Tian Choo, 70, was trapped in the bedroom of her flat on the 8th floor by her 48-year-old son when the Central Narcotics Bureau arrived to arrest him.

The drug offender was holding a chopper and also threatened to burn himself, sparking a stand-off between him and the narcotics officers. The suspect even blocked the entrance to the flat with two gas canisters, and threatened to ignite them.

As such, 50 residents were evacuated to the nearby community club in order to avoid potential gas explosions.

Thankfully, Madam Chua was safely rescued after 13 hours, when officers cut open the gate. The elderly woman even assured the public that her son never harmed her. 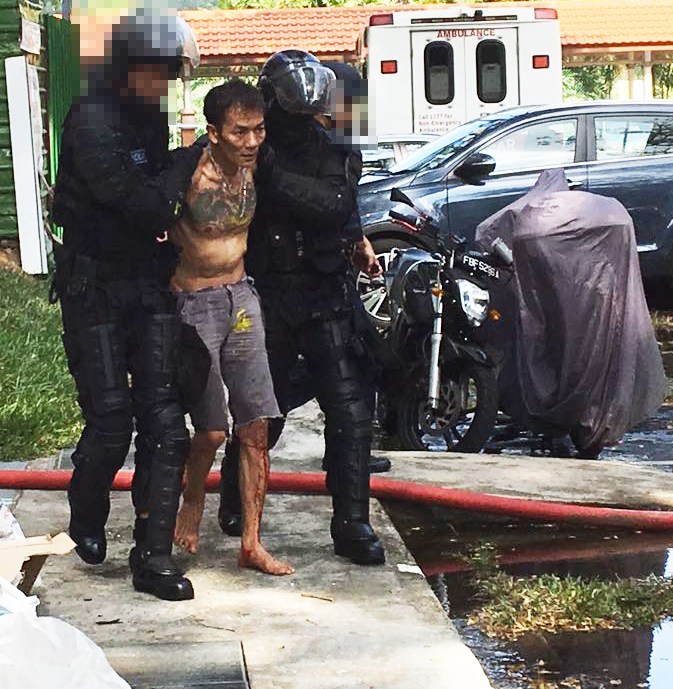 As for the suspect, three knives, “Ice” and heroin were recovered from his flat and he was successfully arrested.

This one may not be a real hostage situation, at least not at the beginning, but we think it qualifies as it came pretty close to becoming one.

According to school principal Tang Swee Chay, 8 National Cadet Corps (NCC) student-officers from various polytechnics agreed to stage a mock attack for the school as part of a Total Defence Day exercise.

The purpose of the “attack” was to teach students the importance of psychological defence. 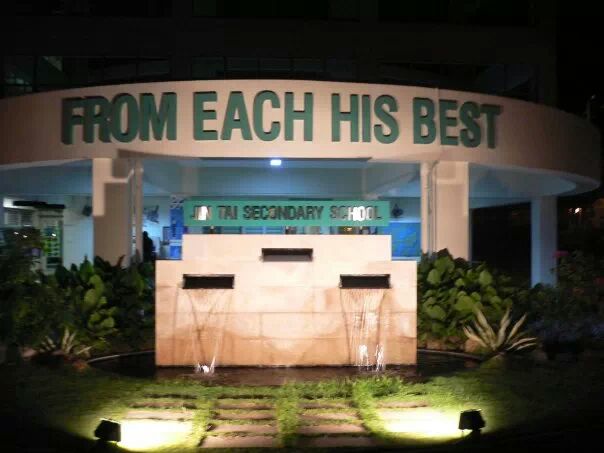 However, the 400 secondary 1 and 2 students involved ended up needing to be defended from the NCC boys. The exercise went overboard, and the “fake” hostage attack ended up seeming very real.

The students were slapped, kicked and punched, resulting in some being hospitalised.

One of the teachers who organised the attack said of the NCC boys: “They assured us that no student should be harmed during the exercise.”

Minutes after the plane took off from Kuala Lumpur’s Subang International Airport at 9.50pm on March 26, 1991, 4 Pakistanis from the Pakistan People’s Party hijacked the cabin of the plane.

The hijackers were carrying sparklers, cigarette lighters and knives. The men wanted to fly to Sydney, and threatened to light the plane on fire if pilot Steven Lim were to land in Singapore as intended.

However, they allowed the plane to land in Changi Airport for refuelling as the pilot said there was not enough fuel to fly to Sydney.

The leader of the four hijackers then demanded to speak to the Pakistani ambassador of Singapore and former Pakistani prime minister Benazir Bhutto. This was intended to force the release of a number of people jailed in Pakistan, including Ms Bhutto’s husband.

Around 6.45am, the hijackers showed no interest in further negotiations and started a 5-minute countdown, after which they said they would begin killing a passenger every 10 minutes until their requests were fulfilled.

However, it was the hijackers whose lives were to end — at 6.50am, a team of Singapore Armed Forces commandos stormed the plane and shot dead the four hijackers. Unfortunately, an American passenger, Captain Steven Lim and stewards Bernard Tan and Philip Cheong were beaten up by the hijackers. The 2 stewards were pushed out of the plane.

Mr Tan actually fell 4.5 metres onto the tarmac and had to be sent to hospital. 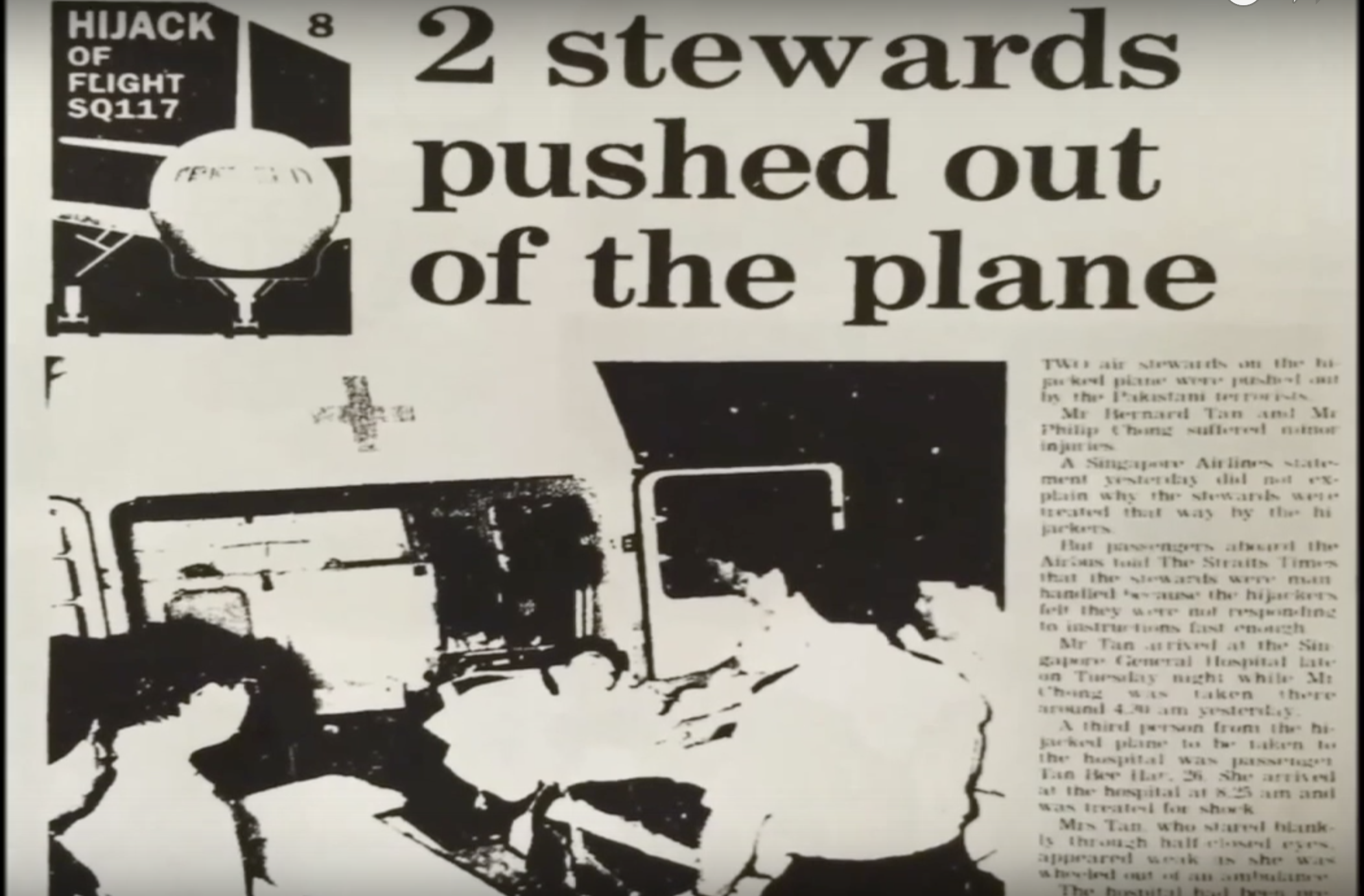 But hey, at least the 8-hour incident was over.

Four hijackers tricked boatmen into helping them in their plot to plant explosives at three oil tanks of the Shell Oil Refinery. The explosion led to the loss of $15,000 worth of crude fuel oil.

As they escaped, they boarded a ferry called Laju that operated between Bukom and mainland Singapore, taking all 5 crew members on board hostage. They were forced to sail into international waters. 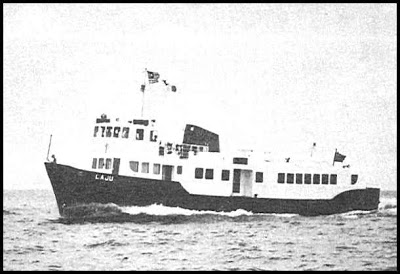 The four men identified themselves as members of the Japanese Red Army and the Popular Front for the Liberation of Palestine. Their mission was to disrupt oil supply from Singapore to South Vietnam to show their discontentment towards  imperialism.

Simply put, this was an act of international terrorism.

When these men were finally noticed by marine policemen, they negotiated for several days, during which two hostages successfully escaped.

The remaining hostages were only released after a group of guarantors accompanied the hijackers on a flight from Singapore to Kuwait to ensure their safety.

The hostages were released unscathed. 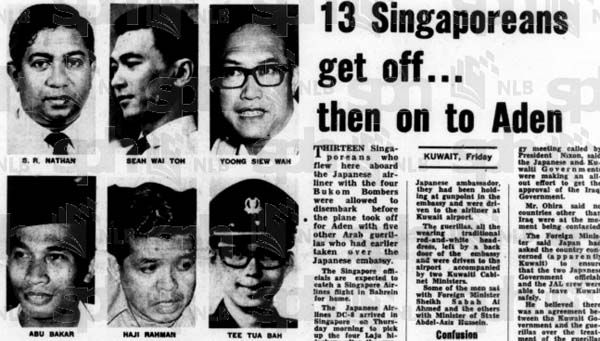 By the way, one of the guarantors on the flight was Mr S R Nathan before he became president.

Such incidents may be unpreventable, but there are always ways to prepare yourself in the case similar situations happen to you. If you’re interested, take a look at some of these anti-terror hostage exercises conducted by our very own police forces:

To put it simply, it’s always better to be safe than sorry.