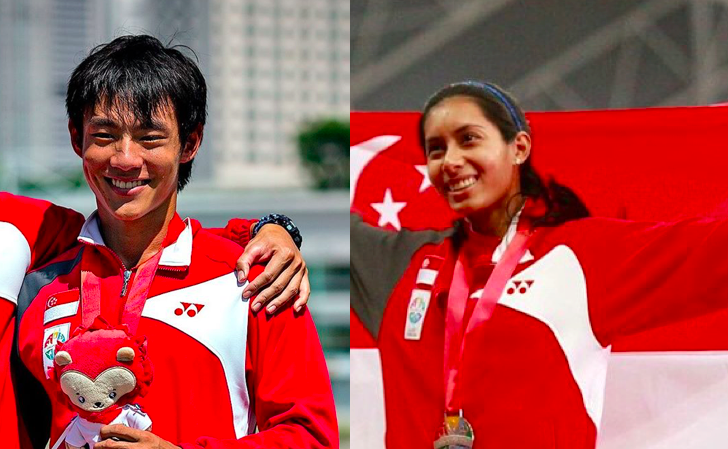 We previously did a guide on 18 hottest Singaporean athletes to look out for in the 2015 SEA games. But we know it’s hard not to be confused with the mass of events that took place concurrently, and the tons of medals that were awarded.

Now that the games have come to a close, we’ve taken on the task of producing this report card, partly to check on how our hottest athletes performed, and partly to just have another chance to stalk them again.

Spoiler alert: they did not disappoint. 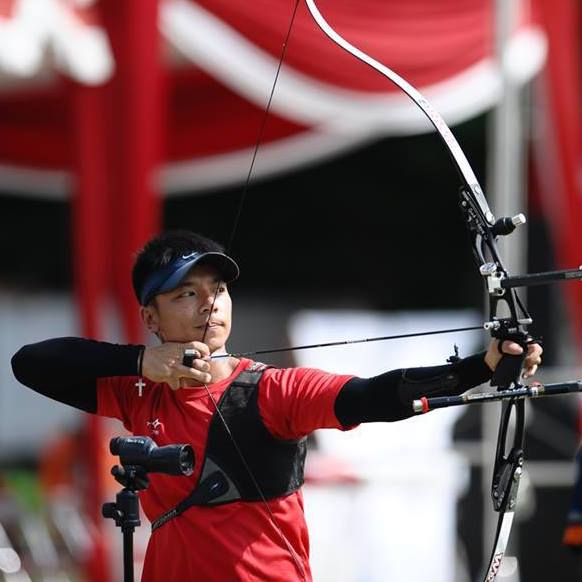 The first man to grace our hot list is an archer, who competed in the men’s team and individual recurve matches, and clinched a bronze medal in each of the events. This is historic as Singapore has never won a medal in the men’s team recurve. 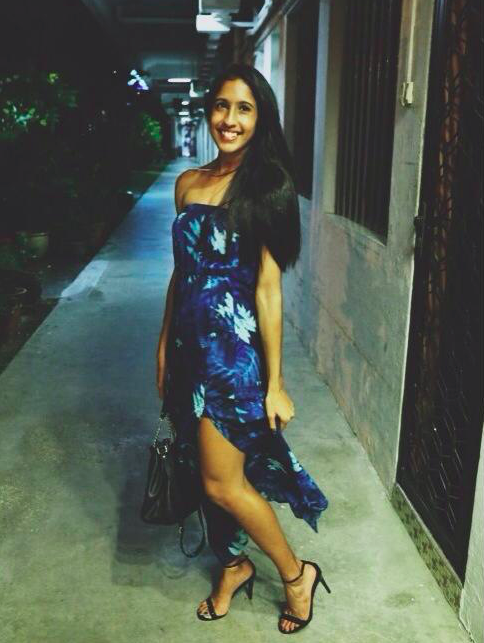 Singapore had waited for 42 long years. And finally, sprint queen Veronica Shanti Pereira delivered in 11.88 seconds. Pereira clinched a bronze medal in the women’s 100m sprint final, something which she described as ‘unexpected’. This is because she is a specialist in the 200m, and of course, she duly performed in her pet event with a gold medal. A 100m sprinter, Kang had cause for both celebration and disappointment. The men’s 100m sprint final saw Kang hit a personal best of 10.47 seconds, but fail to clinch a medal by a mere 0.02 seconds. The bronze medal went to Indonesia.

In the men’s 4x100m relay, Singapore earned a silver medal. The gold medal eluded us once again although we managed to hit a new national record of 39.24s. First place went to Thailand. Entered in the 200m but only managed to finish 7th with a time of 21.63 seconds. But interestingly, Lee had the second fastest reaction time out of all his other competitors.

Was also part of the silver-medal winning 4x100m relay team. 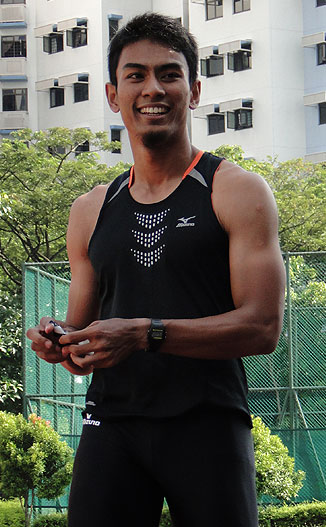 Mustapa was also pencilled in to race in the 200m along with #4 hottie Lee Cheng Wei. However, Mustapa did not finish in his heats and hence, did not qualify for the finals. Schooling has been nothing short of phenomenal so far upon his return to Singapore for the 2015 SEA Games. Based in Texas, Schooling was granted NS deferment to train professionally in the USA under famed coach Eddie Reese. 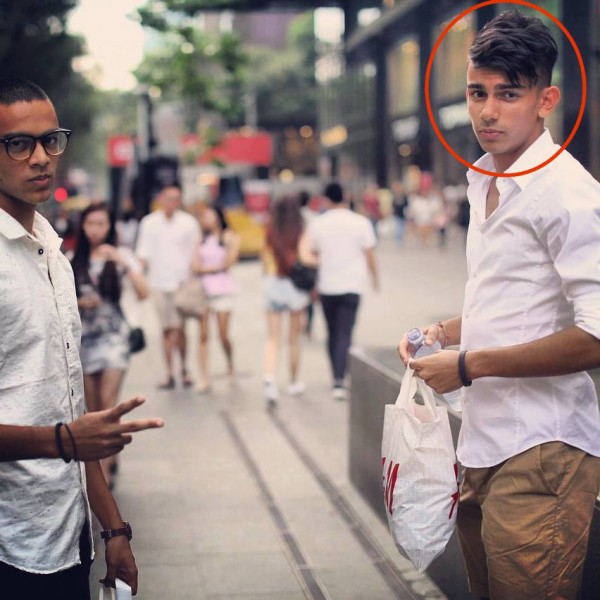 Finished in sixth place in the men’s 400m and last in the 4x400m relay. But since the man is still so young (18 years old), there’s definitely much more to come from him. Raviin came in seventh position out of ten competitors. However, he hit a personal best time of 3:56.96 in the men’s 1500m event. If you remembered from our previous hot athletes feature, Sasha is the cool one who advocates a sustainable eating lifestyle: eat healthy, but don’t get obsessed with eating healthily.

Coupled with an impressive training regimen, Sasha has won gold medals in three out of four events that she competed in: wakeboard team, wakeboard individual and the slalom individual. She did not qualify for the finals of the women’s overall event. 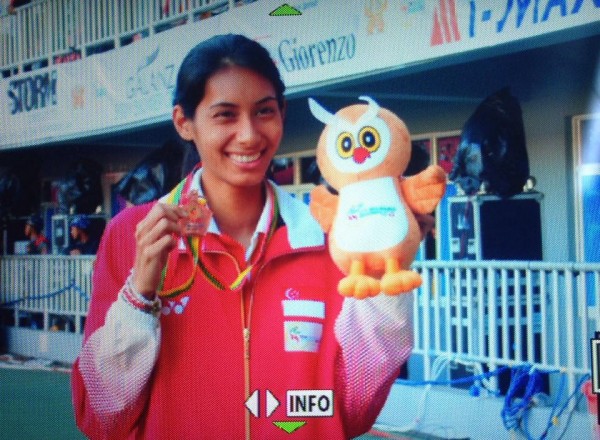 Dipna earned Singapore a silver medal in the women’s 400m hurdles AND also achieved a personal best of 59.24 seconds. She was also a part of the women’s 4x100m and 4x400m relay team that finished in fourth place. 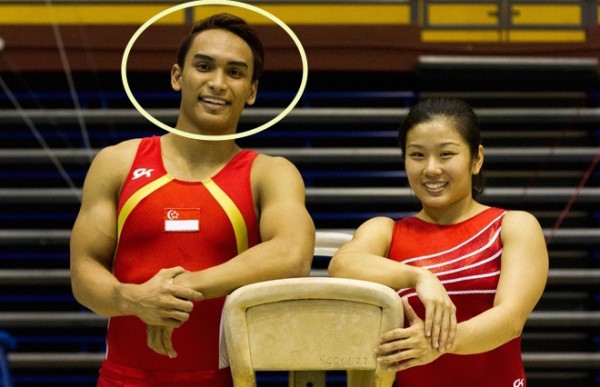 Aizat picked up a bronze medal in the men’s horizontal bars event, and finished in 6th position in the men’s rings event.

Although Singapore’s male gymnastics team has long been outshone by their female counterparts, they managed to gift Singapore with a bronze medal in the team component.

The quartet of Gabriel Gan, Timothy Tay, Muhammad Jufrie Aizat, Terry Tay, Gregory Gan and Hoe Wah Toon were only 0.05 points behind silver medallists Thailand. Despite missing out on second place, the team were still happy with their performance as their total points were the highest they had ever clocked. 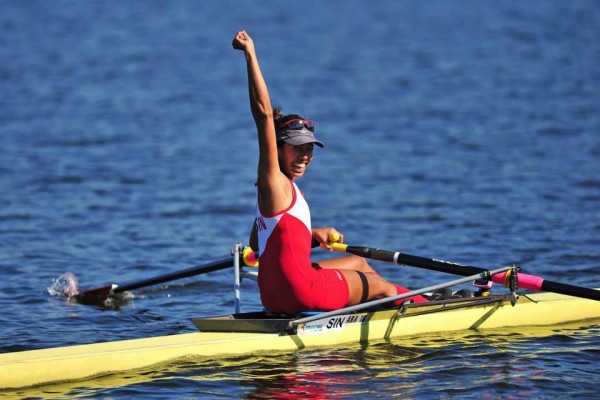 Arguably the most famous face representing Singapore rowing, Sayidah scored a bronze medal in both the Women’s Lightweight Single Sculls 500m and 1000m. Wong picked up a gold medal with her three other teammates in the team foil event, beating Vietnam 45-26. This victory was especially important to the girls, as they had previously lost to Vietnam in the 2013 SEA Games. Mark Lee scooped up a bronze medal in the 3m springboard event. Brother Timothy was one placing behind in fourth. In the 3m synchronised springboard event, the duo managed to win Singapore a silver medal, a repeat of their 2013 SEA Games effort. 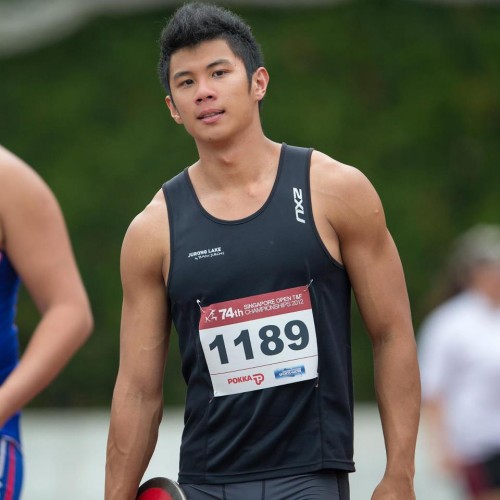 Su switched to discus throwing after an injury forced him out of competing as a sprinter. Although his 39.36m effort at the Games fell short of his 46m target, we’re sure he did his very best and we hope he will continue to train hard and perform even better at his next competition. Chan was entered for only one diving event: the women’s 10m springboard. Unfortunately, she missed out on a podium finish in fourth position. Singapore’s Freida Lim won a bronze medal in the same event. A gold medal in the men’s jumbo doubles! Vivian and his squash partner Marcus Phua finally crushed Singapore’s 20-year long wait for a gold medal in squash by beating Indonesia 11-3, 11-8. The men’s squash team however, had to settle for silver after losing the gold medal match to Malaysia. Team Singapore’s performance in the canoeing segment of the SEA Games have been absolutely fantastic so far. Resident hottie Brandon Ooi picked up a gold medal in the K2 1000m, along with teammate Bill Lee.

The canoeing event officially finished on Tuesday, and Singapore picked up 7 gold medals (the highest among all participating countries), and 5 silvers. The canoeing team also blitzed past their 2013 SEA Games medal tally of 2 golds, 2 silvers and 2 bronzes.

Singapore finished the 2015 edition of the SEA Games with our best ever haul of 84 golds, 73 silvers and 102 bronzes. Thailand finished top of the table by virtue of having more golds (95) than us. However, Singapore has the honour of clinching the most number of medals (gold + silver + bronze) of all countries that participated.