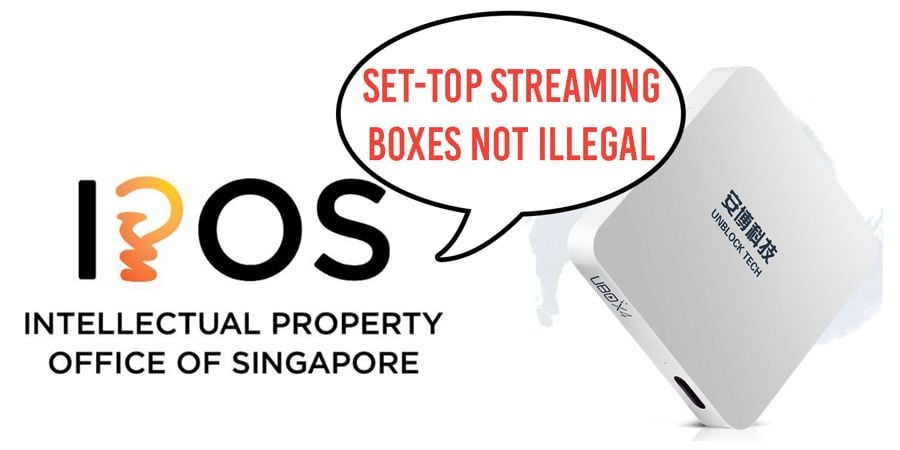 Piracy has long been outlawed in Singapore, but online piracy is apparently still rampant. Or so the Coalition Against Piracy thinks.

A coalition of entertainment titans have recently assembled to call for a ban on set-top boxes which allow viewers to tap into programmes from the English Premier League, HBO and Cartoon Network for free.

According to Bloomberg on Monday (4 Dec), they will call on Singapore to block illicit pirating software, in the hopes that illegal streaming of movies, TV shows, and sports will cease.

However, as set-top boxes have perfectly legal functions such as accessing YouTube, our government has pointed out that outlawing the devices will not necessarily solve the problem.

An illegal streaming device usually comes in the form of a set-top box with programmes that allow it to piggyback on an existing cable channel, so a user may livestream scheduled TV shows or movies for free.

Typically, they are used by viewers to access shows they are unable to watch due to censorship, lack of a licensing deal, or simply to avoid paying a subscription fee.

Singaporeans are spoilt for choice when it comes to purchasing a device of their own, as they are readily available for sale both online and offline.

We’ve done a quick search and an Unblock set-box is readily available on e-retailer Q0010 for $188. It’s even promoted as the ‘SG Version’ with ‘SG Support’. 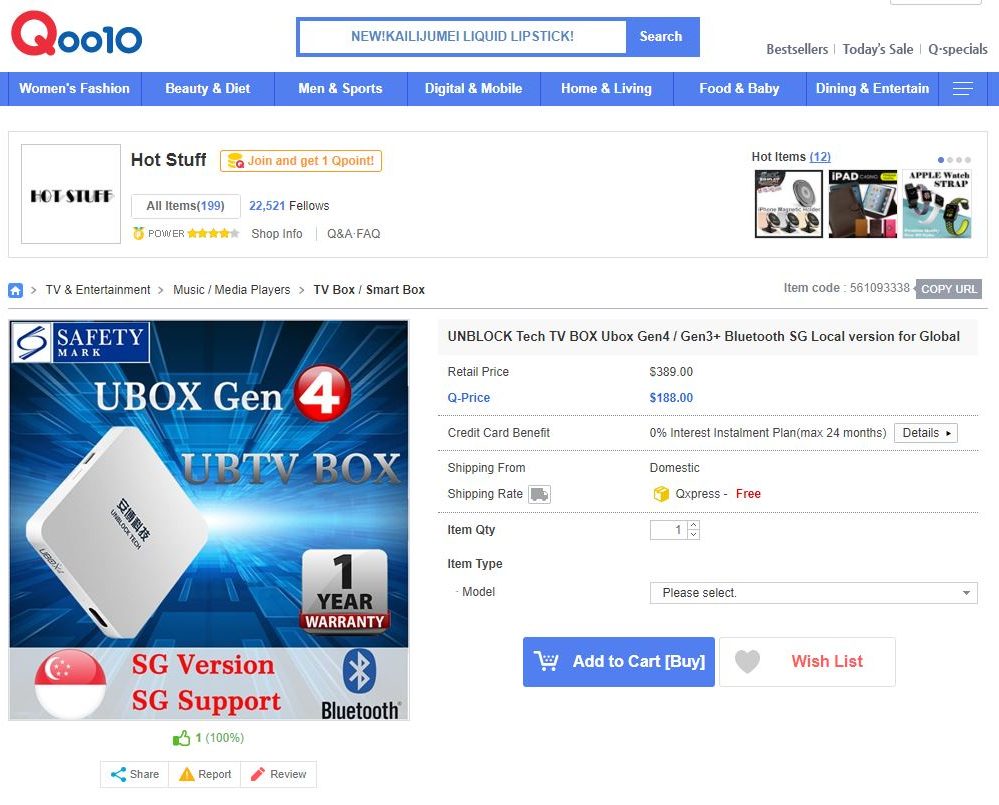 There are even online tutorials on how to set-up these boxes freely available on YouTube, with multiple forums offering tech support.

For as little as $100, retailers at Sim Lim Square also offer similar products. Stores sell 10 to 20 boxes per weekend, and during electronic fairs, this number reportedly reaches 300 per day.

Since it is true that these devices are freely available in Singapore, the coalition is lobbying for the Singapore government to do the following things:

Costs associated with illicit broadcasts of video content are also expected to nearly double between 2016 and 2022, hitting US$51.6 billion (S$69.63 billion) in global revenue.

With such high costs involved, it’s no wonder Singapore has been chosen as the industry’s gateway to combating online piracy in the region.

Could this possibly spell the end for illegal streaming as we know it?

Turns out, it’s not illegal to own a set-top box in Singapore at all.

The Intellectual Property Office of Singapore has clarified,

In other words, the device or technology is strictly not illegal.

There’s nothing unlawful about using the devices, as long as the boxes do not illegally download and store copies of programmes.

Currently, the sale of these devices is permitted in Singapore, as the government does not consider the devices illegal when used to access legal streaming sites like YouTube.

As long as users can ensure their content is from authorised content providers, no copyright laws will be violated.

Pirates are here to stay

Although the coalition makes a valiant attempt to defend themselves from internet pirates, the status quo in Singapore looks set to stay, for now.

Perhaps it would be wiser instead for these content providers to consider other profit models to ensure their revenue is protected?

Streaming original content like Netflix has proven effective in building up a loyal brand following, encouraging people to subscribe and be more willing to pay to support their favourite shows.

Ad revenue or merchandising and branding opportunites are other possible alternatives to be considered.

Nonetheless, Singaporeans can also work on changing our mindsets towards paying for original content, given that an alarming 2 out of 5 people are guilty of illegal streaming.

Until then, the pirates are here to stay.