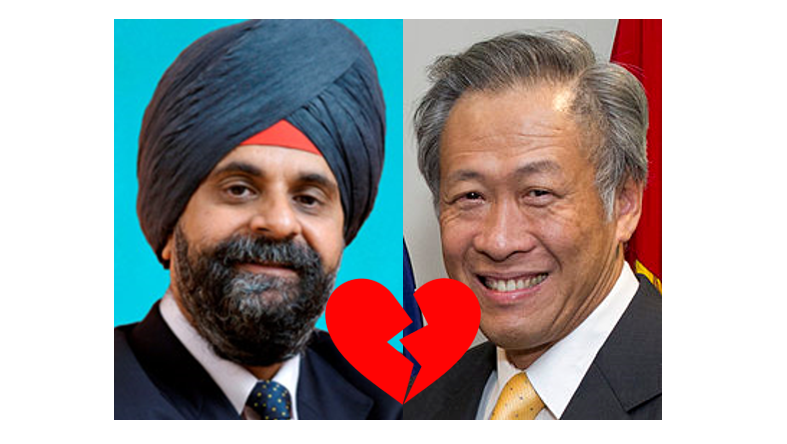 [UPDATE: 28 JULY] Member of Parliament (MP) Inderjit Singh have responded to netizens who are portraying him as some sort of anti-PAP hero with regards to the Defence Minister Ng Eng Hen remarks, with another Facebook post.

MP Singh renewed his loyalty for PM Lee and for the People’s Action Party (PAP), and the Member of Parliament further added that he had considered retiring from politics since 2013.

Ng Eng Hen is rather displeased with Inderjit Singh

We present you with a brief summary of the breakdown of the political spat between the MP Singh and Minister Ng.

Minister Ng fired shots at MP Singh. Minister Ng chose to use the media to indirectly make an example out of MP Singh to suggest that MPs should formally step down and introduce their successor.

We want to handle the retirement of our MPs more smoothly and I would prefer a more deliberate and a dignified manner. What is situation now?

The People’s Action Party (PAP) have been silent with regards to the spat between the two senior members. Prime Minister Lee Hsien Loong has not responded to the incident.

Since the unleashing the subtle verbal tirade upon MP Singh, Minister Ng has since been busy watching fireworks and preparing for the SG50 National Day.

While MP Singh has been busy receiving tributes, accolades, and the likes from netizens,

and his fellow Parliamentary colleagues — including PM Lee.

Infighting doesn’t happen often, but when it does…

Unfortunately, we will see anymore of such disunity among the members of the ruling party for the next few months, because #GE2015 is coming — it will be a political suicide for the ruling party to show any form of disunity before the election.

Also, for the benefit of future retiring MPs, we have come up with 5 other ways MP Singh should have retired instead to side-step that backlash from Minister Ng.