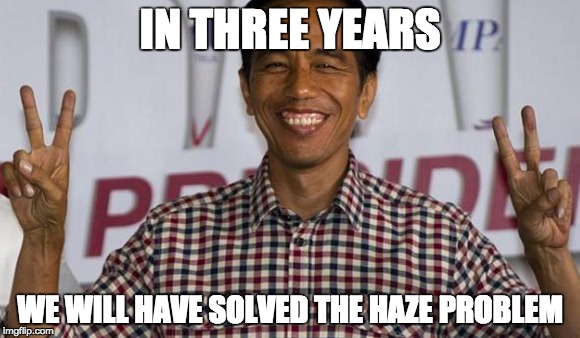 He remains optimistic despite falling popularity

BOGOR (WEST JAVA): Indonesian President Joko Widodo has only assumed office last year, but is already finding his job “very challenging”, especially with issues like the haze and managing the country’s economy.

In an interview with Channel NewsAsia on Saturday (17 Oct), President Widodo did not haze-tate to share his thoughts about the Indonesia’s annual effort to make things smoky for the rest of Southeast Asia.

Early prevention could have led to different outcome

The haze has been plaguing the region for two months now, leaving Southeast Asia shrouded in fog. President Widodo said that an early prevention could have led to a different outcome to the haze problem and forest fires, adding that that he will urge regional governments to do more.

We will call all of them to overcome this. There should have been preventive measures earlier on. If the prevention had been done, and all had been responsible from top to the bottom, I think the outcome would have been different.

Here’s news for the Indonesian President: the outcome would have been different too if Indonesia was not flip-flopping with its decision to accept help to fight the haze. 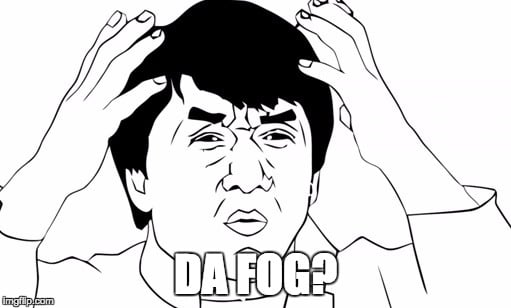 President Widodo reiterated that the necessary infrastructure to prevent forest fires is still in the works, and would take some time before the annual regional haze problem caused by forest burning could be solved.

The land that is on fire is not one or two hectares, but 1.7 million hectares. It’s such a huge area and needs time.

Last month (29 Sep), President Widodo said that efforts have been taken to tackle the haze, but will take three years for results to be seen.

To counter the haze, Indonesia had sent almost 8,000 police officers, 3,700 soldiers, and four water-bombing planes to put out forest fires. Indonesia is also in the midst of enforcing laws against burning forests, and also constructing water reserves in forests and canals to get water to hotspots.

The President also promised this:

You will see results soon and in three years we will have solved this. 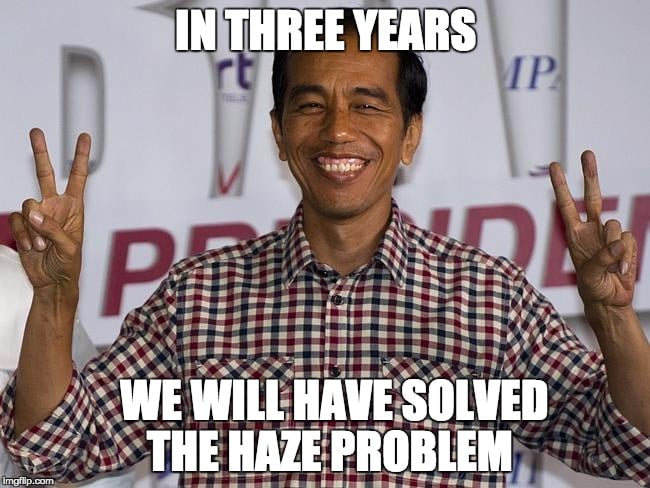 In the meantime, we’ll be keeping our fingers crossed and hope this haze goes away soon.