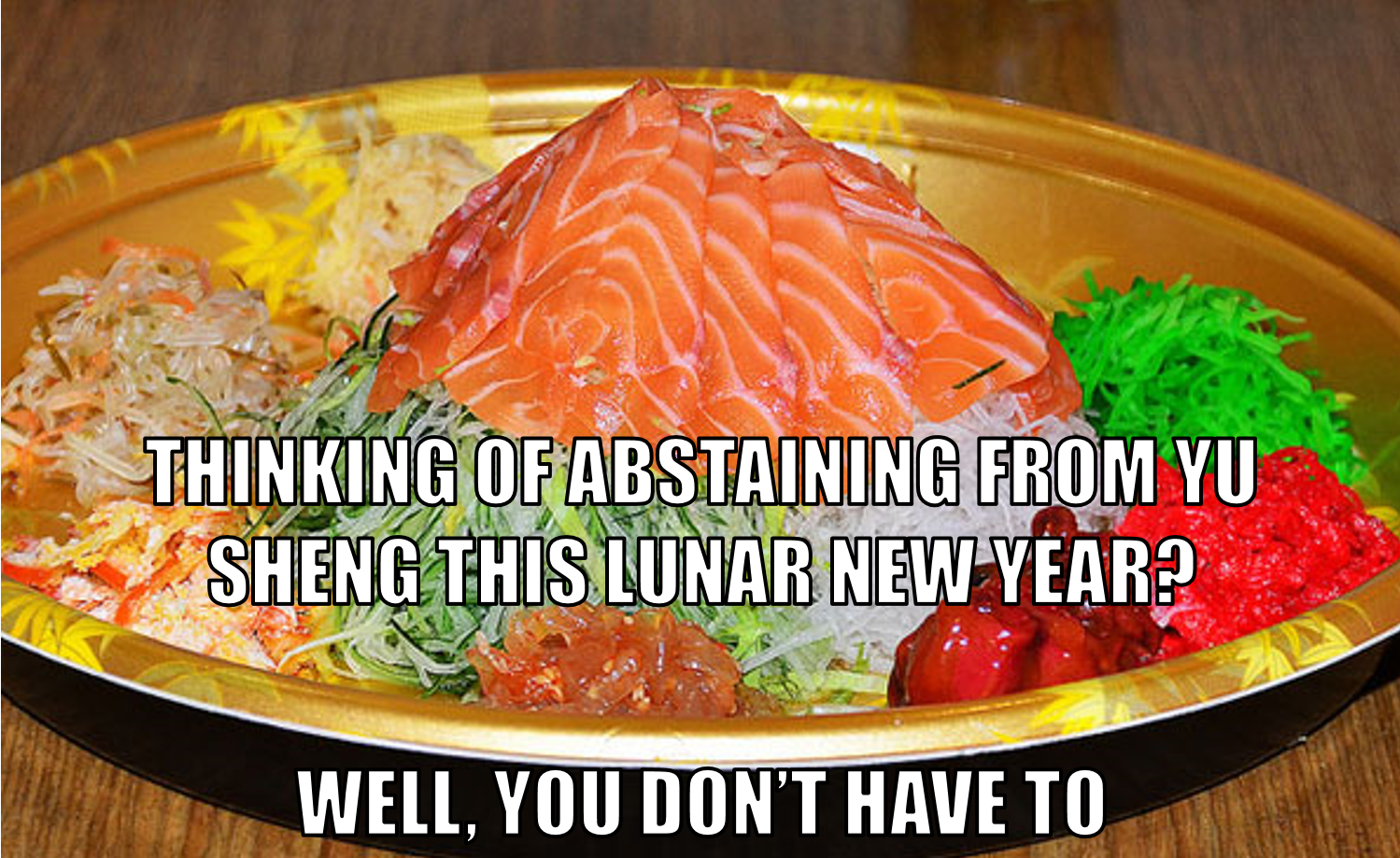 In view of the terrible outbreak of the Group B Streptococcus bacteria (GBS) in raw fish dishes, the National Environment Agency (NEA) has imposed a ban on the sale of raw freshwater fish dishes in all food stalls.

In spite of the measures taken, there can still be some lingering phobia among Singaporeans on raw fish dishes.

This will come as a concern for Chinese restaurants, some of which are already planning to replace their Yusheng, a popular raw fish that is traditionally eaten on Chinese New Year. 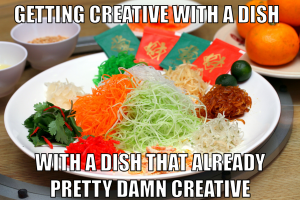 We tilt our chef hat and explore 8 ingredients that are worthy of replacing the “yu” in the yusheng.

If raw is a problem then one should cook it — this is the commandment that seemed to appeal to Purple Sage, a food catering company.

The food catering company is considering using cooked fish in replacement of the raw fish in their yusheng platters for the Chinese New Year menu.

In our opinion, it remains to be seen whether cooked fish — which is more mushy and softer in texture compared to raw fish — will be able to survive the deadly ritual of lo hei-ing, a tradition where everyone at the dinner table tosses and mixes the yusheng together using their chopsticks.

To be fair, I doubt anything even survived that ritual. Seriously….

A viable alternative is using saltwater fish instead of freshwater fish, which is linked to all the recent GBS infections.

According to Dr Hsu Li Yang of the National University Hospital, ” The recent outbreak of GBS infections has been linked to the consumption of raw freshwater fish“, thus making saltwater fish such as sashimi and sushi relatively safer to eat.

With this in mind, using only raw saltwater fish in the yusheng may do the trick to ensure the safety of our health whilst enjoying yusheng at the same time this Chinese New Year.

Furthermore, it was reported last week (3 Dec), that saltwater fish are “just as likely to carry the disease as freshwater fish.” Although as of today, no links is found between saltwater fish and the GBS infections.

In a nutshell, Dr Hsu advises against raw fish consumption during this period, although restrictions will be in place to ensure that saltwater fish are safe for raw consumption.

One popular additional ingredient to the yusheng are sliced abalones. Replacing raw fish with abalone is not exactly a novel idea, and is in fact already adopted by many restaurants.

However, the cost of using sliced abalone in place of yusheng is a major turn-off for restaurants.

For instance, besides planning to use cooked fish to replace raw fish, Purple Sage is also considering using sliced abalones as a replacement. However, using abalone will inevitably lead to higher costs for the company since sliced abalone is relatively more expensive than fish.

Under this scenario, F&B companies can choose to carry forward the cost to the consumers or to absorb the cost as Purple Sage has done for pre-ordered yusheng.

Under this trend, we can expect the price of yusheng in general to rise for the coming Chinese New Year. 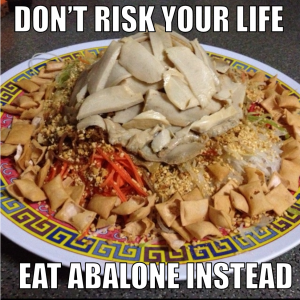 You read that right. Suckling pig as yusheng.

The best part about this is that this is  a completely legitimate dish offered by a Spanish restaurant in Singapore, Una.

According to an interview with The Straits Times, the replacement of fish with suckling pig was intended to amalgamate Chinese and Spanish cultures into this version of yusheng.

The only caveat is, we are unsure if this dish is still available or if it will be made available for the coming Lunar New Year.

According to ieatandeat, the most interesting part of eating the crab yu sheng, is “seeing the two golden crabs jumping around in the pile of the shredded veggies” whilst lo hei-ing the dish.

I guess, that puts a whole new perspective to dancing crabs.

While Ika is a popular choice for sashimi and sushi, there is no reason why it cannot be used as a replacement — the texture is roughly similar to abalone, and the taste is relatively as mild as raw fish. 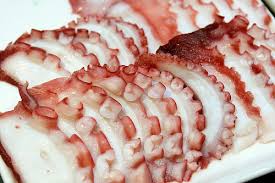 A brief search on Google reveals that no local restaurants has experimented on this yet, but why not?

Well, perhaps it will be difficult for ah ma and ah gong to bite on the chewy texture of the Ika. 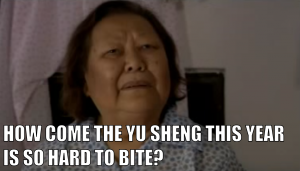 Another adventurous idea is replacing raw fish with Wagyu Beef.

This move was adopted by the Peach Blossoms Restaurant at Marina Mandarin.

It is a rather bold move since there is quite a sizeable fraction of Chinese in Singapore, who are Buddhist and as such, do not consume beef for religious reasons. Nonetheless, for the non-Buddhists, this is a seriously legitimate alternative for your yusheng.

According to food blogger Adrian, the chocolate egg will be broken to reveal fruits such as fresh pineapple, and pomelo hiding in the egg.

Perhaps it is even more fitting that the chocolate yu sheng was actually conjured by the Chef because his two young daughters couldn’t stomach raw fish — thus leading to the inspiration for a dessert yu sheng.

No Yu No Problem

Restaurants are allowed to continue selling raw saltwater fish and restrictions will be in place to protect public health in consumption of raw fish in view of the upcoming Lunar New Year.

It should be safe to assume that from now to the Lunar New Year period, public agencies and restaurants will step up measures to ensure that your yusheng will not kill you.

Nonetheless, for the who are not intending to touch any raw fish for Chinese New Year, there is a plethora of alternatives that will allow you to enjoy alternative yu sheng.

Have fun exploring the other options! 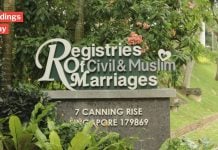 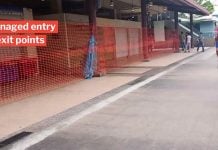