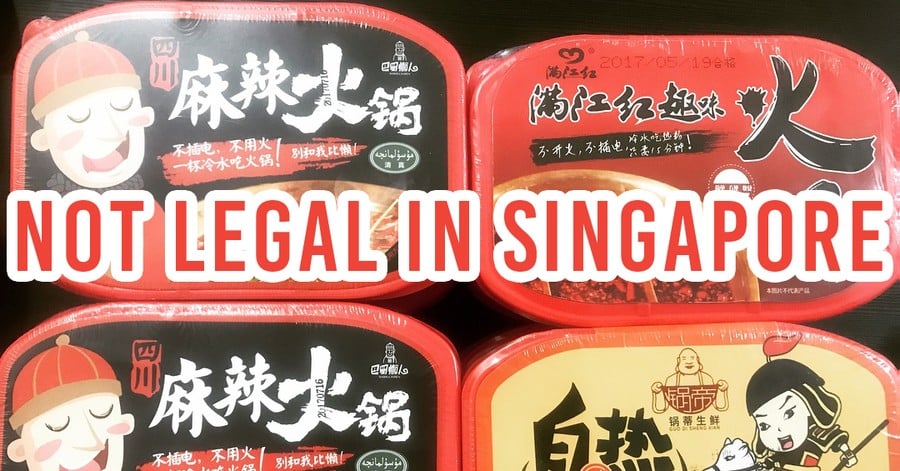 You’ve seen people all try it all over the internet, and probably eaten it yourself. You probably shouldn’t have.

The importers of the popular Ba Shu Lan Ren instant self-heating mala boxes have been fined, and had their stocks seized, said the Agri-Food and Veterinary Authority (AVA) on Monday (9 Oct).

Also known as Ba Shu Hotpot, the hotpot brand is based on Chengdu and comes with a packet that produces heat via a chemical reaction when water is added, helping create a steam effect that heats up the food. 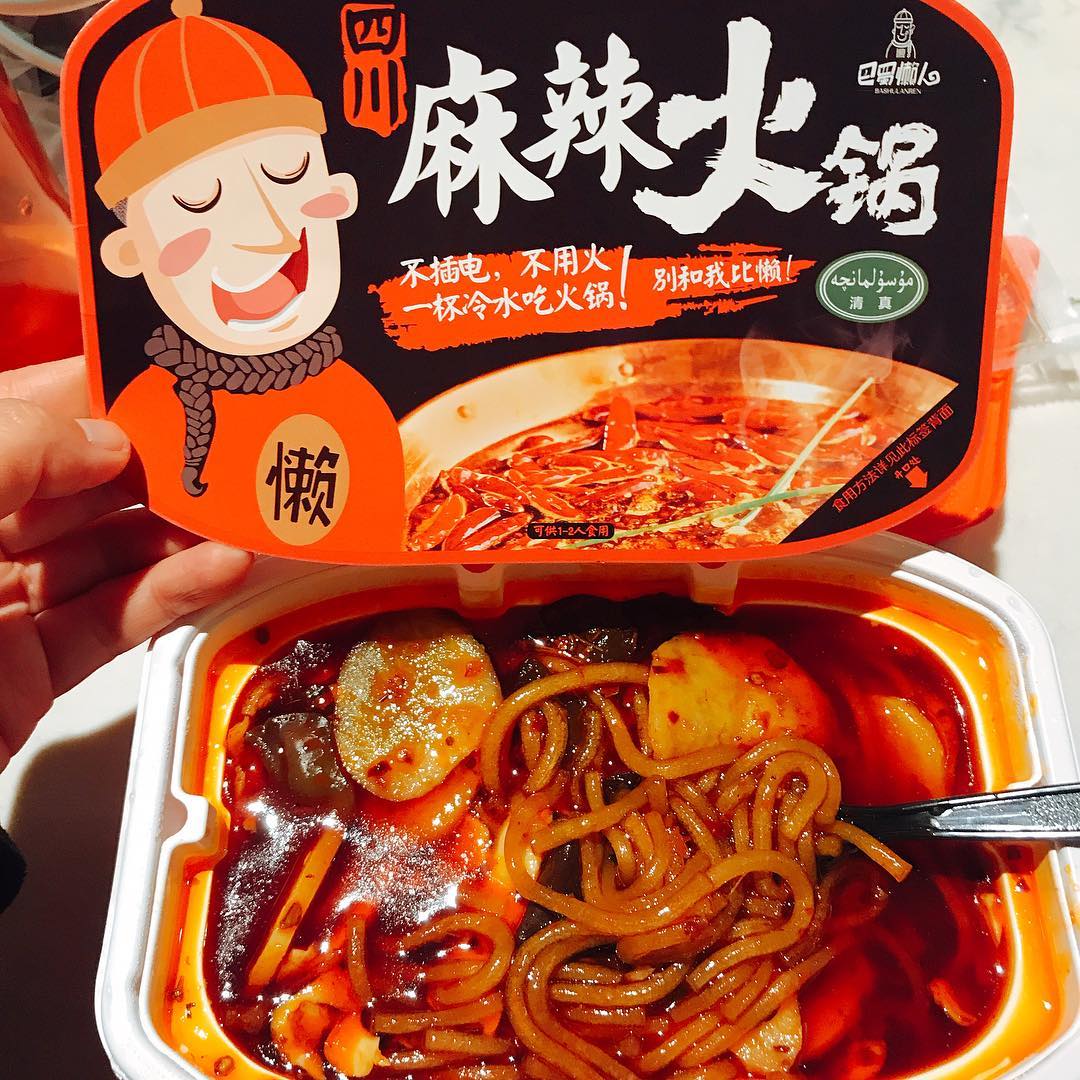 In the statement, the AVA confirmed that the import of such products containing meat was not approved. Products that contain meat have to be imported from sources that are compliant with the authority’s standards and requirements. Sources that are not approved “could carry animal and food-borne diseases”, warned the AVA.

However, at least one supplier has uploaded a cargo clearance permit on their Facebook page. 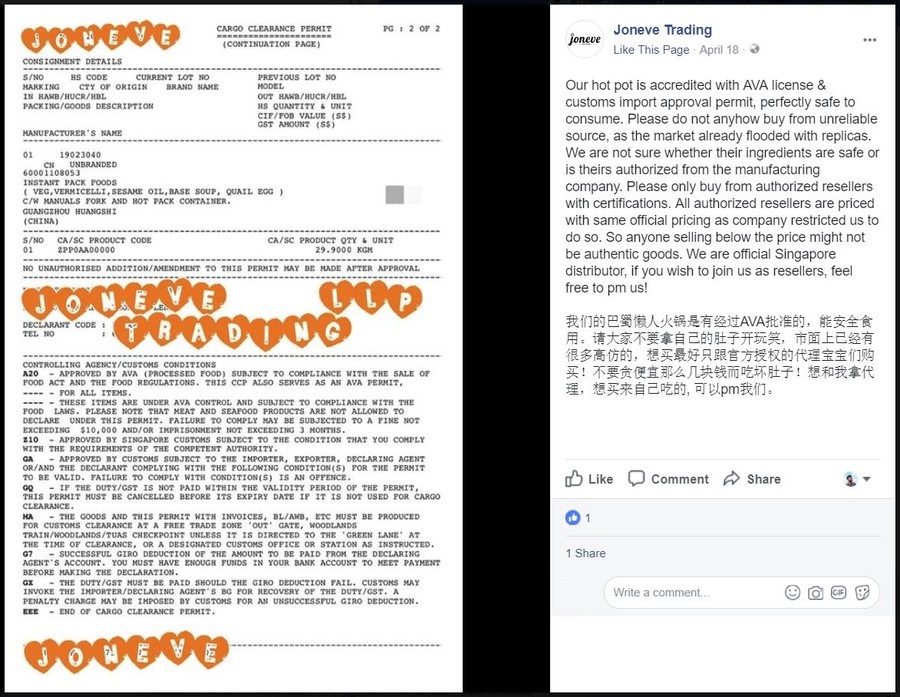 In the post, Joneve Trading claims that their hotpot is “accredited with AVA license & customs import approval permit”, and is “perfectly safe to consume”.

Well, in the same statement, AVA says that there is a fake ‘AVA certificate’ circulating online. However, AVA did not specify which certificate it is referring to, and might not be referring to Joneve’s. Separately, Joneve has contacted MustShareNews to assert that their certificate is “genuine issued by [the] AVA”.

Nonetheless, ST confirms that Joneve made a false declaration in the Cargo Clearance Permit above. The permit was applied for items that do not contain meat or seafood, but AVA discovered that the instant hotpot does indeed contain meat.

An ST article in July states that Ba Shu Lan Ren has six suppliers in Singapore. While it is unclear how many suppliers have had their stocks seized, mala hunters can still find these instant hotpot boxes easily on Qoo10 and Carousell.

But you probably shouldn’t be eating them.