Interior Designer Has Not Returned Homeowner’s Deposit, But Will Do So Through Installments

You could be browsing memes and watching YouTube videos instead of doing your work.

Or take three-hour lunch breaks and spend more time in the pantry than your cubicle.

Well, take solace in the fact that almost anything you do won’t be as irresponsible as what this interior designer allegedly did.

Someone called Alvin Tan has taken to Facebook to publicly expose the dealings of one “Bryan Lim”.

The absentee interior designer stands accused of failing to carry out the bare minimum as promised, before going MIA after only two days of work.

You can find Mr Tan’s post below, along with a summary of his narrative after the break.

According to Mr Tan, the deposit and keys to Mr Tan’s future abode were handed to Mr Lim, who started work on 1 Mar.

It’s not specified how much he was engaged for, or how much the initial deposit amount was.

He worked away on this new endeavour for all of two days, before work on the home ended just as soon as it began.

Which left the house looking like the textbook definition of a fixer-upper: 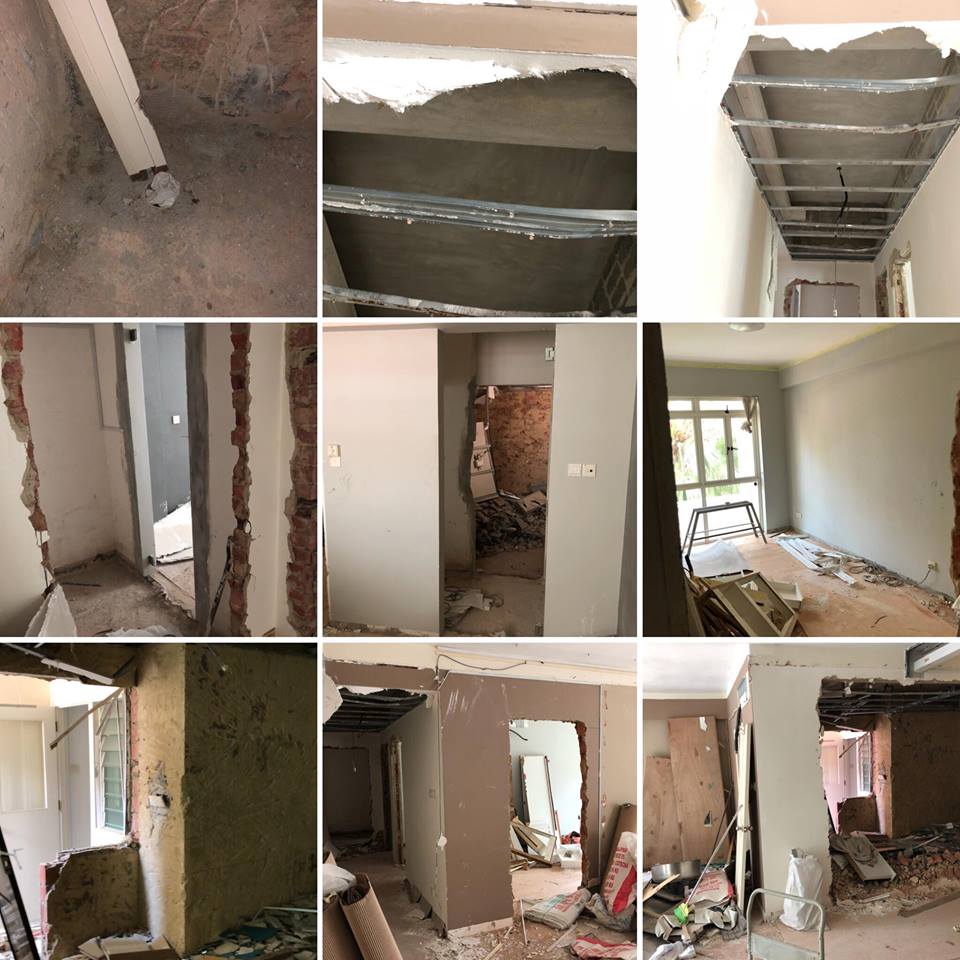 This behaviour allegedly continued throughout the month.

From being unresponsive to messages to dodging requests for a “simple” receipt, Mr Tan claims Mr Lee did them all.

Aside from not replying to messages for an entire day, Mr Tan also had to endure Mr Lim’s fondness of skipping meetings with electricians and “partition guys”.

Also, the aforementioned electricians and “partition guys” were engaged by Mr Tan himself, as Mr Lim had failed to find one since Oct 2017.

When asked about his no-show, Mr Lim allegedly said it was because Mr Tan called him a lousy designer, a claim that Mr Tan refutes.

Mr Tan has also helped him fix his cars on numerous occasions, agreeing that the bill be offset with the renovation costs.

From the looks of the texts, the two of them addressed each other as ‘bro’ so frequently, you could even turn it into a drinking game.

This was when Mr Tan was trying to get Mr Lim to email him the invoice for the planned renovation. 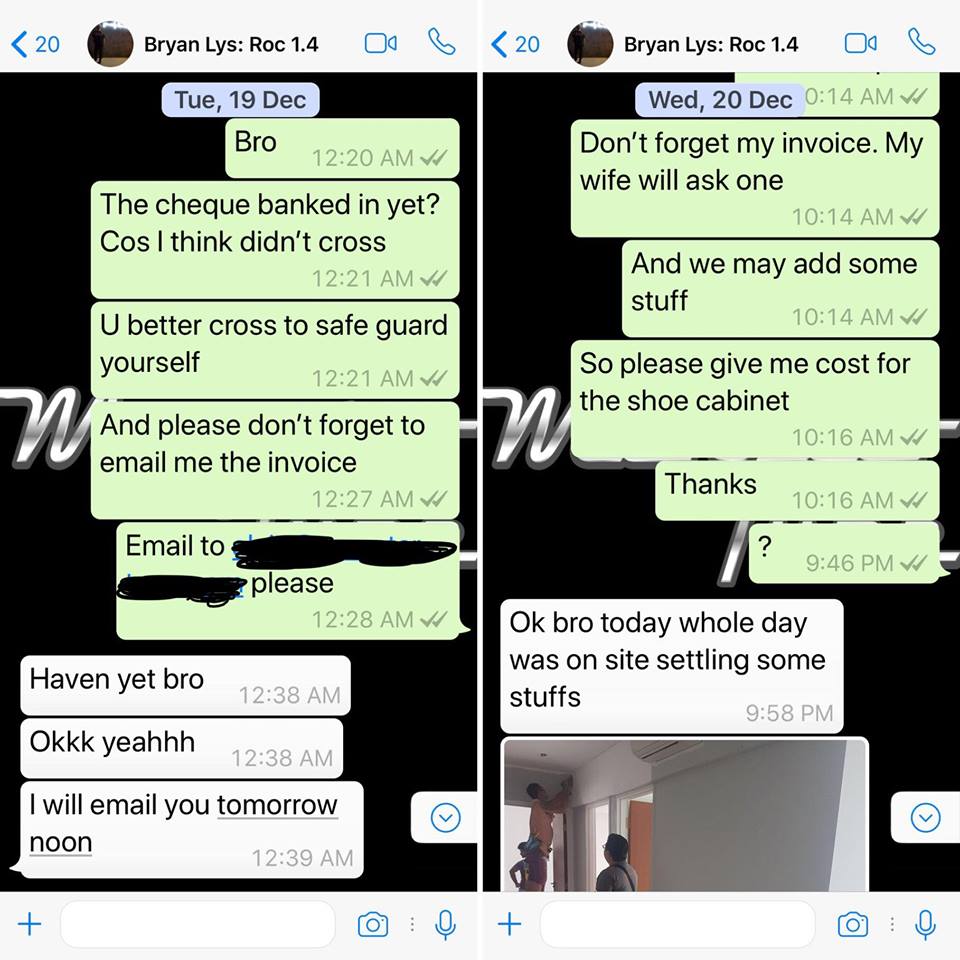 Take a look at how much of a tricky business sending an email can be for a small business owner: 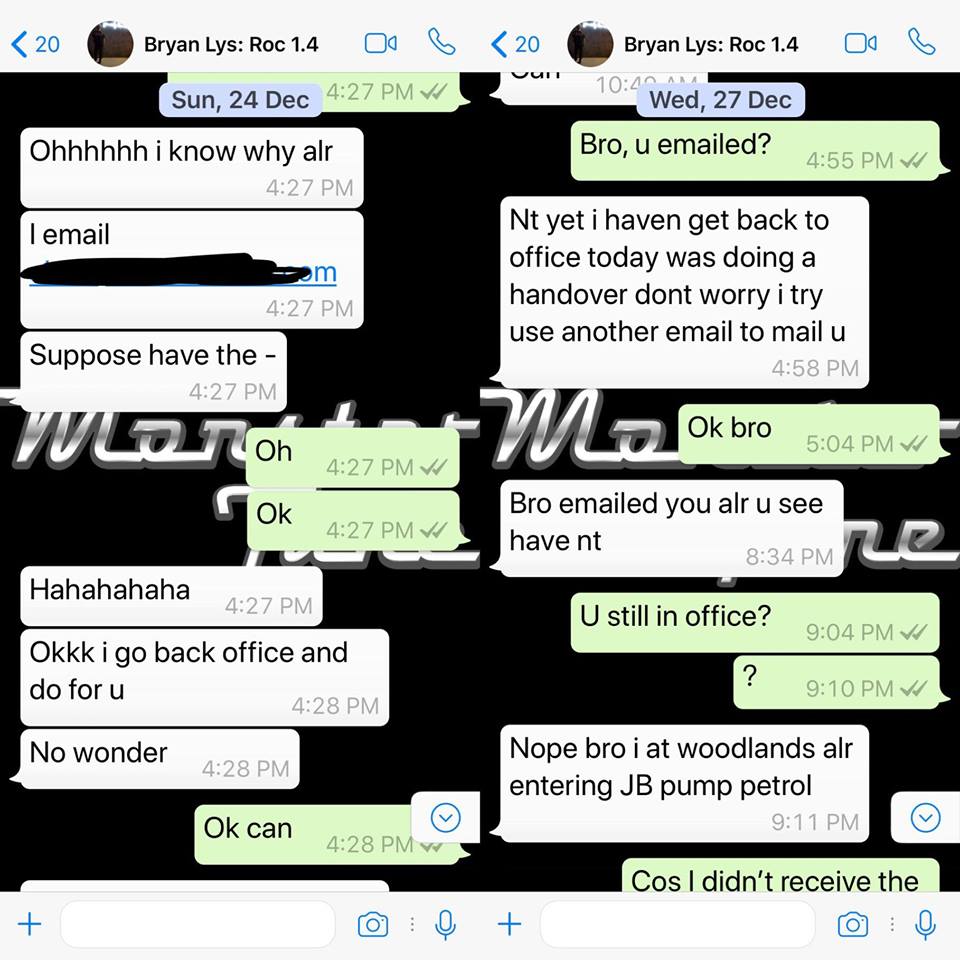 However, the worst language visible in the texts exchanged seems to be the acronym “WTF”, screenshots of which are below.

A resolution, kind of

Through certain mutual friends, Mr Lim agreed to meet Mr Tan to discuss the return of his refund.

Citing difficulties returning the full amount, Mr Tan has allowed Mr Lim to pay him back through installments.

The first of these installments payments is due on Thursday (3 May).

We’ve also reached out to Mr Lim for his side of the story, concerning these allegations.

This article will be updated as more details roll in, so stay tuned.