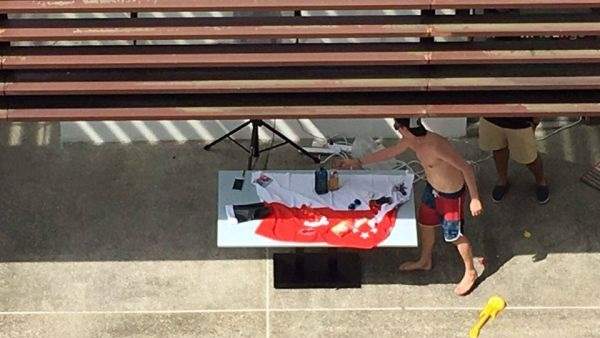 Photos of a man using the Singapore flag as a tablecloth have surfaced earlier this week. On Monday (28 Dec), All Singapore Stuff published a reader’s account of the incident.

The person who gave the tip-off said:

Yesterday there was a party going on below my friend’s block at the Levelz Condo at Farrer Rd and I was shocked to see that the Ang Mos there actually used our Singapore flag as a table cloth!

The whistle-blower also said that a police report has been filed for the misuse of the Singapore flag.

As patriotic Singaporeans, many would be flipping the tables upon seeing how foreigners are trampling on our dignity. 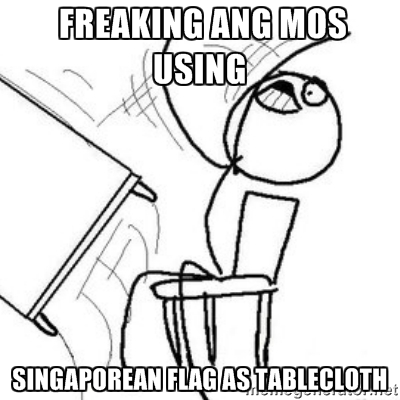 The Embassy of Israel’s spokesperson said in a press statement that it was “appalled to learn about the deplorable behaviour displayed by one of its junior staff members and expresses its sincere apologies”.

In a further statement, the Embassy said:

The Director General of Israel’s Ministry of Foreign Affairs has instructed that requisite strong disciplinary procedure will be adopted against the individual after his meeting with the Singapore authorities, reflecting the severity with which Israel views this incident, especially in light of the close and friendly relationship between Singapore and Israel.

A spokesperson from the Ministry of Foreign Affairs (MFA) stated that Singapore has accepted Israel’s apology, saying:

The misuse of the Singapore flag is a serious offence. We welcome the Israeli Embassy’s apology and assurances that it will undertake the necessary disciplinary actions against the individual concerned.

The MFA representative also reiterated that foreigners and diplomats are not above the law and should follow the laws and regulations of Singapore.

However, netizens are enraged

Some netizens complained that it was against the law and the diplomat should have been turned over to the Singapore Police.

Others were smart enough to pick up that the diplomat had Diplomatic Immunity, which means that diplomats enjoy “immunity from the criminal jurisdiction of the receiving State,” and are protected from the laws of the host country (which is Singapore in this case).

Some Singaporeans started questioning if the government would be so forgiving if it was a Singaporean who did the exact same thing.

Tan Kin Lian, who ran for the 2011 Presidential Election, expressed his doubts about the junior diplomat being the culprit and questioned if it could possibly be a Singaporean or work permit holder instead.

Other netizens commented that Israel should step into Singapore’s shoes and were interested to find out how they would react if the same thing happened to them.

Others were more objective and applauded Israel’s initiative to apologise. 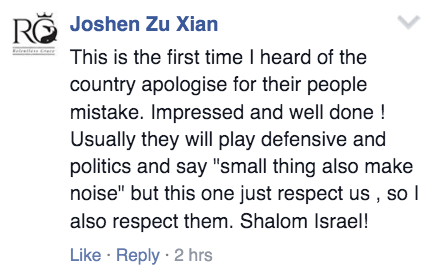 Singapore and Israel have shared an intimate relationship since the birth of Singapore as a nation. The way Israel handled the situation shows how our close friend treats us as equals, and with respect. Israel did not trivialise the situation and took the initiative to apologise.

Although what the junior Israeli diplomat did was out of line, we should let bygones be bygones and continue to support and reinforce our friendly ties with Israel.

Featured image via Imgur
With reference to Today, ChannelNewsAsia