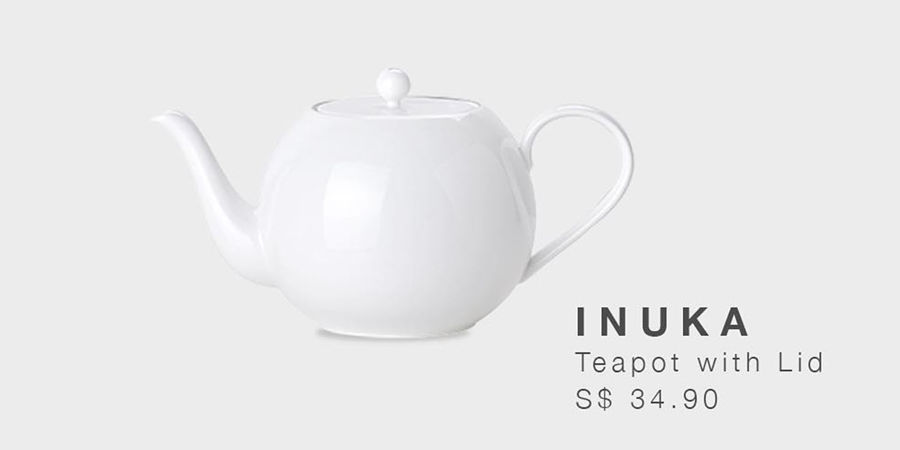 Tributes to Inuka the polar bear have been pouring in, especially since news of his passing got out.

However, a local homeware brand IUIGA has received flak for a poorly conceived tribute of their own.

To bring everyone up to speed, Inuka the polar bear was put to sleep at the Singapore Zoo on Wednesday (25 Apr), due to poor health. Less than a day after his passing, IUIGA released a Facebook post that got Singaporeans riled up, as they believed the company was trying to profit off Inuka’s death.

What’s got everyone so rattled, you might be wondering?

Basically, IUIGA announced that they decided to name their porcelain tea-set series after Inuka.

Let’s take a look at the teapot: 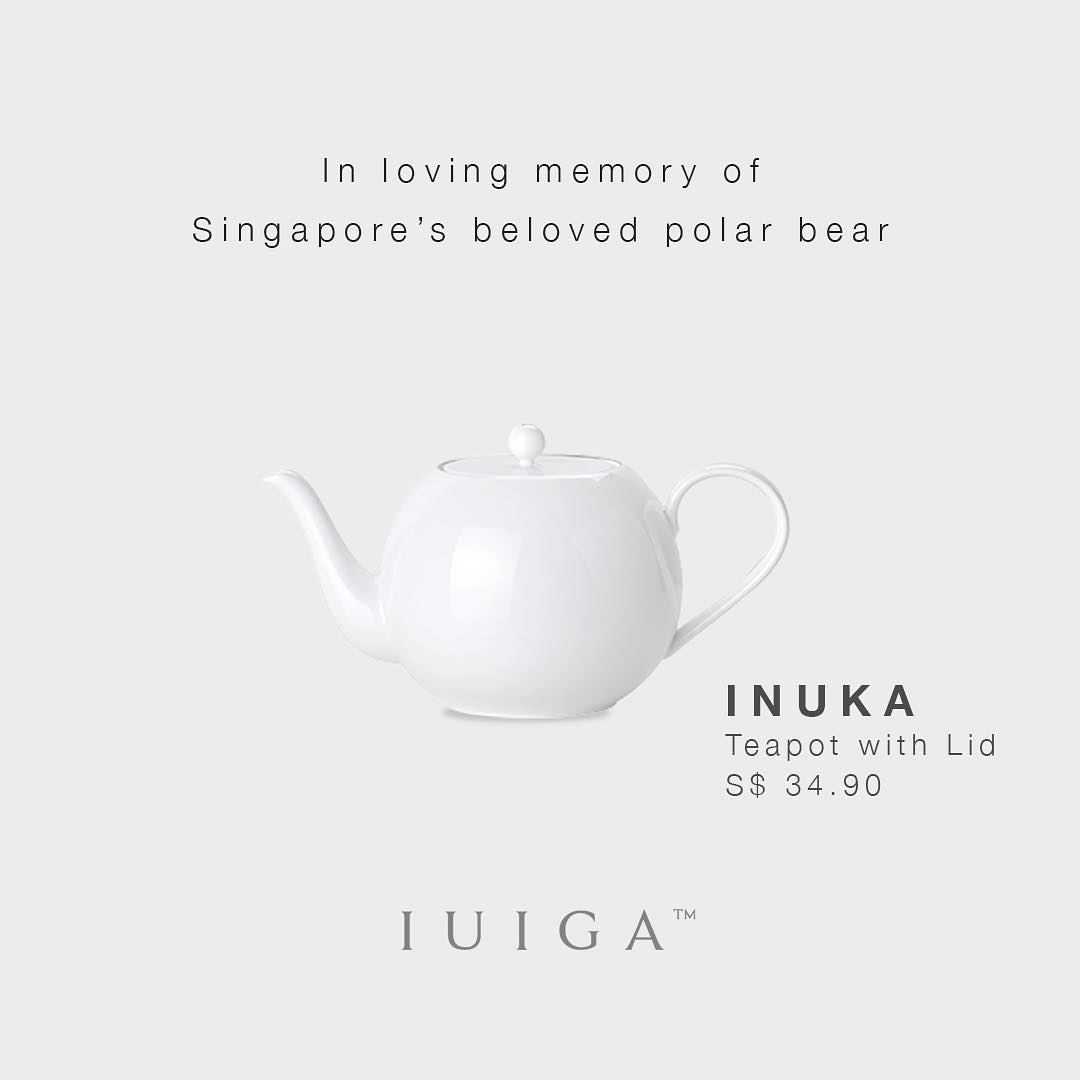 This could have provoked the ire of Singaporeans because the ‘Teapot with Lid’ goes for S$34.90 — a price that’s considered on the steeper end of the scale.

Now here’s the Twin Tea Set in the series: 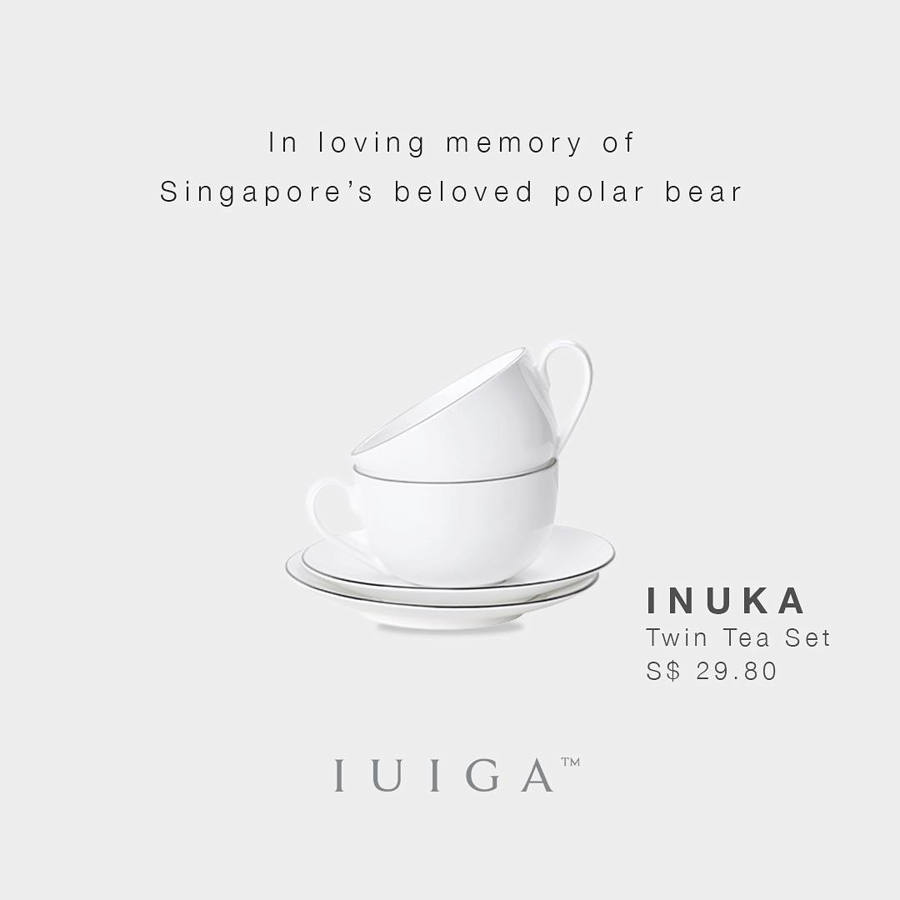 Their Twin Tea Set is going for S$29.80, which is above average, considering a similar set is for sale on Redmart for $10.90.

And lastly, here’s the Sugar Jar with Lid from the Inuka series: 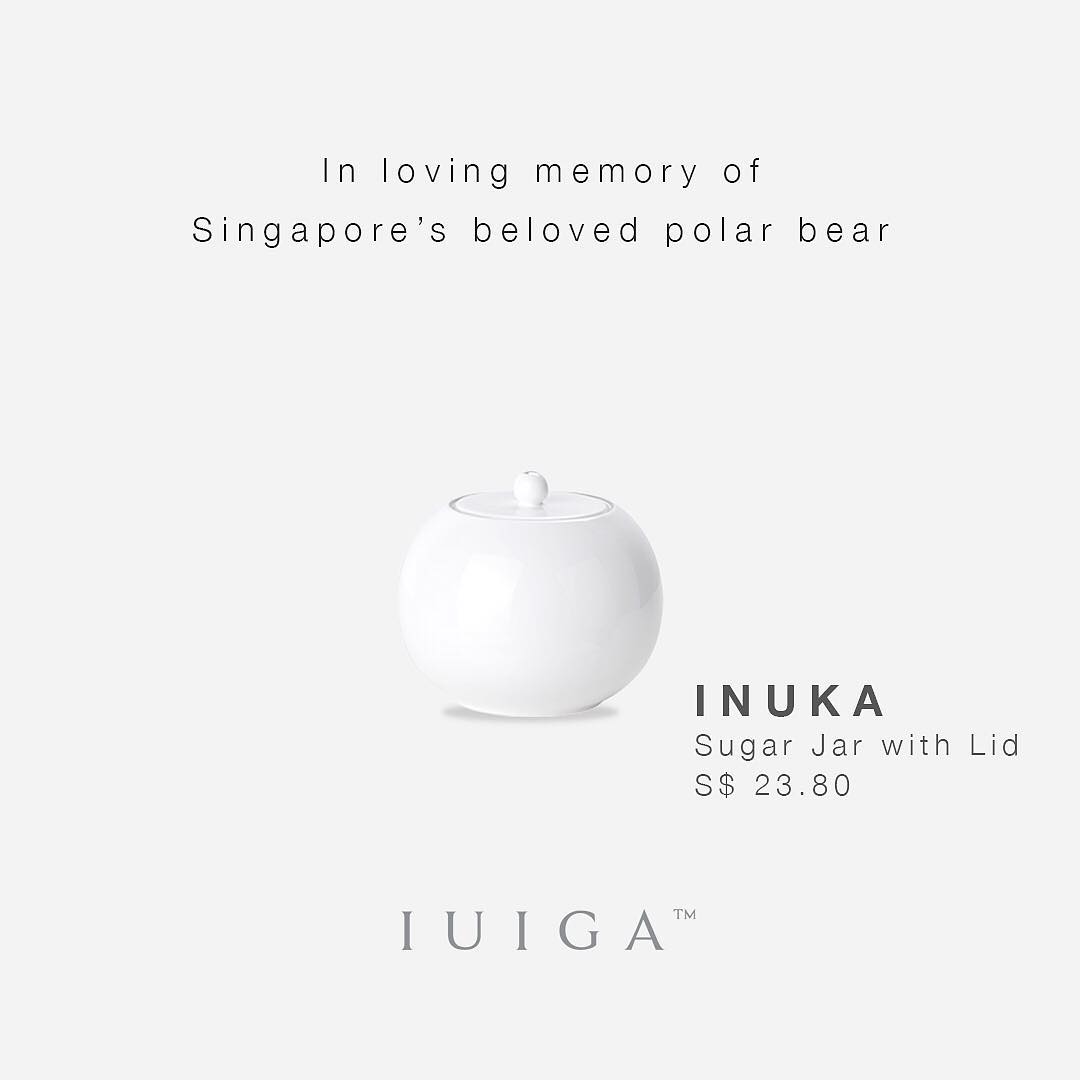 While the MustShareNews team can’t speak for the sincerity of IUIGA’s tribute, we can understand why Singaporeans are mad.

In honour of the joy Inuka has brought us, we’ve decided to name all our Porcelain kitchenware after him. White, beautiful, and commanding a strong presence, the Porcelain Series will cement Inuka’s legacy as the last Polar Bear in Singapore.

Because their prices are slightly higher than other retailers, it may have come across like an attempt to profit off Inuka’s death.

Netizens voicing their distaste over the tribute

Clearly, Inuka meant a lot to everyone — which explains why netizens were pretty upset with what they deemed a ‘thoughtless’ tribute.

Let’s take a look at what they had to say about the matter. 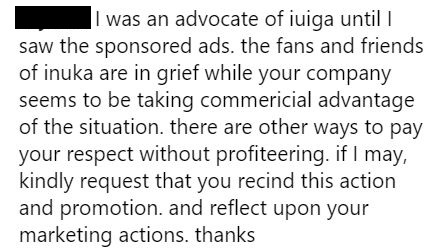 A Singaporean pointed out that “fans and friends of Inuka” are still in mourning. And that taking the opportunity to profit off him is “taking commercial advantage” of the situation.

Another netizen questioned the relevance of cups and saucers, and how it cements Inuka’s legacy.

As the only similarity to Inuka is that the teapot is white in colour too, this might be a good point.

Some, like the person who wrote the comment above, thought that the tribute was only distasteful because IUIGA was keeping the profit.

They suggested that the money should be donated to a worthy cause, like an animal welfare charity.

And lastly, this netizen, like many others were simply appalled by the costly porcelain cups and saucers.

Following all the unhappy comments on IUIGA’s social media pages, they have issued an apology regarding the whole situation.

Here’s what they said:

We heard you regarding our tribute to Inuka with our range of porcelain tea series. We understand that this is a sensitive issue, and IUIGA’s goal was never to profit off animal welfare. However, the IUIGA team would like to sincerely apologize on the sensitive time period of the campaign launch, and for any upset the post has caused.

All proceeds from our Inuka line of products will be donated fully to non-profit organization, Polar Bears International, which is dedicated to the conservation of the polar bear and its habitat through research and education.

Based on their apology, the MustShareNews team is inclined to believe that no harm was intended by their tribute. 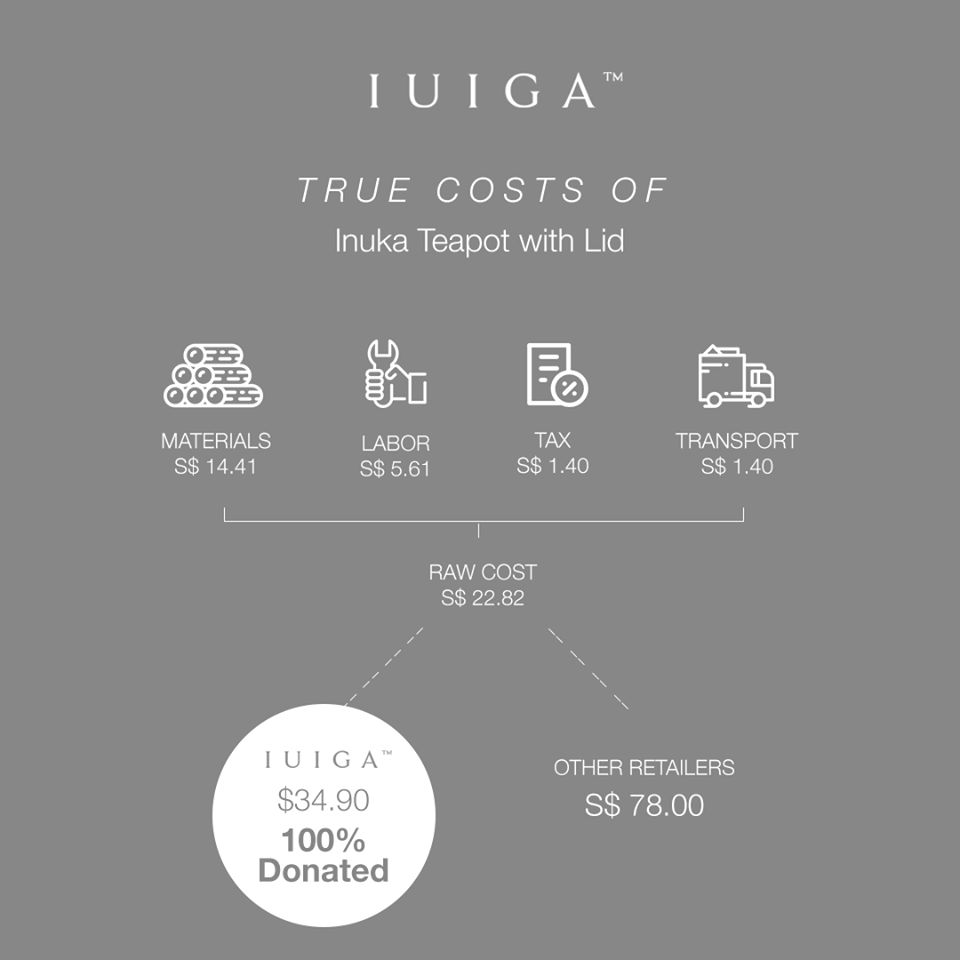 They even went as far as to break down the cost of the Inuka Teapot with Lid:

As the breakdown shows, IUIGA was not trying to make a huge profit off of the tribute. Of course, we can’t confirm the accuracy of the costs displayed.

However, their apology concluded that all proceeds from the Inuka line will be donated to a non-profit organisation called Polar Bears International.

Which hopefully cements their commitment to helping polar bears in need.

A lesson in marketing

While we’re glad that this story has a positive ending, it has left brands with a very important lesson.

Like most things that companies share online, it is always wise to have vetting done multiple times, to avoid such a faux pas at all costs.