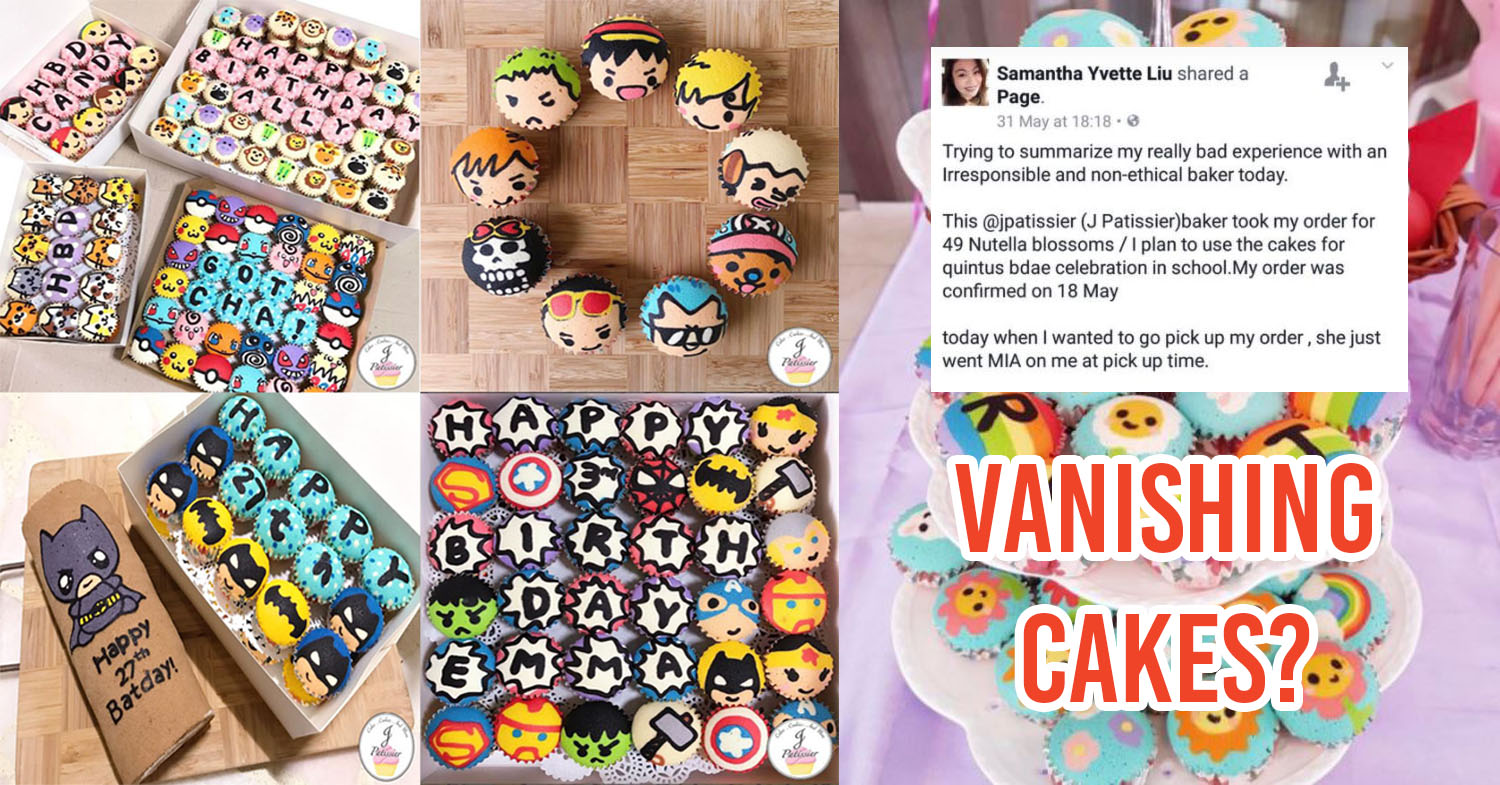 All the guests have arrived and everyone at the party is ready to indulge in delish food and have a ball of a time. But wait, there’s just one slight problem: 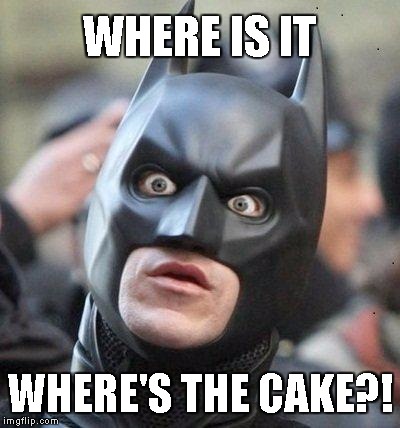 Because what’s a party without cake, right?

Several customers of J Patissier will say they can relate to such a situation.

Priding itself on its swiss rolls, J Patissier is an online design cake shop that bakes sweet treats for special occasions such as Mother’s Day and birthdays. 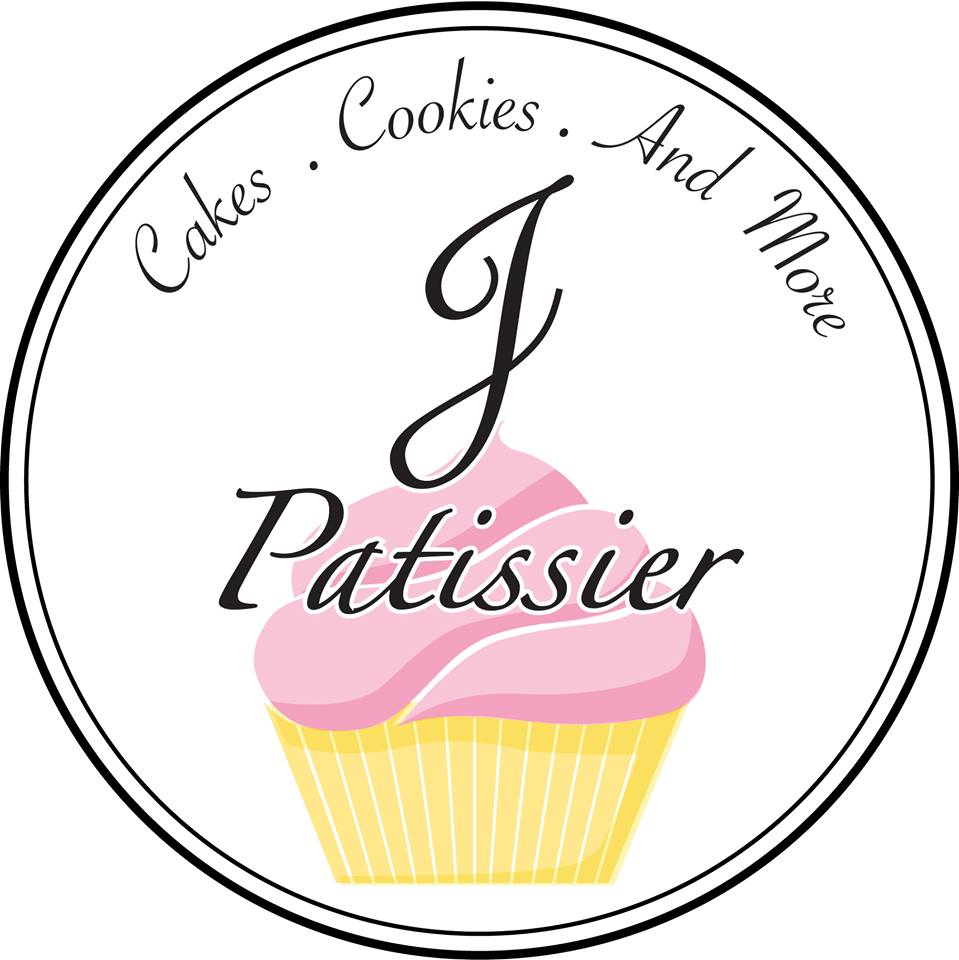 One can imagine kids going gaga over their creative cookies, cakes and nutella blossoms that are designed after prominent fictional characters like Pokémon, Marvel superheroes, Harry Potter and One Piece characters. 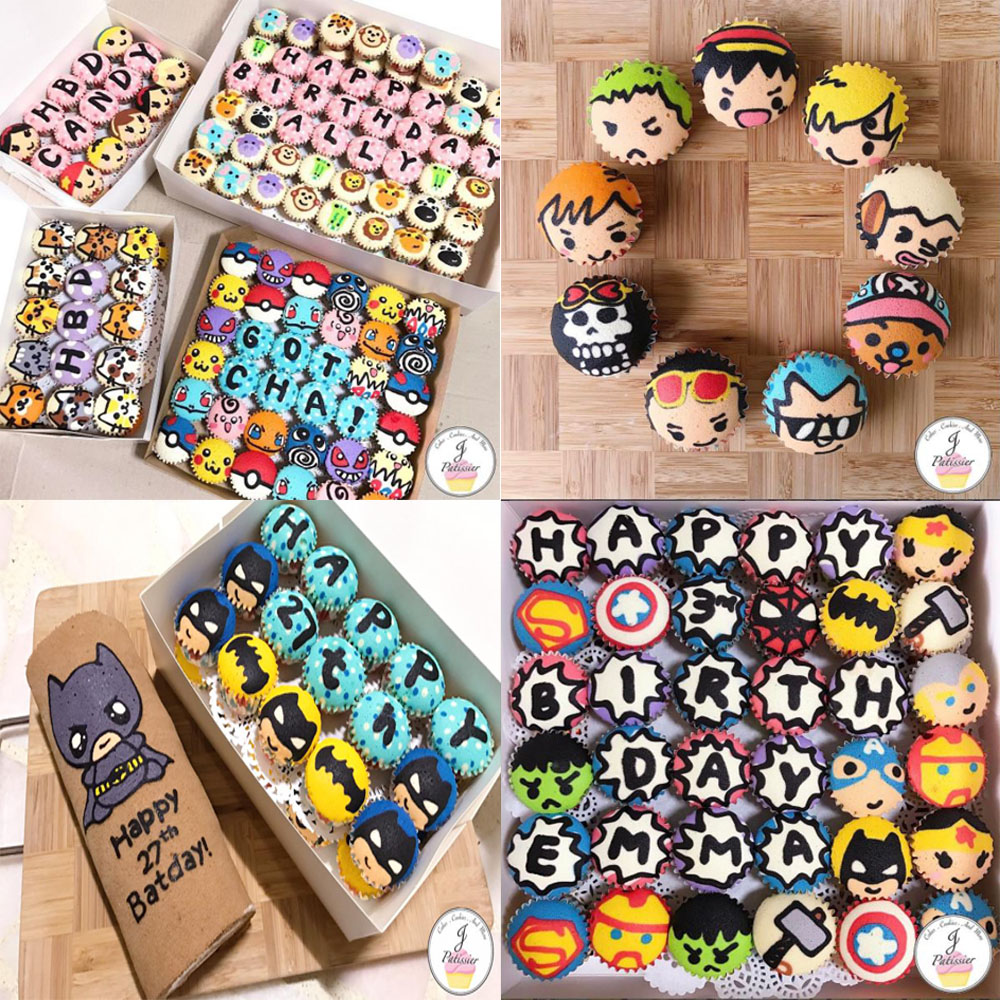 These cute colourful bakes seem like a great way to brighten up a party right?

Provided the bakes arrive on time — or at all.

The online cake shop has come under fire after a netizen by the name of Olivia O. Lim shamed it on Facebook — including over 30 screenshots worth of evidence.

She claimed that J Patissier had faced the wrath of many unhappy customers on their Facebook page, but the posts were censored.

Here are a series of text messages between Olivia and the lady behind J Patissier (who according to a picture posted by Olivia, appears to be a lady named Janice Ong):

Olivia placed an order with the shop for a party which amounted up to $164. She was told she’d be able to pick up her order at 9am as her event, which seemed to be a baby shower in light of her child’s first month, was at noon.

She provided evidence of her payment as well. 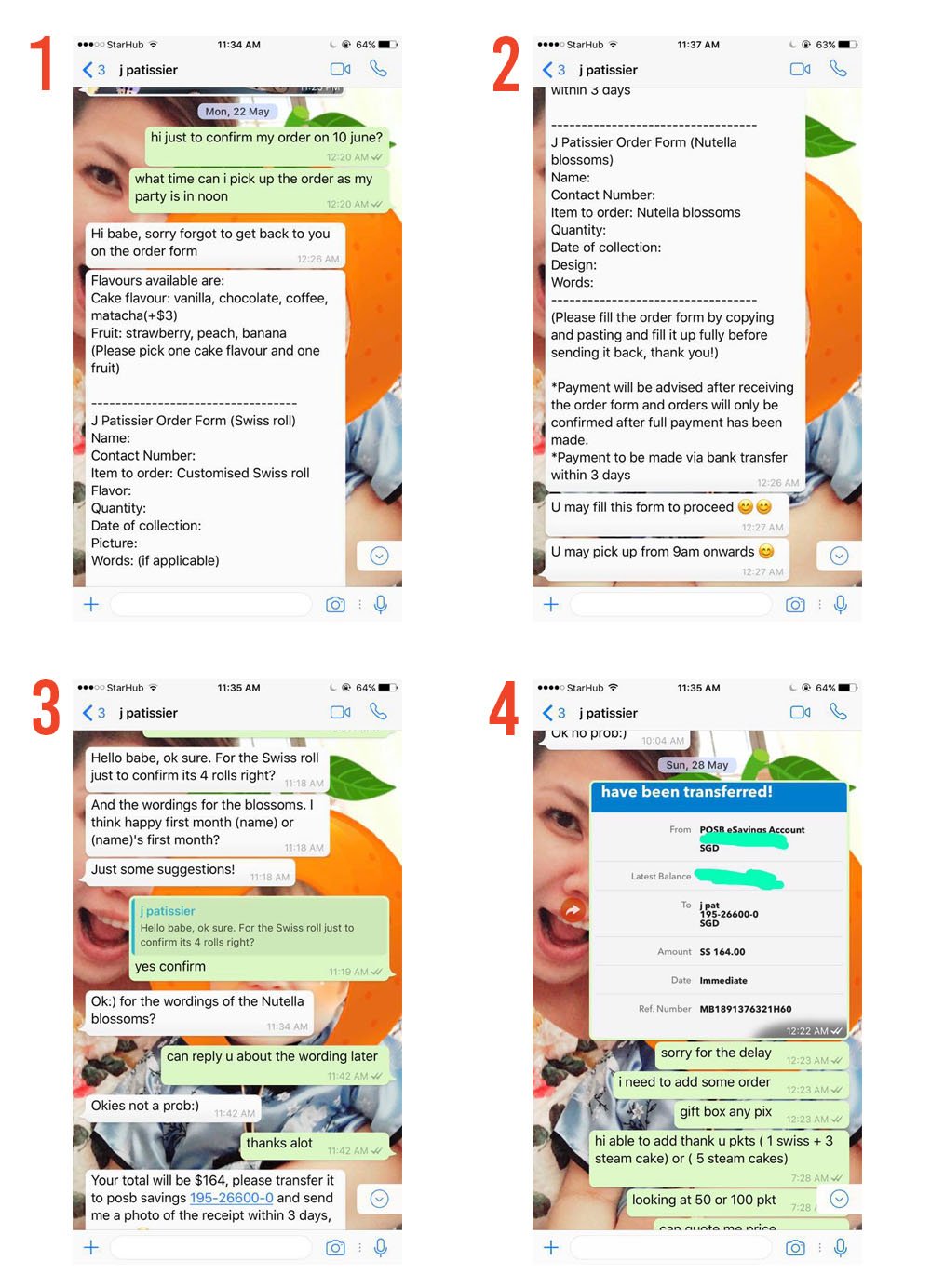 On Saturday (June 10), the day of Olivia’s event, she messaged Janice at 7am in the morning asking for the pickup location. She said only after making over 30 calls did Janice finally reply, giving the reason for her late reply as that she was asleep.

It was around 10am when Olivia threatened to call the police — demanding payment be reimbursed by noon that day.

According to the screenshots, Janice said it was unfair of Olivia to blame her as she’d only confirmed the pick up at the last minute (on the day itself, it seemed). 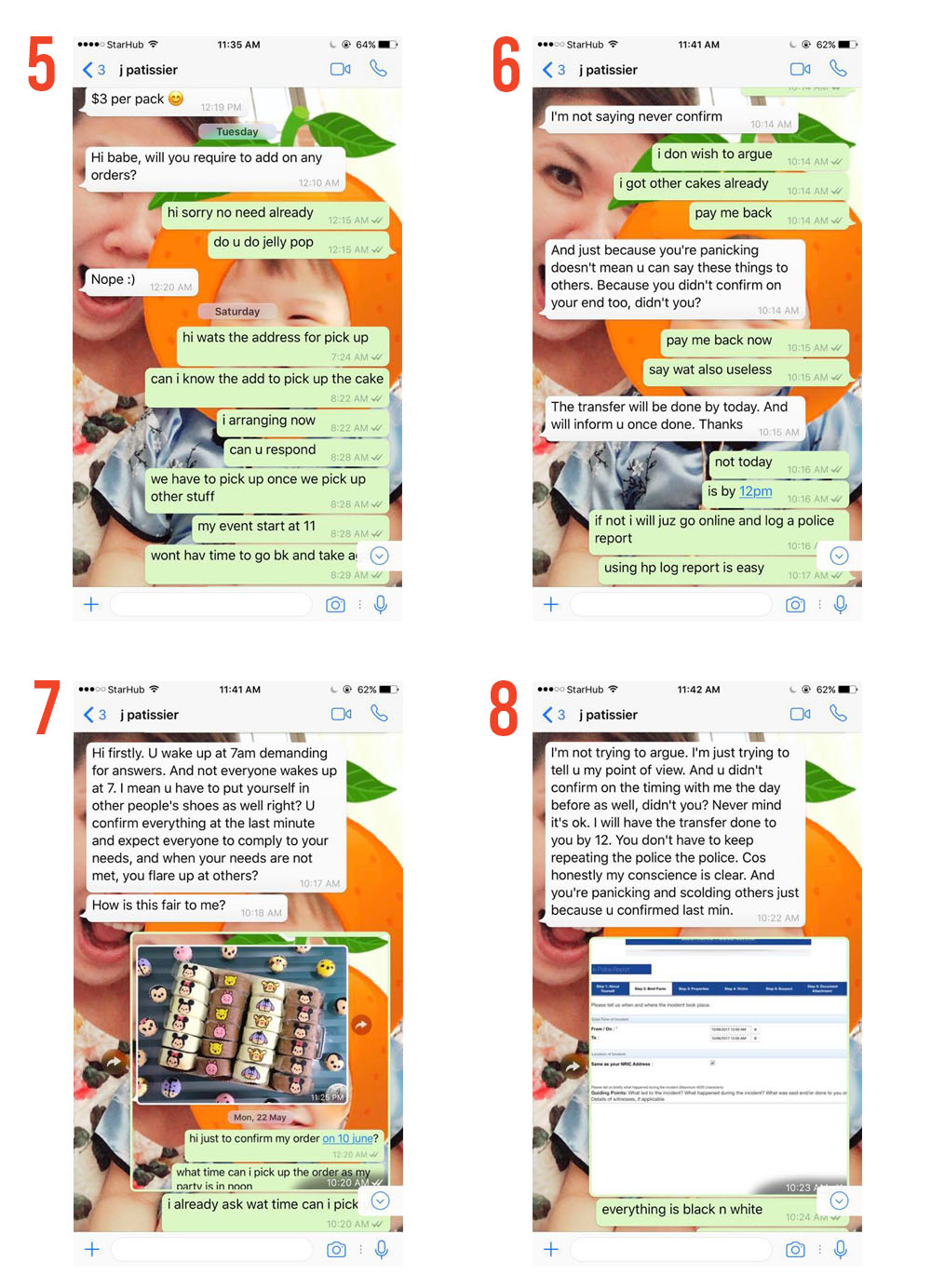 Bear in mind that this was only around 10.20 am in the morning — meaning if the cakes had already been prepared beforehand, arrangements could still be made to ensure delivery would arrive before 12pm.

In this case, both parties were obviously at fault.

Olivia had initially stated that her party was in noon yet on the day itself she said her event started at 11am, giving Janice an hour less to prepare.

But Janice agreed that the cakes would be ready for pick up at 9am, yet she only woke up at 10am. And one wonders if she even prepared the cakes at all. If she had, wouldn’t she have apologised and done something to salvage the situation than pick a fight with her customer and risk forfeiting her payment? 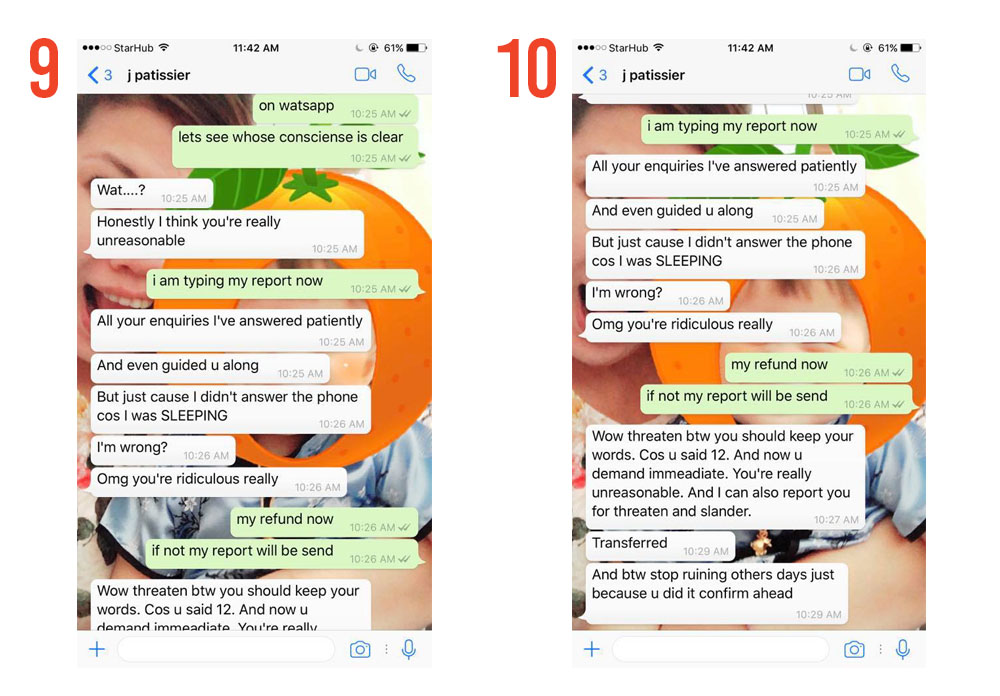 This could have just been a case of miscommunication between the two, if Olivia hadn’t managed to provide further evidence of other customers who’ve been played out by J Patissier.

Flabbergasted, Olivia went through the archives to dig out the grievances aired by the many dissatisfied former customers of the bakery.

It appears as though J Patissier has allegedly bailed out on customers quite a few times before.

Here are some unfortunate netizens who said they had fallen prey to the alleged vanishing-cake merchant:

All these reported cases seem to follow a similar trend:

However, despite all the negative criticism that has been streaming in towards them, a brief scroll through their Instagram account shows that they’ve had their fair share of satisfied customers. 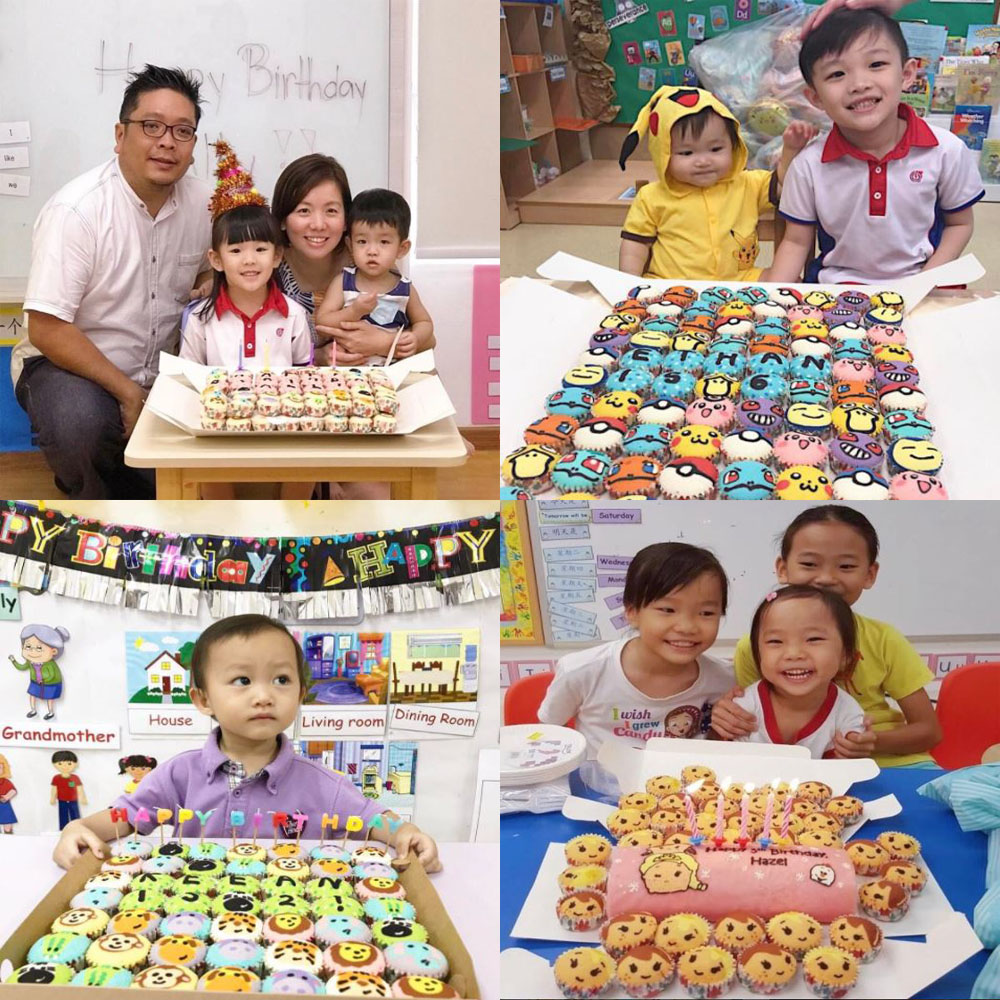 Well at least some people seemed to be satisfied.

If the multiple complaints are true, the bakery’s actions (or rather, lack of action) are causing unnecessary panic and chaos to customers who are just trying to organise a successful party.

If for some reason the bakery is unable to cope with the demands of customers, it shouldn’t be taking up new orders in the first place.

Let’s hope it can do better than this.