Must Share News – Independent News For Singaporeans
Home Lifestyle Jack Neo Raps With Shigga Shay — But Fails To Hit The... 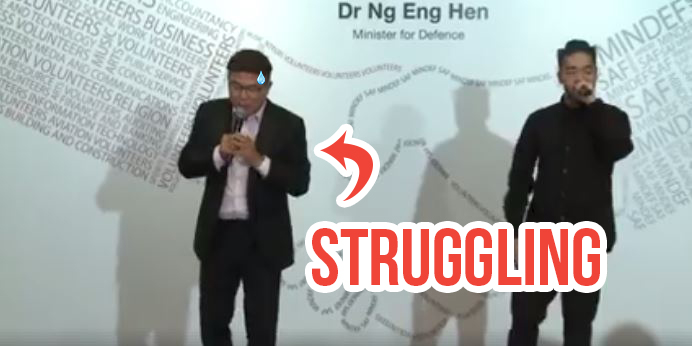 Jack Neo Raps Instead Of Directs For NS50 Album

Last week, Defence Minister Ng Eng Hen revealed that there will be a 6-track album released to commemorate 50 years of national service (NS) in Singapore. He also revealed that he will be singing on one track with Nathan Hartono, and gave us a sneak preview of it.

However, we think that a track that may elicit more interest from Singaporeans will be a rap titled “Book Out Day” performed by rapper Shigga Shay, as it’s inspired by true-to-life army experiences. And it also features a famous collaborator who has ditched his day job to make an appearance in the album — Ah Boys To Men director Jack Neo. 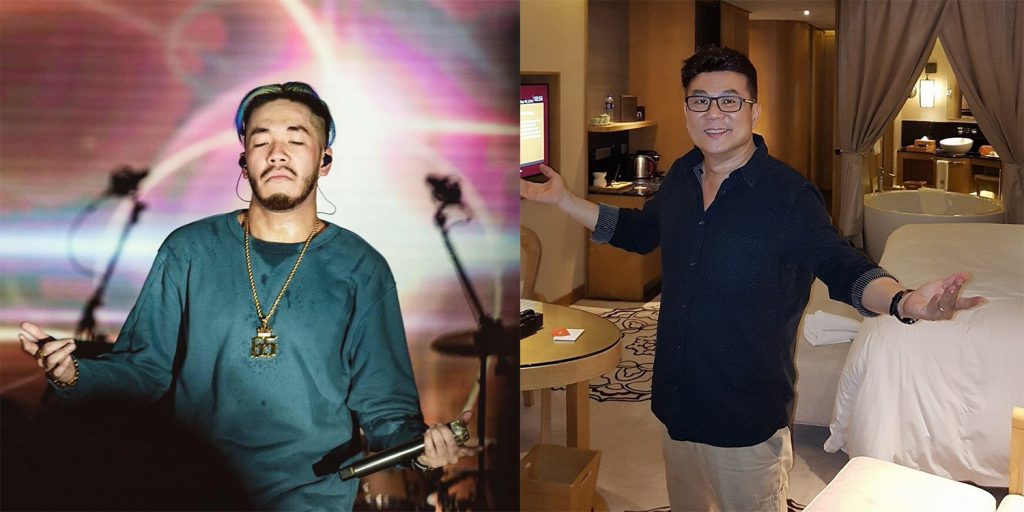 Those who attended the MINDEF Volunteers’ Dinner on Thursday (Aug 3) were treated to a “live” performance of “Book Out Day”, performed by Shigga Shay and Neo.

The event was hosted by Dr Ng, who curiously didn’t perform his own number on the album for the guests.

Watch a video of the performance, and try not to cringe:

While Shigga Shay gave an excellent performance, it was notable that his older counterpart struggled to keep up with the rhythm of the song.

From the video, Neo was obviously struggling to match the pace of the rap, and he had to refer to the teleprompter throughout his 20-second cameo, which begins at 0.57.

Why did they ask Neo to rap when it seemed like too much for him?

Most Millennials only know Neo as the director of the Ah Boys to Men movies.

However, those from an older era would know that Neo has a wider repertoire of skills than just directing.

Gen X Singaporeans know he’s a gifted comedian as well, as they grew up watching him perform on Channel 8 variety shows in the cross-dressing roles of Liang Po Po (梁婆婆) and Liang Xi Mei (梁细妹).

They also listened to him rapping in Hokkien. Yes Millennials, once upon a time Jack Neo could rap.

He even had his own albums out, on cassettes. Check out some of his raps below.

With Jack Neo banging out line after line fluently in his cassettes, his recent “live” performance unfortunately shows that his once-great rapping skills have gone down the drain.

Time To Hit The Beats

Are his declining rapping skills a result of his advancing age, lack of practice, or a symptom of his apparent comfort at milking his Ah Boys To Men franchise that means he does’nt have to maintain the standards he achieved in his prime?

Whatever the reason, Jack Neo needs to improve his rapping soon, because he may be called upon to perform “live” again — those who performed on the NS50 album will have to perform their songs “live” at the upcoming NS50 Sports Festival.

Otherwise, he could just take a leaf out of Dr Ng’s book and blend in with a group of actual professionals. Check out the video of Dr Ng’s track here, where he is at no time singing by himself.

PS5 Launches In S’pore On 19 Nov, Puts On Stunning Light Show At Gardens By The Bay