He is no longer a schooling athlete, having competed in his final National Collegiate Athletic Association (NCAA) Division I Swimming and Diving Championships over the weekend.

This means that Schooling is now considered a professional athlete and is no longer bound by NCAA regulations on prize monies from competitions.

Despite vowing to end on a high, Schooling didn’t sweep any medals at the championships.

He finished 4th in the 100-yard butterfly event, and 5th and 9th respectively in the men’s 200- and 400-yard medley relays, marking the first time he failed to secure a medal at the NCAAs.

Despite its factual accuracy, news outlet TODAY’s coverage of the championship faced the wrath of netizens for its snarky tone.

The headline rubbed netizens the wrong way, with some pointing out that it was akin to kicking a dog when it’s down.

Others questioned whether reporter Low Lin Fhoong could pull off a win similar to Schooling’s at the 2016 Olympics, where he clinched Singapore’s first ever gold medal at the Games.

That’s not the only transition the 22-year-old Olympic medallist made this week.

Schooling now joins the big league as a fully-fledged superstar athlete, complete with a high-profile product endorsement to his name.

On Sunday (25 Mar), he was unveiled as the first Singaporean ambassador of fashion retailer Hugo Boss.

The German brand released a series of promotional photos that appear to be taken on Singapore’s gloomiest day ever. 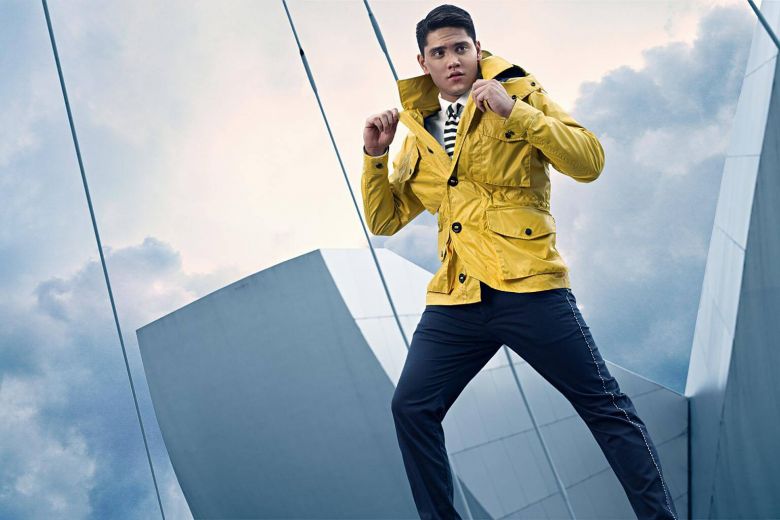 While we’re used to seeing the heartthrob in very little, dapper’s definitely a good look on him. He joins the ranks of actors Chris Hemsworth and Gerard Butler, who have both endorsed Hugo Boss products in the past. Schooling has also developed a capsule collection in collaboration with the retailer. This will be available when the Hugo Boss store at The Shoppes at Marina Bay Sands reopens on May 25. In a cookie-cutter statement, the athlete described his feelings about the collaboration:

It is a tremendous honour to be part of such an iconic brand. Being a Boss brand ambassador is significant to me because the brand’s focus on quality and authenticity resonates with me on a personal level. Even Tyra would be proud of that pout.

No news on how much the endorsement is worth, but we’re sure Schooling will be pouting all the way to the bank (in a Boss suit, naturally).