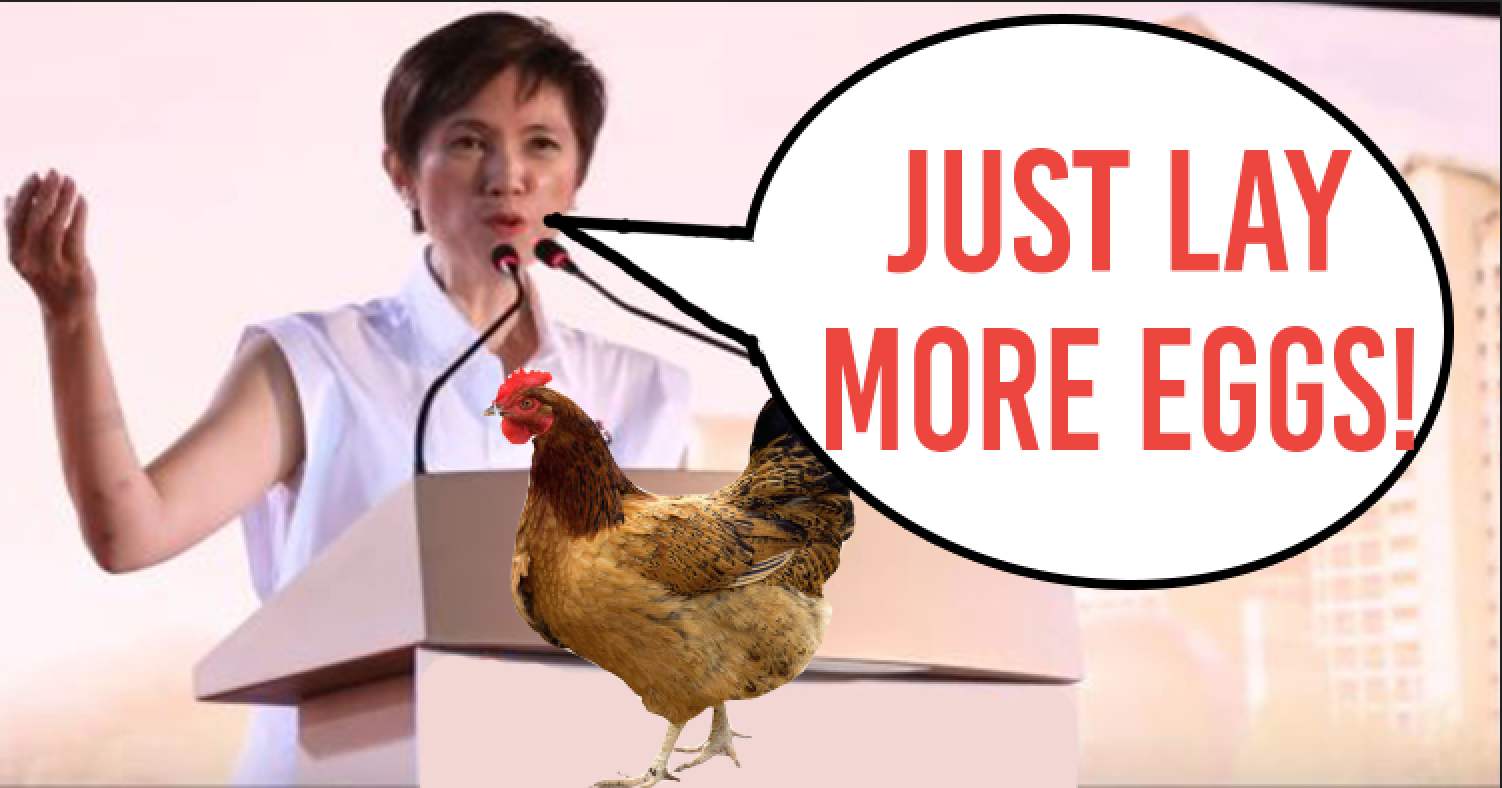 In another attempt to encourage Singaporean couples to play their part in increasing the total fertility rate, Senior Minister of State Josephine Teo appears to have stepped on some toes by comparing women to fowl.

In a lengthy post earlier this month on her Facebook page headed “WILL MOTHER HENS BE LAYING MORE EGGS?” (emphasis hers), she proceeded to quote a personal Lunar New Year anecdote before making a smooth transition to the topic of fertility, reminding millennial Singaporeans to pursue familial goals such as starting a family, on top of their career goals.

Unfortunately, some netizens ended up in a fowl mood as a result of her post, as can be seen by the comments made.

Many assumed Mrs Teo, who oversees the National Population and Talent Division, was calling all Singaporean women “mother hens”, and were offended by her analogy.

From the following Facebook user’s comment, it is apparent that some have still not forgotten Ms Teo’s derided comment where she claimed that we “don’t need much space to have sex”. Mrs Teo was alluding to her belief that couples don’t need to have a flat first to have a child. 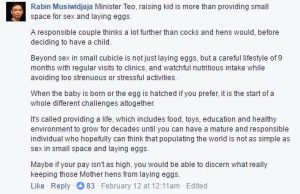 This Facebook user isn’t the only one who disagreed with Mrs Teo’s comment though, as seen from this poll on The Straits Times:

Coming To Her Defence

Despite Mrs Teo’s history of making controversial remarks, several Facebook users defended her, saying that those who were offended were being overly sensitive and taking her words out of context. 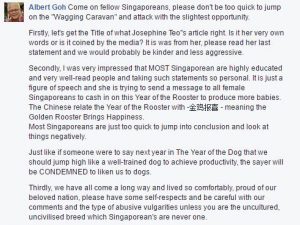 Pushing for couples to conceive before providing them with a HDB flat probably wasn’t the smartest idea — and we understand why the earlier statement was widely mocked.

But a simple analogy to link the lunar year of the rooster to the topic of fertility? We’re not sure if that deserves such a big backlash — her intentions are good.

But we hope Mrs Teo can think about what she says next time — people with a history of controversial statements can’t afford to be so free with their words.