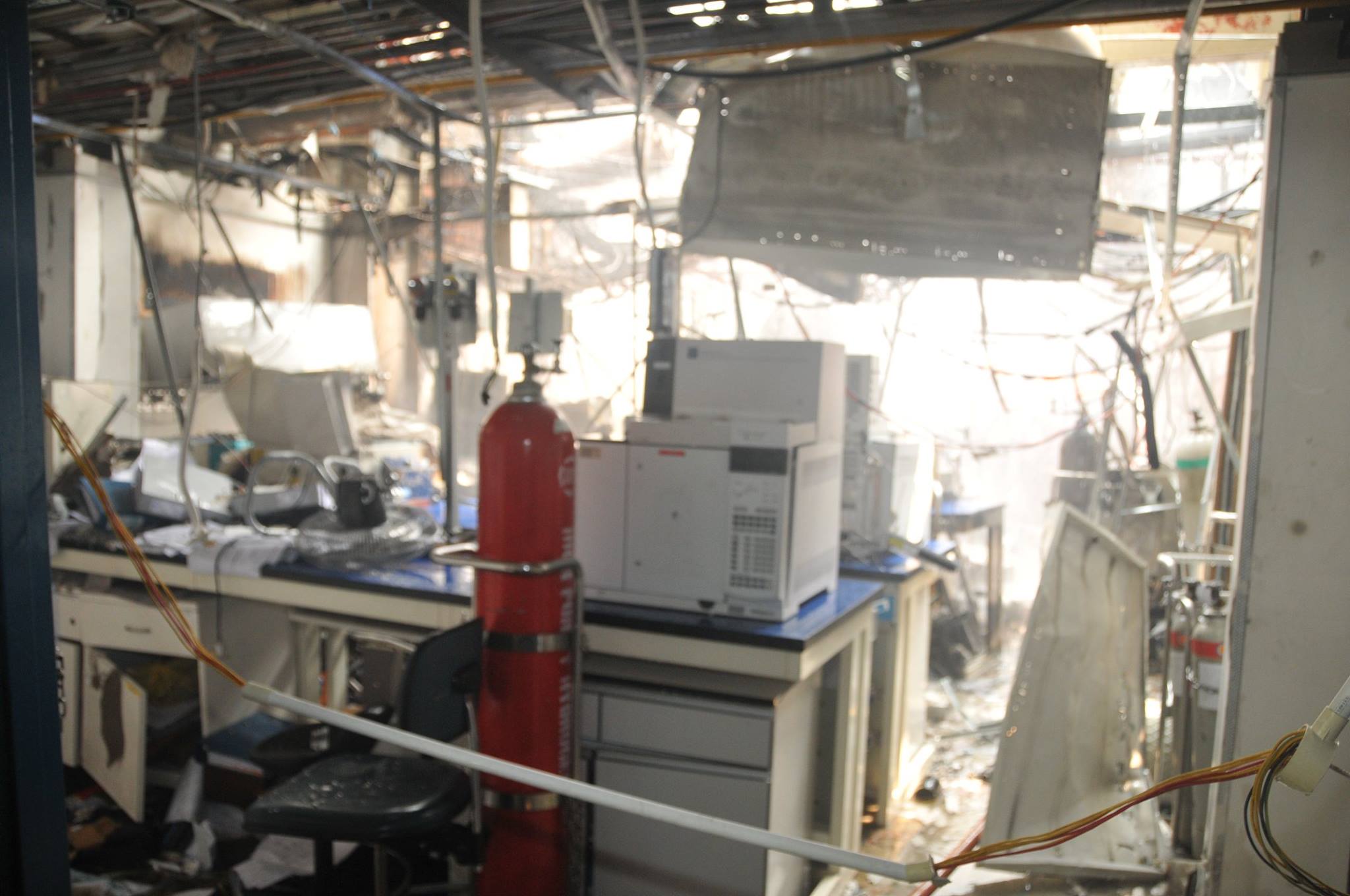 The laboratory fire that caused multiple explosions at a gas manufacturer in the Jurong industrial area on Monday (12 Oct) has claimed the life of one female worker and injured seven others. SCDF said that seven people were sent to the hospital with injuries including smoke inhalation, burn injuries and lacerations.

30-year-old chemist, Lim Siaw Chian died in the fire that broke out at Leeden National Oxygen’s premises along Tanjong Kling Road. She was in the lab with three others when the explosions happened, according to media reports.

Deceased had only just returned from maternity leave

Lim Siaw Chian had worked with the company for about a year. Originally from Malaysia, she recently obtained her Singapore citizenship. Lim Siaw Chian leaves behind her husband and a daughter who is six months old. She had just returned to work after maternity leave, just one week before the fire.

Tragically, Lim Siaw Chian herself grew up without a mother after her mother suffered kidney failure 22 years ago. Her mother was also 30-years-old when she died, according to news reports. It is reported that her remains would be sent back to her hometown Senai, Johor.

The Chemical Industries Employees’ Union has offered their assistance to all affected workers.

SCDF is investigating the cause of the fire.

Featured Image via SCDF
With reference from The Straits Times