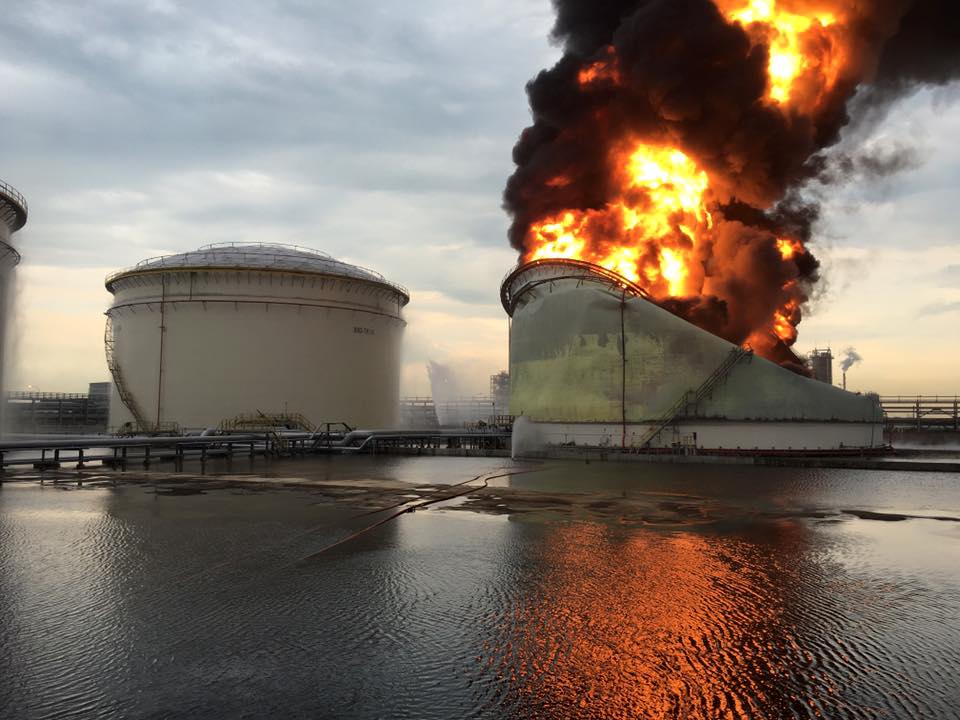 The fire, which started from a 40m-wide and 20m-tall oil tank contained about 20,000 barrels of light crude oil. The fire was so intense that it made the tank buckle in on itself.

The smoke coming from the facility owned by Jurong Aromatics Corporation (JAC) was visible even from mainland.

SCDF deployed 38 vehicles to combat the fire. SCDF said it was a race against time to prevent the fire from spreading to its immediate surroundings. SCDF surrounded and contained the fire with machines that doused the flames with water and foam. They also had to deploy a “large foam monitor” capable of spraying 6,000 gallons of foam per minute.

While no casualties were reported, a firefighter had to be sent to National University Hospital for heat exhaustion.

At 7.45pm, about 5 hours after the raging inferno started, the fire was finally put out.

All thanks to the firefighters who risked their lives.