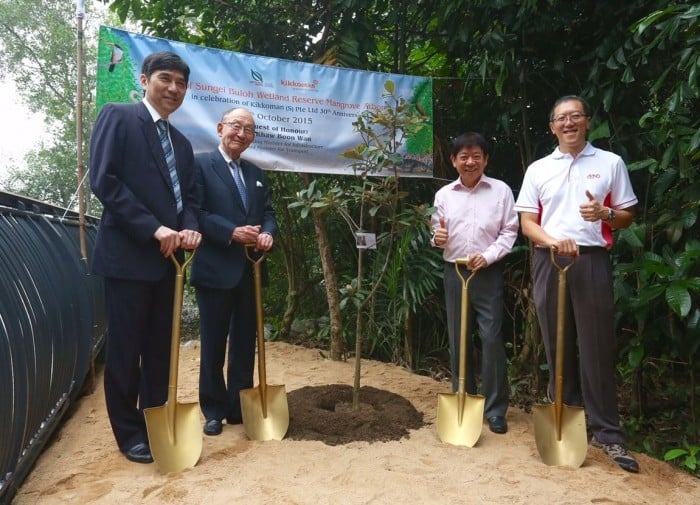 Let us let you in on a secret — besides being our Transport Minister and favourite blogger, Khaw Boon Wan is also secretly a gardener. 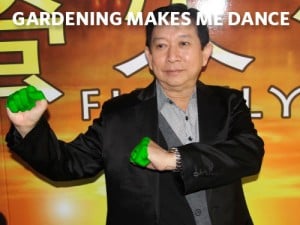 But his passion for plants is not-so-secret anymore, since Minister Khaw recently proclaimed his love for all things flora via recent Facebook posts. 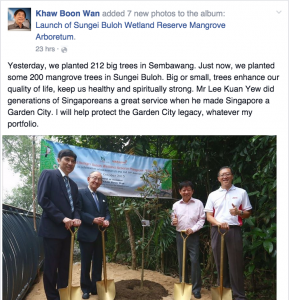 To further prove our point, let’s take a look at the 5 other reasons why KBW is a nature lover.

1. He loves to take walks in parks to de-stress

As well all know, Minister Khaw revealed in a recent interview  that he frequented the Sembawang Park whenever he was stressed over housing issues, and to just wind down after a long tiring day.

And remember what he said previously when he wasn’t interested in the Transport Portfolio?

In August’s introduction of the Sembawang slate for the 11 Sept General Election, he shared with reporters that he would not volunteer for the Transport Minister portfolio:

I think I have made enough trips to Sembawang Park. I cannot be camping there all day.

So we have a man who refused to take up the heavy responsibility of being the Transport Minister, only to later take on the position just because PM requested him to?

Evidently, he gave in to his love for nature (and Sembawang Park), and decided to take up the job.

So, we should be thanking Sembawang Park for gifting us with such an efficient Transport Minister :’)

Thank you Sembawang Park. Your efforts are greatly appreciated.

From the previous point, we know that Minister Khaw loves his happy place — Sembawang Park. Hence it’s of no surprise that he wishes to share his love for parks to all Singaporeans — by building more park connectors.

Yes. He had an entire blogpost about the Singapore park connectors.

Apart from praising the brilliant idea, he also mentioned about the recent launch of a new route. 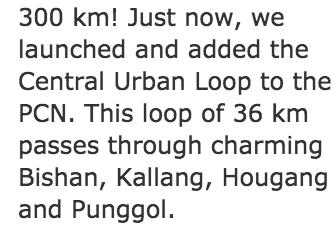 Only a nature lover would call the park connector ‘charming’.

The amount of passion he has for nature is truly admirable :’)

As you can see, 30km of Park Connectors will be completed in the next couple of years. He needs to share the joy parks bring him to EVERYONE.

Finally, he mentions “City in a garden”. Whatever happened to GARDEN IN A CITY?

Seems like we’re gonna become a little green dot instead of a little red dot.

3. He plans to turn cycling into a main form of transportation

From the second point we know for a fact that Minister Khaw loves to cycle. He even wishes to cycle every “km” of the park connectors.

However, in a recent blogpost on his MOT Blog he mentioned some of his plans he had in mind — to make cycling one of the main forms of transport in Singapore. 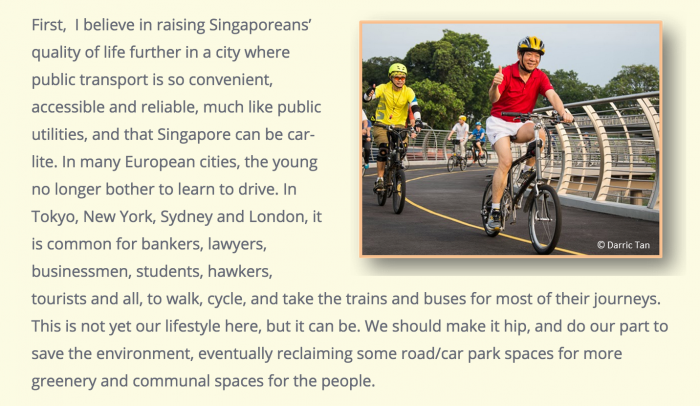 This is not yet our lifestyle here, but it can be. We should make it hip, and do our part to save the environment, eventually reclaiming some road/car park spaces for more greenery and communal spaces for the people.

The biggest piece of evidence that he plans for a more environmentally friendly Singapore. Nonetheless, the idea is a good one.

It’s official guys, Minister Khaw is a hippie who loves nature and cycling.

He must have thought of this in his usual spot where he goes to think about policies and stuff — Sembawang Park. That’s why the possible solution he thought of is so NATURE FRIENDLY.

Last but not least, he has not-so-subtly proclaimed his love for planting trees in his recent Facebook posts mentioned in the beginning of this article.

Let’s inspect them for a bit.

This post was from Sunday (4 Oct), when he planted 250 trees to create a green corridor linking the Sembawang and Yishun parks. Of course he’d do anything to improve Sembawang Park — his baby.

And not just any normal tree, he planted durian trees, mangosteen trees, and many other trees with Latin names.

He even had a moment with the birds and the butterflies — very much like Snow White.

In a more recent post, he planted another 200 mangosteen trees, but this time in Sungei Buloh. That’s right, once he starts planting, there’s no stopping.

Much feels. Many beautiful. Many many tears. :’)

There goes our little green warrior.

As seen from his most recent Facebook update, he has revealed that he practices tai-chi on a daily basis. Tai-Chi is usually practiced in parks and those nature filled places, which means he must be at one of the parks again.

While the sound (from the NS line trains) had never disturbed me, I would of course prefer total silence. But nowadays, I appreciate the wonderful sound of non-silence as it means the NS Line is functioning as scheduled 🙂

Our little green warrior and Transport Minister, on point as always. :’)

Familiar with these girls? For those who had no childhood, Minister’s Khaw’s spirit animal is the third one from the left — Flora, the fairy who has the magic of nature.

Nothing else could explain his earth loving and nature loving personalities.

He was made to be, Flora.

Or at the very least, Chatta, her little pixie helper. 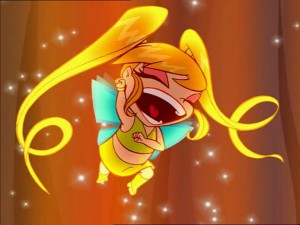