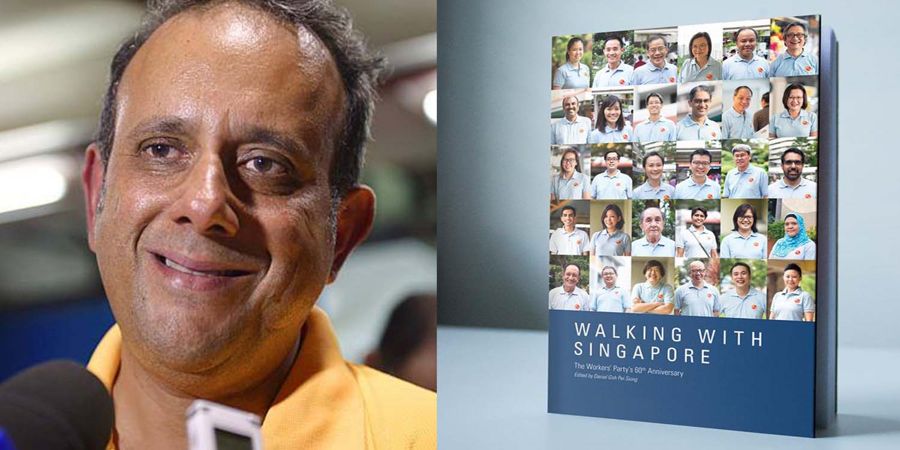 In celebration of its 60th anniversary, Singapore’s largest opposition party, the Workers’ Party (WP), is releasing a book which commemorates the political party’s rich history. However, it seems that at least one person is not enthused about the party hitting this milestone — Kenneth Jeyaretnam. 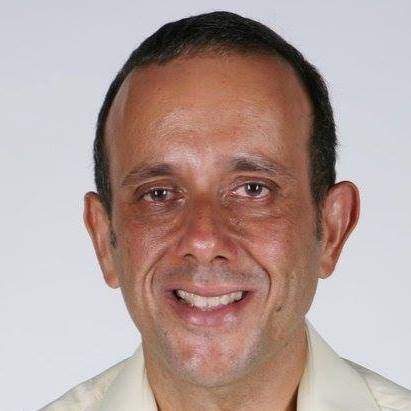 Hammered out of history?

In an article on 29 Oct, ST discussed the long history of WP. While several WP members provided several anecdotes about their party’s journey, it seems that they might have tweaked the story to downplay JBJ’s role in the party. That is what his son Kenneth Jeyaretnam alleges at least.

JBJ’s story is probably well-known amongst older Singaporeans. The nation’s first member of the opposition to be elected to Parliament was fiercely critical of the PAP during his term in office. This led to severe repercussions. To borrow an apt phrase from the incumbent WP’s leader, JBJ was sued until his pants dropped.

Despite his tribulations, JBJ never gave up and continued to fight for the rights of Singaporeans. It is in light of this that son Kenneth Jeyaretnam has taken offence with an article that does his father’s reputation no justice.

Here are four points which ticked Kenneth Jeyaretnam off.

1. JBJ was the true founder of WP

Well, not quite. The WP was founded on 3 Nov 1957 by Singapore’s former Chief Minister, David Marshall. However, the party became dormant and insignificant after he left in 1963, and remained in this state until 1971, when JBJ and a few lawyers revived the WP. According to Kenneth Jeyaretnam, this was the start of modern WP that Singaporeans identify with today.

The Secretary-General of the Reform Party argued that his father gave everything he could even though it had implications on the family.

However, ST chose to glorify incumbent WP leader Low Thia Khiang instead. The article goes in length about Low and his achievements, while leaving a measly two paragraphs for Singapore’s first post-independence elected opposition member. 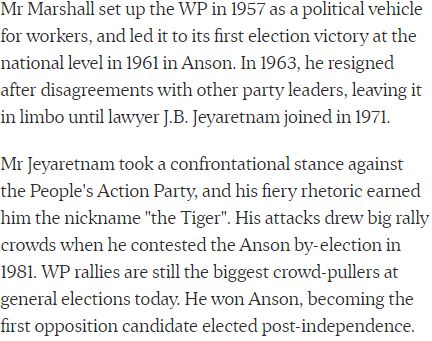 Mr Jeyaretnam believes that WP’s success in the modern political landscape could not have been achieved “without JBJ’s sacrifices and his intellectual ability to challenge the PAP”. He added that without his father, current WP leader Low would have “remained a Chinese teacher and never have been elected to Parliament”.

While Low should do well to remember his mentor, Kenneth Jeyaretnam argued that “Low, like the PAP, has a vested interest in minimising his former mentor’s role and puffing his own”.

Incumbent WP Secretary-General Low Thia Khiang has become the face of the opposition after he and his team secured an unprecedented victory over the People’s Action Party (PAP) in Aljunied GRC during the 2011 General Elections.

However, before Mr Low achieved this status, JBJ was the man synonymous with the term “opposition”. JBJ was the first opposition member to be elected into parliament when he won in the 1981 by-election in Anson.

Kenneth Jeyaretnam also took issue with political observer Derek Da Cunha’s suggestion that the Anson win was due to “specific constituency level issues”. This was apparently a stance that the PAP adopted to downplay JBJ’s victory and credentials.

The leader of the Reform Party asserted that JBJ wrecked so much havoc against PAP ministers and MPs in Parliament, that Parliamentary proceedings were eventually not televised. This constant critique of the PAP that gave Singaporeans the confidence to vote for the opposition, paving the way for Low’s 1991 victory in Hougang.

Downplaying JBJ’s significance enhances the prestige of both the PAP and Low. Well, that seems to be the case in the eyes of Kenneth Jeyaretnam at least.

ST also quoted WP veteran Lim Ee Ping as suggesting that race would have prevented the WP from winning Hougang in 1991, had JBJ ran instead of Low.

This was the reason he gave:

“No matter what you say, Jeyaretnam was not Chinese, that area was a little racialised”.

Lim’s comments have been labelled as an “appalling display of racism” by Kenneth Jeyaretnam. The latter rebutted that when JBJ won his seat in Anson, “support came from the Chinese community and not from the Malay or Indian communities”.

4. JBJ left WP because of the lack of support

Given that he revived the WP, many were surprised when JBJ left the party in 2001. The Straits Times remained coy about the reason behind JBJ’s departure, only reporting that it was due to “unhappy circumstances”.

According to Kenneth Jeyaretnam, JBJ was frustrated that Low and other Central Executive Council members refused to help him pay off charges from a “supposedly defamatory article in the Hammer”. This was despite the fact that JBJ was not the author, and was paying for damages for the PAP libel suit.

Frustrated at the lack of support, JBJ stepped down as Secretary-General and left the party shortly after.

Kenneth Jeyaretnam shared that his father had always believed that the late Mr Lee Kuan Yew was very pleased with Low for doing what the PAP had been unable to do — removing him from the WP.

Shortly after forming the Reform Party, JBJ sadly passed away leaving his eldest son Kenneth Jeyaretnam to pick up the gauntlets. It seems that incumbent leader of the Reform Party has not forgotten the tumultuous time that his father endured from political comrades.

Should WP’s lawsuit for the misappropriation of funds end up in bankruptcy, Kenneth Jeyaretnam will be rubbing his hands with glee, for what he deems to be poetic justice would finally come true.