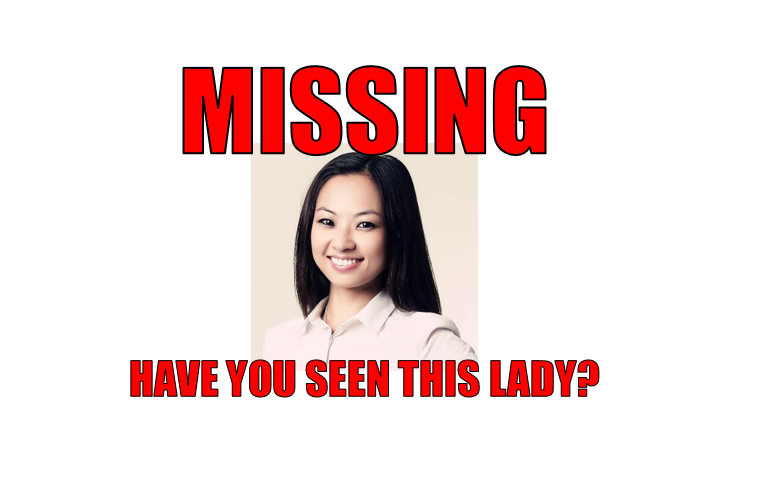 [UPDATE: 17 AUGUST]: Kevryn Lim has been FOUND! Well, she may not actually have been missing to begin with.

According to Yahoo Singapore, Ms Lim is away on a business trip, which explains her no-show at the walkabouts of the National Solidarity Party (NSP) over the past week.

So I guess, we can all relax now, for she will be back.

The potential National Solidarity Party (NSP) candidate has not been spotted on the party’s Facebook page since 3 August.

As we all remember, on 3 August Kevryn Lim was candidly interviewed along the roadside at the headquarters of the NSP where a solemn meeting of horsetrading of Opposition parties in Singapore were taking place —

Since that interview, she seems to be grappling with even more issues, because Ms Lim has gone missing.

Ms Lim seemingly did not take part in any NSP walkabouts since 3 August, at least according to photos on NSP Facebook page.

Nope, the NSP lady did not walk at Marine Parade (where the NSP has already given up)…

…and not even in Pioneer.

Even the hashtags for Ms Lim (#KevrynLim #Kev) have been dropped by the NSP. 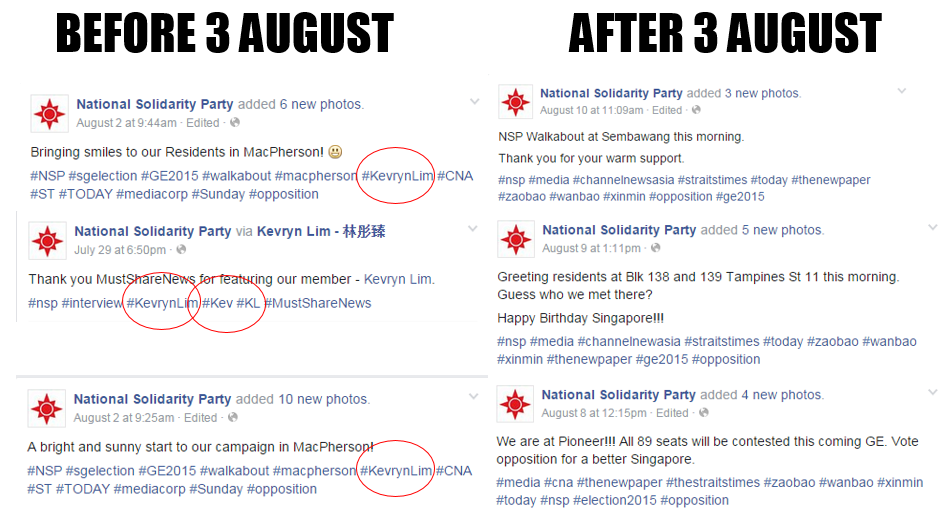 We’re no Sherlock, but it’s pretty obvious that Ms Lim may have been affected by a strategy shift of the NSP for the coming General Election.

Luckily for MustShareNews, we did an interview with Ms Lim before she went under the radar, but nonetheless, we are still hoping that the potential Transport Minister will reemerge soon — after all, we could be less than a month away from the General Election.