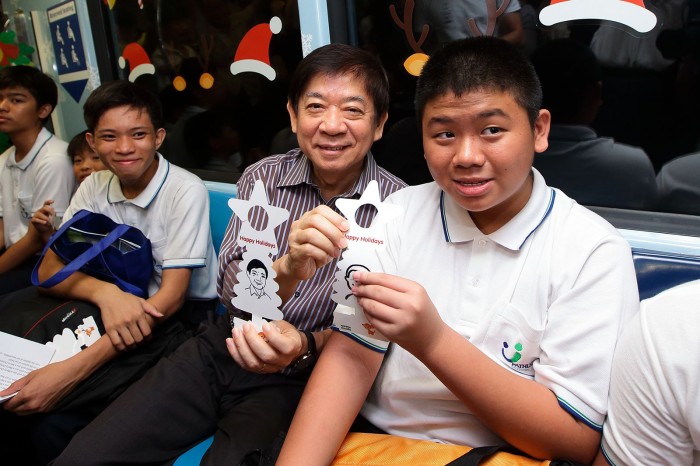 In his latest blogpost (21 Dec) on the upcoming opening of Downtown Line 2, Transport Minister Khaw Boon Wan said engineers have spent many months preparing and testing the entire system, from the operations control centre to the trains and tunnels.

He even linked the opening of the new MRT line to back when his first newborn daughter grew her first tooth. Titled “Cutting teeth”, the Minister lamented that his wife and him were helpless, not knowing how to relieve their daughter’s discomfort, and that they subsequently became better at managing their younger daughter’s teething.

Well, I will soon experience my first rail line’s “teething” 🙁.

We’re not too sure how you interpret this statement, but to us, it’s pretty clear. He’s basically try to say that, he will once again be “helpless” during the teething of his FIRST rail line.

Where’s the tooth fairy when we need her the most!?

Jokes aside, we do understand where Mr Khaw is coming from. In the later part of his blogpost, he then brought up the two breakdowns which occured after the opening of Downtown Line 1 back in Dec 2013 – one happened barely a month after the opening in Jan 2014 and the other in Mar 2014.

As he refers to the new opening as a “teething” period, the Transport Minister simply hopes for Singaporeans to manage their expectations, and not expect the newly-built railway system to be breakdown-free.

We must also anticipate the worst, and have drawer plans for contingencies in the event that disruptions do occur.

After all, he is reliving his job as a dad again and this time playing the role of both parents to his child. It definitely won’t be easy, and we should definitely be as understanding as possible.

We’re positive that as time passes by, he’ll be the best “mom and dad” ever :’)

With reference to MOT Blog