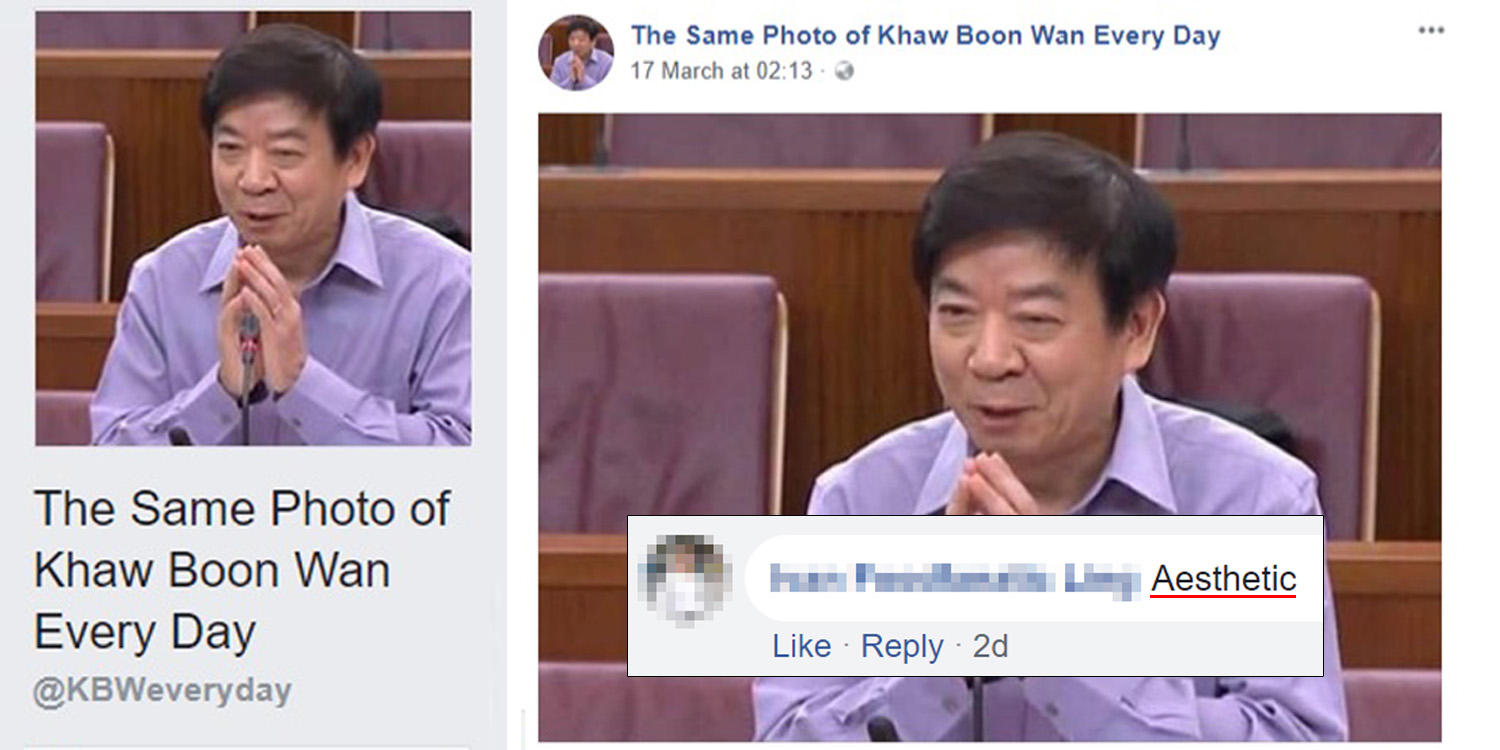 The definition of insanity is doing something over and over again and expecting different results.

One Facebook page, however, clearly hasn’t gotten the memo.

Because they post the same photo of Khaw Boon Wan. Every single day.

Unlike Mr Visakan Veerasamy and his “Anguished, tormented screaming” event, this page doesn’t seem to exist for any particular reason.

We don’t know where it came from or who’s running it.

Ironically enough, the creator of the page has categorised it as “Art”.

But in case anyone reading this is still confused, here’s the run down: Already, people have tagged their friends in the page’s photos, to inform them when the next picture of Mr Khaw Boon Wan has been uploaded.

In periods of troubling uncertainty, it must be comforting to know that you can always return to @KBWeveryday daily to find the same picture.

The word aesthetic is defined as “giving or designed to give pleasure through beauty”. Personally, as a daily commuter on the MRT, this picture gives me anxiety.

But if a single person derives any form of pleasure from the daily recurring likeliness of the Transport Minister, more power to them. 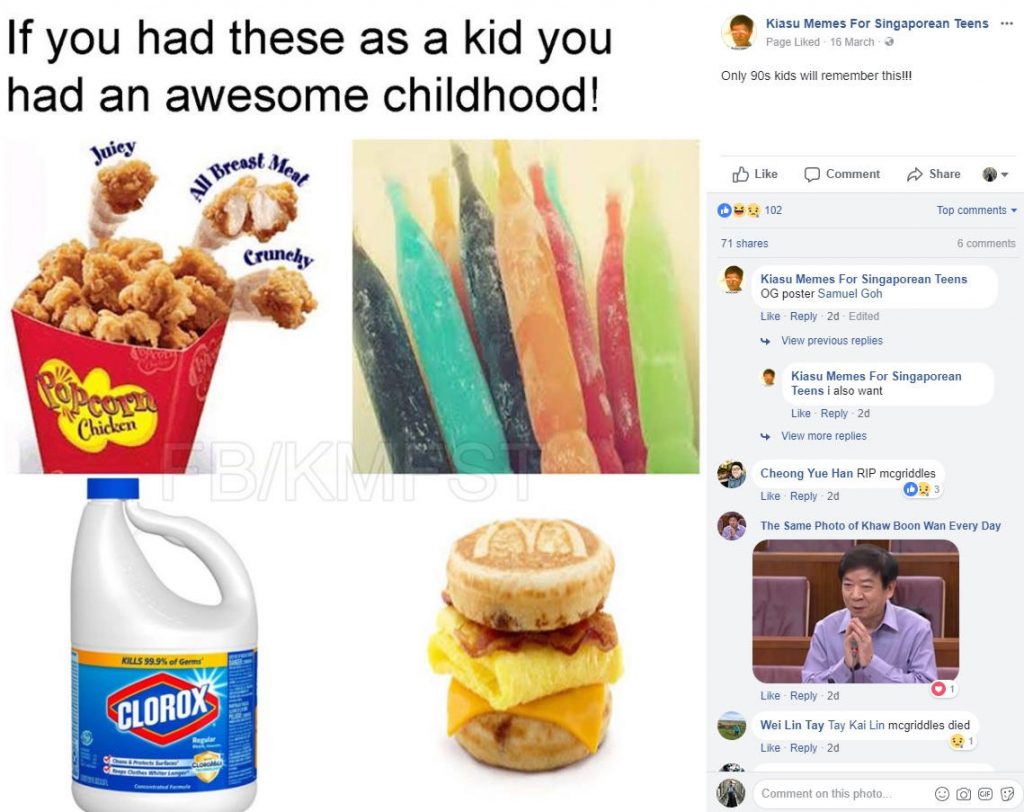 The page has also cropped in other Facebook pages, posting nothing but the same photo of Mr Khaw Boon Wan.

This raises more questions than answers

At this point, this photo of Mr Khaw Boon Wan has been seared into our memories.

We can’t help but wonder, what did our Transport Minister do to have his face plastered all over this Facebook page?

What have WE done to deserve our Transport Minister’s face plastered all over our Facebook feed?

I fear we may never find out.