Must Share News – Independent News For Singaporeans
Home News SDP Calls For Khaw Boon Wan To Step Down, Accuses Him Of... 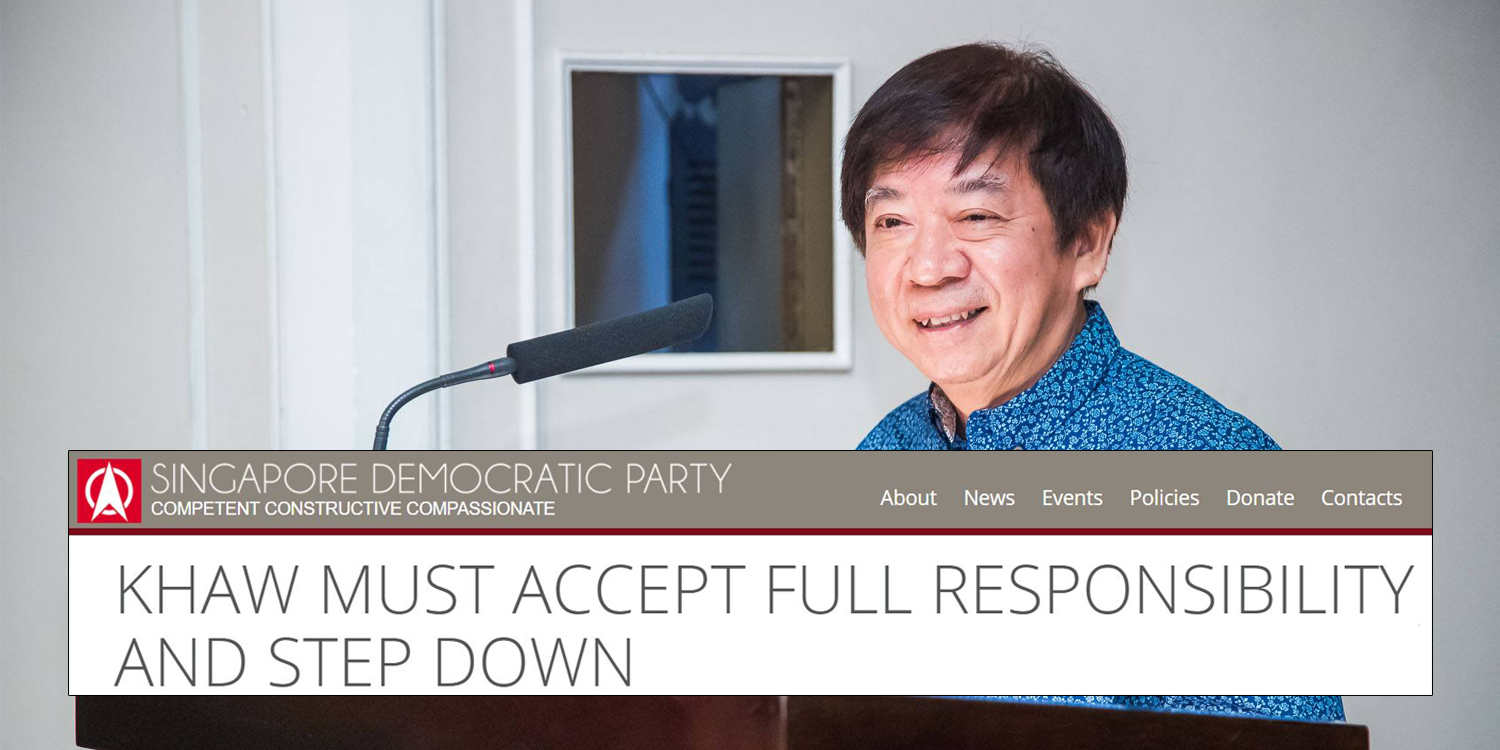 In a scathing, pull-no-punches blog post on Wednesday (18 Oct), the Singapore Democratic Party (SDP) blasted Minister for Transport Khaw Boon Wan for his incompetence and called for him to step down from his post.

This comes after the recent dialogue session that took place earlier on Monday (16 Oct) which addressed the flooding of the MRT tunnels which resulted in a 20-hour delay.

You can check out the post in its entirety here or read on as we here at MustShareNews dissect it part by part to explore what was said.

Either way, you don’t want to miss this.

Right off the bat, the SDP shows they aren’t messing around by delivering a powerful opening statement.

Immediately, they claimed the People’s Action Party’s (PAP) notoriety for taking full credit of any given situation without actually putting in any effort.

They mentioned that Mr Khaw was practicing just that, when he blamed Bishan’s maintenance team for the flooding and cut their bonuses — claiming that they had “failed” the organisation. 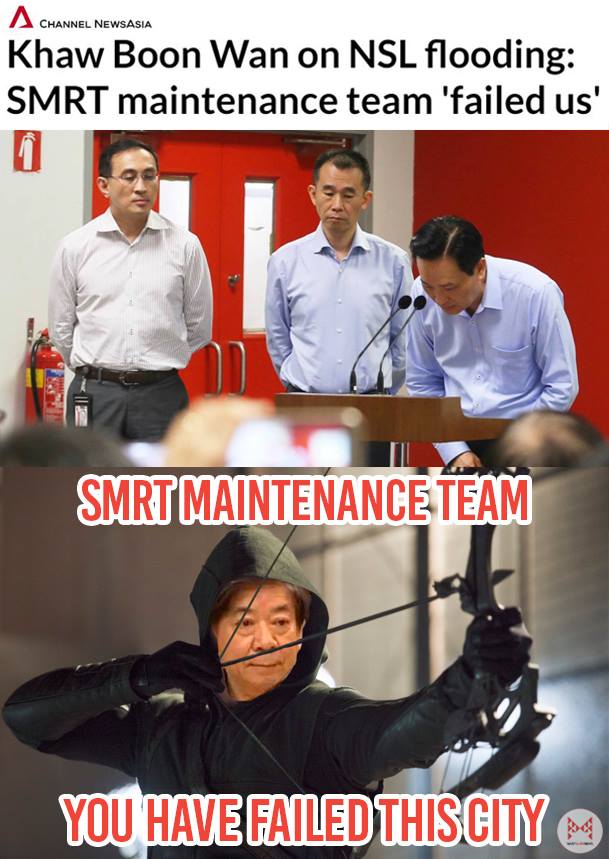 They mentioned that his statements would’ve been fine, had the breakdowns and disruptions not become a frequent occurence for Singaporeans in recent years.

The incidents happened so often that Facebook user Jason Cai felt that enough was enough, and created his own support group as a “safety net” for future train disruptions.

Overpaid, and running a disorganised and chaotic system

The SDP then went on to talk about Mr Khaw’s continued reign as Transport Minister in charge of a disorganised and mismanaged system – whilst drawing an extremely comfortable salary which he “clearly does not deserve” – despite the numerous incidents and PR disasters that took place over the past few years.

Some of them include breaking down during this year’s PSLE oral exams, the death of two SMRT staff due to the failure of following safety protocols, and train faults along the new Downtown Line time and again.

They also talked about his tendency to blame everyone else but himself whenever an incident occurs, and that disciplinary action was instead being taken against staff members. We can only assume that morale levels within the organisations aren’t at an all time high.

Cutting off the head of the snake a key to success

Lastly, they touched on SMRT CEO Desmond Kuek’s attributing of “deep-seated cultural issues” within the company as the reason for the train breakdowns.

They cited this as an example of Mr Khaw’s “incompetence and lack of leadership” for failing to address the various problems over the years.

They stated that as long as Mr Khaw remained in power, there wouldn’t be a positive change to the MRT trains any time soon.

In other words, the key to change is addressing the issue at its roots by cutting off the head of the snake.

Finally, the SDP wraps up with perhaps the most powerful 4 words in the entire post.

Simple is not always the best, but the best is always simple.

Do you agree with them?

In true SDP fashion, the political party held nothing back and delivered the viscous verbal assault that we’ve all come to know.

Will Mr Khaw or SMRT respond to defend their reputation?

Probably not, but if they do, we here at MustShareNews will follow their words closely and bring you an update to this article.

Do you agree with what they said? Let us know in the comments on what you think.