It is hard for families to deal with the sudden death of their loved ones. But what if a family member left behind is too young to comprehend the situation?

In a tear-jerking Facebook post on 29 Oct which has since gone viral, photos of 2-year-old Arfan standing innocently beside his parents’ caskets have surfaced online. The full translation is available here:

The late parents from Kelantan passed away in a Kuala Lumpur accident this morning. The burial will take place at the Repek Hilir Muslim Cemetery Bachok.

This child is strong.

Arfan is almost 2, he has not understood anything that has happened. This child is strong, Allah gives tests to His servants who can cope…

This morning, Arfan’s mother (JKR staff) and father (member of IPD Shah Alam) passed away in a motorcycle accident in Kuala Lumpur. His late mother Nurul Ashikin Kamaruddin was pregnant with twins.

At this moment, we feel teary and sad to see this little boy’s face, we console our hearts…

This is his reality…

Allah take care of this child…

Allah’s blessings have been set aside and determined for little Arfan,

Oh Allah look after this child.

Provide him with love from his loving aunts and uncles. Present to him Allah’s servants who will take care, educate and tend to him.

Make little Arfan the reason why his parents are placed among Allah’s obedient servants in Heaven.

Inalilllahiwainalillahirojiun alfatihah. May the deceased be placed among the souls of the faithful. Amin.

Your parents’ love will be in your heart forever.

Arfan’s parents were in Kuala Lumpur when they encountered a fatal traffic accident, Sinar Harian reports. 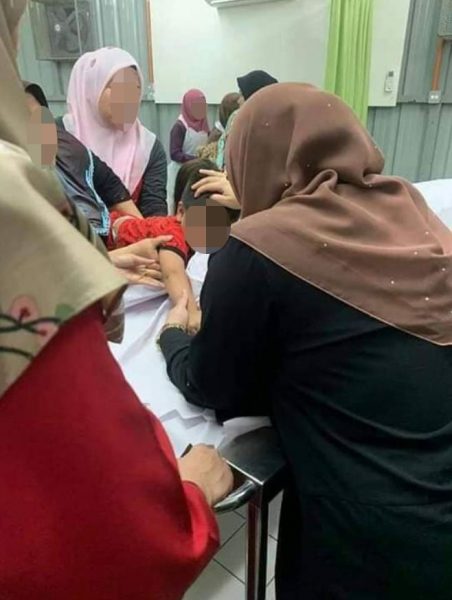 Nurul, Arfan’s mother, was then pregnant with twins. They left behind their eldest son Arfan, who is only 2 years old.

Perhaps the most heartbreaking parts of the post were the photos of little Arfan standing innocently by his parents’ caskets. 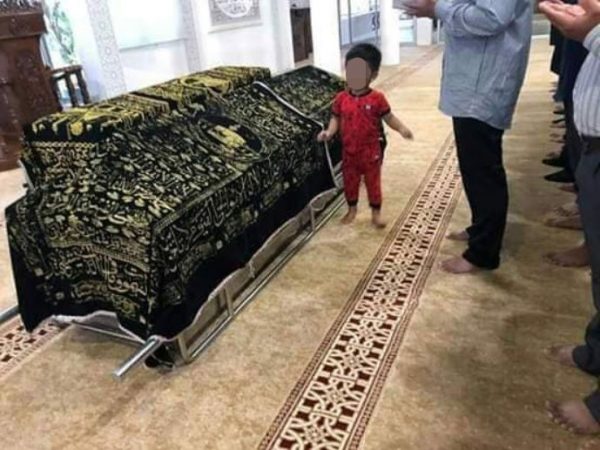 He was apparently too young to understand what had happened, which saddened many netizens. 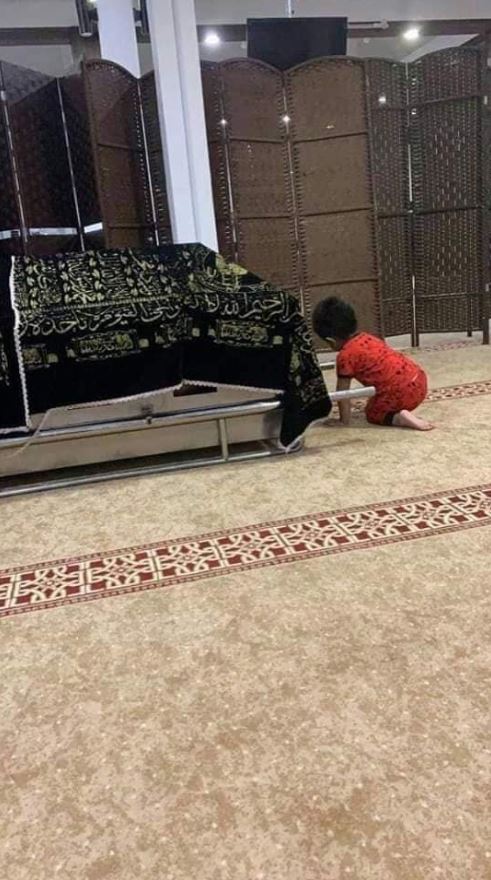 According to Sinar Harian, Arfan will be taken care of by his late mother’s family.

Condolences to the families of the deceased

MS News extends our condolences to the families of the deceased in the tragic accident.

We hope Arfan will grow up to be strong, healthy and happy despite the devastating blow dealt so early on in his life.