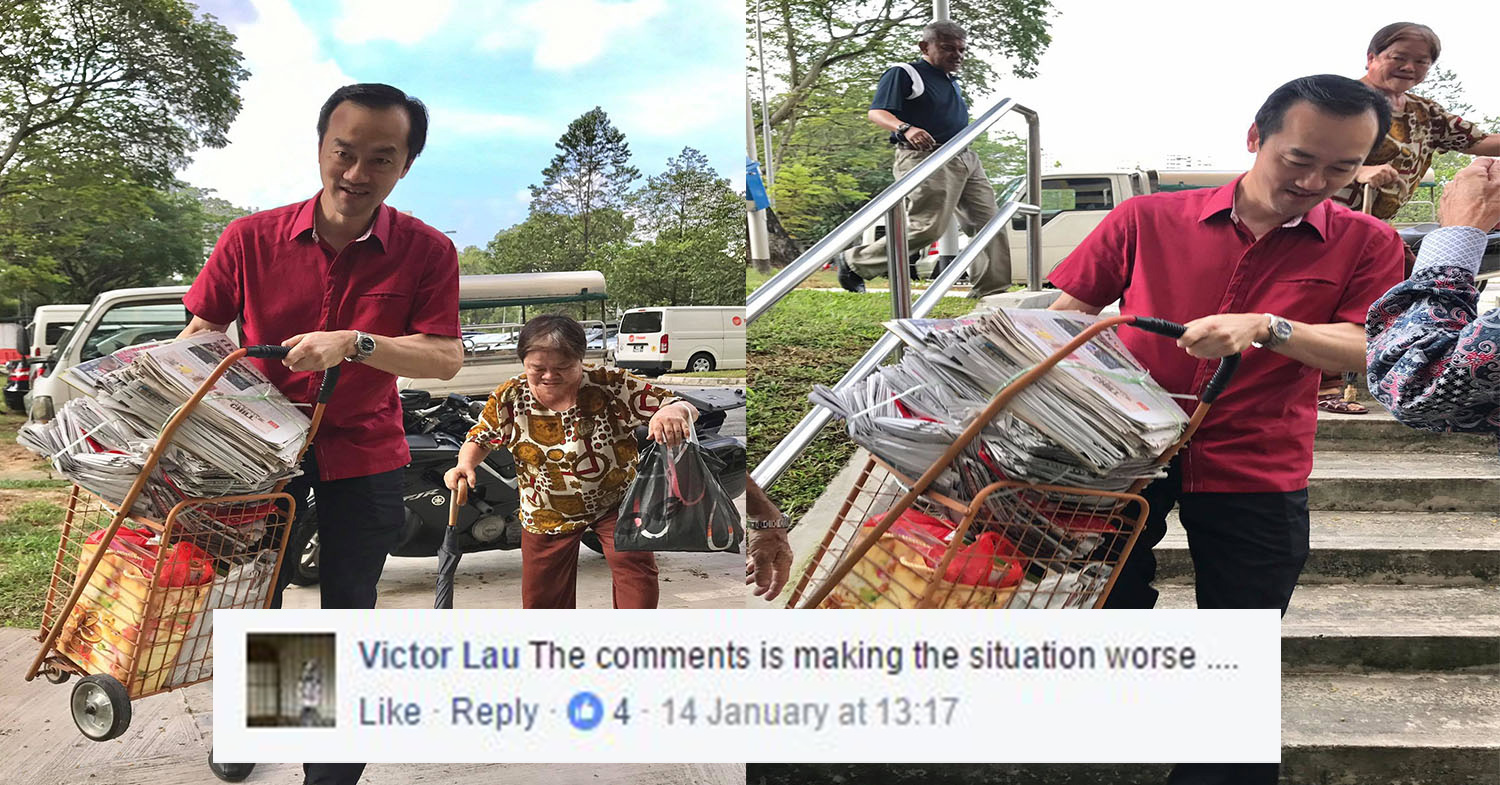 We all make mistakes. If we’re lucky enough, we’re forgiven and “LGO” – life goes on. But if we’re anything like Dr Koh Poh Koon, we aren’t that fortunate.

Especially after the Minister of State for the Ministry of National Development & Ministry of Trade and Industry was labelled a “Wayang King” by netizens.

Just three days after a social media fiasco ensued as a result of his post publicising his helping of a 70-year-old lady carry her recyclables, the glutton for punishment took to Facebook yet again to say his piece.

The original post attracted a swarm of amusing comments, most accusing him of doing the deed for self-promotion. See our story on the 20 best Koh Poh Koon comments.

The Minister of State for the Ministry of National Development and Ministry of Trade and Industry, in a lengthy post on Saturday, said he made the post merely to “honour” the efforts of Mdm Lim, the old lady.

He also denied posing for the photos, saying that’s why they were poorly angled.

Dr Koh urged the public not to be cynical and use social media for good. He added that “Mdm Lim’s bruising and swelling on the forehead is better”.

Not surprisingly, a fresh round of online brickbats ensued in response to his latest post.

Since Dr Koh wants us to look on the positive side, we’ll also highlight that many readers did sympathise with Dr Koh.

Well, I guess this just goes to show that it all depends on which angle you look at such situations.

We wish Dr Koh all the best, and may Facebook be with him.