The Legend Of Kong Hee

The founder of City Harvest Church got into huge trouble when he was found guilty of misappropriating $24 million in church funds to support his wife’s music career. After a lengthy trial held over six years, he was sentenced to 8 years in prison, a judgement he eventually appealed against.

For most convicted criminals, a guilty verdict tends to mark the end of one’s appearances in the news. But news of Kong Hee doesn’t seem to disappear. While awaiting the result of his appeal, he’s been enjoying life, jet-setting to exotic locations and entertaining us with his plethora of talents.

Here, we’ve collected life lessons anyone could learn from Kong Hee, the man God apologised to.

The Bible teaches us that “thankfulness should be a way of life for us, naturally flowing from our hearts and mouths”. (1 Thessalonians 5:18)

Heeding his own advice, Kong Hee decided to made a special appearance at the reception counter of his church, presumably greeting unseen parishioners.

That’s nice of him — after all, the churchgoers are the backers of his wife’s music career. It’s the least he can do to thank them for their $24 million.

With his signature grin plastered across his face, the glorious pastor deserves high praise for taking time out of his busy schedule to express his love and gratitude. Hallelujah.

2. Olive Oil Can Be Turned Into Holy Oil

Notice the dramatic pullback at the start of the video to reveal the stacks of holy oil. In fact, he has so much olive oil, he could supply all the Italian restaurants in Singapore.

In case you have no idea why he’s doing this, he also explained everything in a video, with his silent, nodding wife by his side.

If you were fast enough, you could have gotten a bottle of Kong Hee’s magical olive oil from this industrious seller on Carousell.

According to a testimony posted on Kong Hee’s Facebook page, a Malaysian lawyer went to one of his healing sessions and recovered from an injury that he couldn’t get rid of for over six months.

Kong Hee kindly posted the story of his miracle healing powers on his Facebook page.

Here’s what happened: Mr Marcel Jude, a solicitor of the High Court in Sabah and Sarawak, first felt a sharp pain in his joints following a routine incident.

It happened just after using a trolley to push books. I may have twisted something as a result I thought. The pain was excruciating and eventually swelling set in. The pain could be felt not just on the skin but the bone itself. As a result of the joint pain my foot began to swell.

At his wit’s end, the lawyer paid a visit to Kong Hee.

Yesterday 16th February 2016 at 8pm with knee guard on I went to see Pastor Kong Hee from City Harvest Church Singapore who was the speaker at Glory Christian Centre at Damai Luyang. My main interest was curiosity because of his legal troubles.

In fact I was even amazed he would be travelling outside Singapore to preach given his current circumstances and situation. I expected to see a man in very sombre mood. Instead here was a man who was totally immersed in the joy of the Lord. He seemed to be the happiest person in the auditorium. I could not believe it. Either he was in a state of divine joy or a raving lunatic in a state of denial!

Kong Hee’s treatment was highly unusual to say the least.

During the service the Pastor begin to pray for sick people and told everyone to place their hands wherever it was they were sick… ie heart, cancer, skin diseases etc. He didn’t say anything about joint pain or legs etc.

Anyway I just placed my hand on my right leg as a matter of formality so to speak. I didn’t expect anything just a routine response when someone prays for the sick at conventions or meetings.

But it somehow worked!

I started moving my leg around and bending it, something I had avoided for nearly 6 months. There was no knee jerk pain to stop bending or moving. I pulled out the knee guard. I could still feel the sore part where the bone met the skin but it was more like tiredness pain instead of constant pain.

I began to be more mobile with my right leg and after the service I had the option of using the escalator, the lift or the stairs. I chose the 3 flight of stairs and instead of injured foot first I went down like other normal people. There was no discomfort to inhibit my mobility though I walked carefully.

Mr Marcel Jude had been told by a “high-ranking” doctor earlier that he was suffering from arthritis, and his condition was only going to deteriorate.

Here’s a photo of Mr Marcel Jude from his Facebook profile, strangely named “Marcel Jude Fb-billionaire“. We do think his outfit befits a billionaire more than a lawyer: 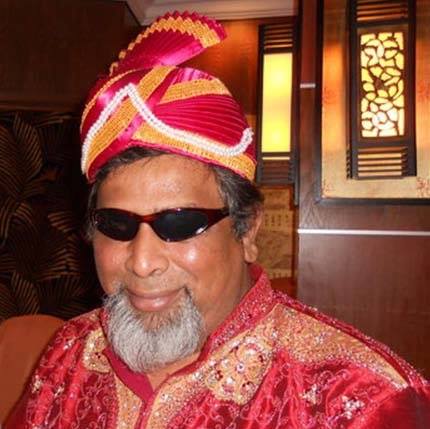 4. Show Off Your Talents Wherever Possible

When Kong Hee is not busy healing people, he needs a hobby to unwind. After all, you’re bound to have some free time after spending 24 million to not launch your wife’s career.

In the following video, Kong Hee puts up an impromptu concert while vacationing in Japan with his wife, who apparently now prefers soulful melodies over alcoholic songs.

5. Forgive God When He Says Sorry To You

In a masterful performance that put Oscar winners like Leonardo DiCaprio to shame, Kong Hee re-enacted out a scene during a church service where God asked him for forgiveness:

If his career as an oil sales executive falls apart, at least Mediacorp will have a job offer waiting for him.

6. Use Police Resources When Visiting Other Countries

For someone who is worshipped by millions, a god-like security detail is a must. According to Kong Hee:

Every time I get invited to speak at Cipinang in Jakarta, the organizer would arrange police escorts to take me to the church service. I am so humbled by the way they honour me.

Witness the police cars in front, and behind.

We think it may be to deter those who contributed to his wife’s singing career from asking him for their money back after the “success” of China Wine.

7. Speak Up For Women

Kong Hee and his wife Sun Ho have a model relationship. So much so that he’s willing to discuss how his love life and marriage works with people from as far away as South Africa.

At a “Couple’s Forum” held last July, the model husband shared such priceless relationship tips as:

It’s better to be alone in the wilderness than to be in the same roof with a naggy woman.

Men don’t want to be married to someone who reminds them of their mothers.

Don’t worry Sun, we think it’s unlikely that you will ever remind Kong Hee of his mother. We don’t think his mother will ever look like this: 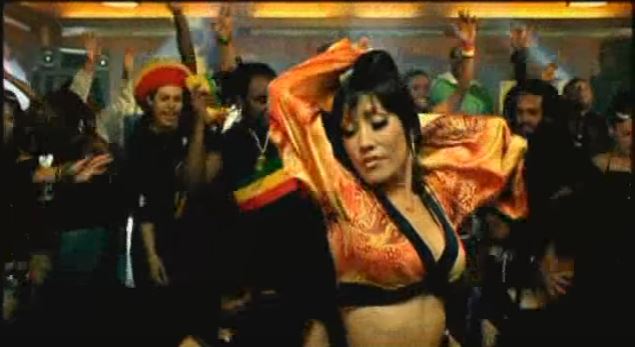 8. Pray For Fire To Come Out Of Your Wife’s Belly

Speaking of Kong Hee and Sun Ho’s relationship, he must really love his wife.

While other husbands wish for a kid, Kong Hee instead wants something more spectacular to emanate from his wife’s belly — fire.

So, one child (Dayan) is enough, then?

In a ceremony where Sun Ho was ordained as a pastor, the former prayed for “fire to come out of her belly… when she speaks”.

The perplexing segment begins at around the 40s mark.

9. Be Good In Sports

But if there’s who can pull off this miracle, it’s, once again, the injury-healing Lord Almight-hee.

10. Be A Part-Time Food Reviewer

When he’s not busy listing Sentosa Cove properties up for sale, Kong Hee channels his inner influencer. He creates short and informative videos about the foods he enjoys.

From curing the world of diseases, to exerting his dominance in the sporting world and producing viral lifestyle content, is there anything Kong Hee cannot do?

Despite countless scandals that should have ruin his reputation multiple times over, his legion of supporters have only renewed their loyalty towards him.

We eagerly await the verdict on his appeal.