Get Oil That Was Prayed Over By Kong Hee

Singapore’s most well-known pastor Kong Hee has once again been thrown into the limelight (instead of in jail), and this time it’s again because of some liquid.

No, not China Wine, but olive oil.

A video posted on his Facebook page of him praying over bottles of oil has elicited much hilarity  and derision over social media, such that at least one person has thought of a way to parlay the mirth into moolah — by selling the oil over Carousell: 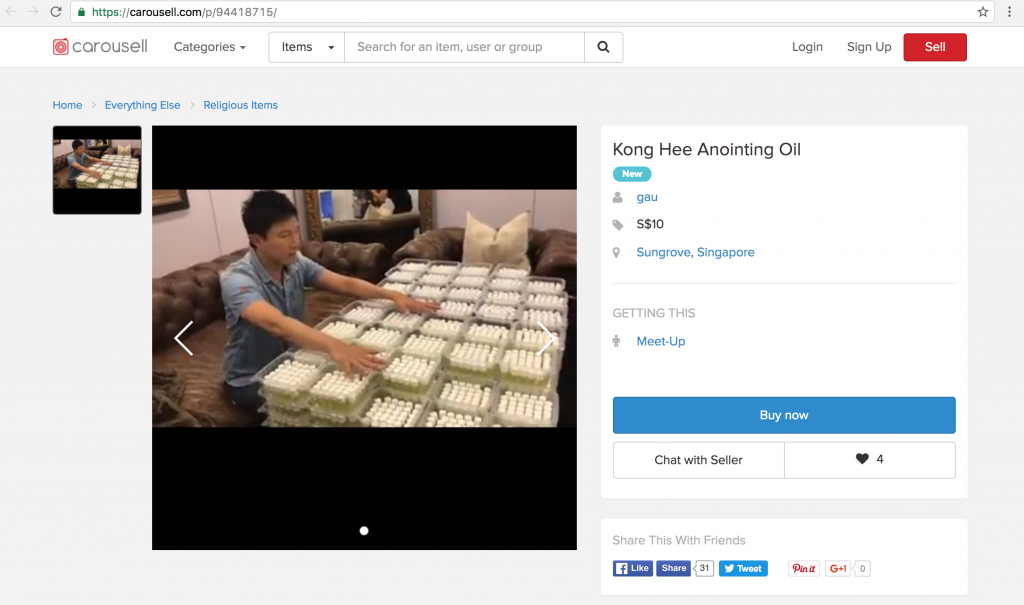 The post was taken down on Tuesday (March 14) morning, so it is not possible to find out whether this is a genuine sale or just a prank.

It was also not known whether the person who posted this sale took it down himself, or it was taken down by Carousell.

However, we think it’s a pity the sale was taken down. It would have been great for those who remain adamant of feeling the greasy touch of Kong Hee’s blessings on their skin but can’t make it to this church service because you’d rather stay in to watch his wife sing about China Wine on YouTube.

Why Isn’t He In Jail?

After being convicted of misusing millions of dollars in church funds, Kong Hee was sentenced to 8 years’ jail in Nov 2015.

However, he and 5 other City Harvest Church members who were convicted appealed the case. After the appeal was heard in Sept 2016, the judge gave no date for verdict to be delivered, owing to the amount of material that had to be gone through.

Till then, Kong Hee is free to lay his hands on all the olive oil he can find. 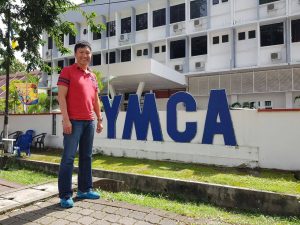 In the video released on Facebook on March 11, Kong Hee can be seen spreading his hands over countless bottles of olive oil while urging the holy spirit to bless the oil in the bottles.

He followed that up with another video of his team packaging the “special” olive oil while he delivered a speech to his Sunday service.

He distributed the magic oil to everyone in church and advised them to anoint the oil by “laying hands on everyone that is sick”. He also asked them to smear oil on their bed poles as a cure for insomnia.

If you are in med school, you might want to drop out and go learn from this guy instead. He seems for have the cure for everything, even releasing a now-taken-down video that purported to show him curing someone of cancer.

Here’s what a bottle of the coveted oil looks like up close: 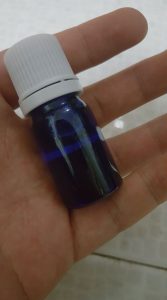 Singaporeans are more than familiar with Kong Hee’s antics, and their reactions over Facebook and Reddit were slick: 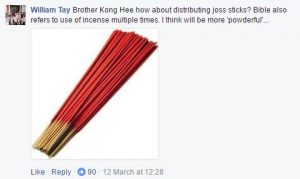 It’s quite obvious that Singaporeans fall into 2 camps — those who ridicule Kong Hee and those who worship him.

Those who aren’t fond of Kong Hee will probably think he should do all the anointing he wants — in prison. We’re sure the bed poles in the prison need some greasing.

And for those who worship Kong Hee, and want to meet the great man in person, you may soon visit him in Changi Prison, but you would need to be accompanied by a family member or registered and approved beforehand if you’re not related to him. Unfortunately, “brother-in-Christ” isn’t recognised by the prison authorities as a family member.

We look forward to hearing the long-awaited verdict from the appeal.