Must Share News – Independent News For Singaporeans
Home News Latest News Kopitiams Have Raised Prices Amid Water Price Hike, Despite Assurances To The... 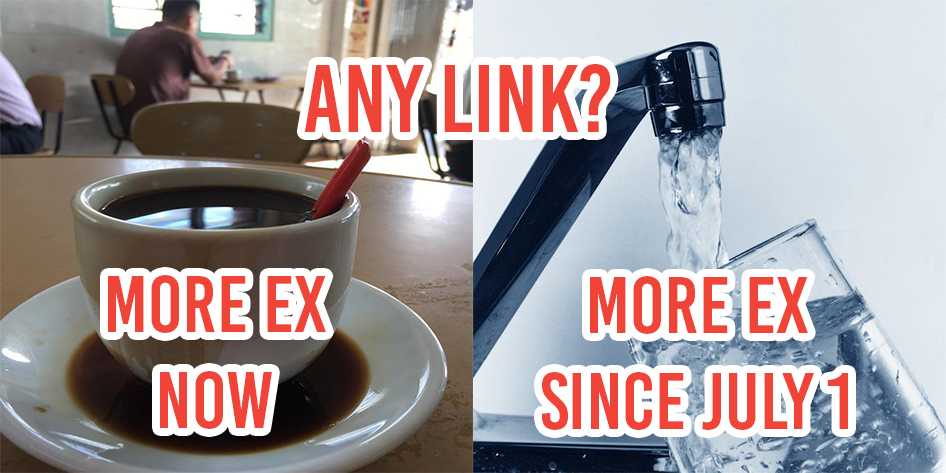 Coffee Prices Go Up, And Water Hike Starts — And Yes, There’s A Link

Amid all the juicy revelations about 38 Oxley Road in the parliamentary sitting on Monday (July 3), something that was revealed in Parliament to huge furore way back in February has quietly slipped under the radar.

Still remember the 30% hike in water prices, which kicked in on July 1?

Singaporeans waited with bated breath for the potential ripple effects of said price hike on businesses to take effect.

Many feared that the increase in water prices would consequentially lead to a hike at hawkers and coffee shops despite assurances from coffee shop chain owners such as Mr Hong Poh Hin of the Foochow Coffee Restaurant and Bar Merchants Association that it would not affect prices. 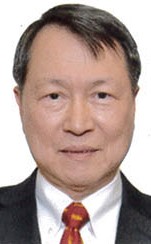 What Mr Hong Said Back Then

Following the announcement of the hike in water prices back in February 2017, The Straits Times reported Mr Hong assuring that “water prices make up between 5 per cent and 10 per cent of business costs for coffee shop stalls, so I don’t think the hike will affect operators much” and that “the price for a cup of coffee is unlikely to increase for customers”. According to a Shin Min Daily News report on July 1, about 10 coffee shops have increased the price of beverages sold since the water price hike announcement in February. While this would be sufficient to enrage patrons, the article also revealed that some of these coffee shops were represented by Mr Hong’s association.

A survey conducted by Mr. Hong’s Foochow Coffee Restaurant and Bar Merchants Association revealed that “2-3% of its members have increased the prices of beverages sold by $0.10, though this is not applicable to canned drinks”.

While prices have indeed risen, Mr Hong attributed this to “rising operations costs as well as the stress from inflation”.

Strangely enough, the rise in coffee prices seems to have coincided with the water price hike. When the water price hike was announced, the debate was heated despite mainstream media reports trying to cool people down.

Apart from the rise of household utility bills, there were concerns that businesses would seek to take advantage of the price hike in utilities to increase coffee prices to garner larger profit margins. This was brought up by Dr Lee Bee Wah, MP of Nee Soon GRC, in Parliament in April, according to The Straits Times. She voiced the concerns of residents who feared that they would not be able to handle increasing prices in their neighbourhood kopitiams.

Senior Minister of State for Trade and Industry Koh Poh Koon reassured Dr Lee that consumer watchdog The Consumer Association of Singapore (Case) would be on hand to ensure that such profiteering is stamped out. He also added that the onus is on consumers to “make their choice and decide who to patronise” should they feel coffee prices are out of their range.

Well, perhaps he doesn’t realise that some consumers may not have much of a choice if the coffee shops in their neighbourhood all raise their prices, especially if it means a long walk to another neighbourhood just for their morning cuppa.

In a separate parliamentary dialogue covered by Channel NewsAsia on May 8, Dr Koh however admitted that the increase in water prices would lead to a “temporary increase” in inflation, in response to a question from MP Zaqy Mohamad on whether the water price hike would affect the inflation rate.

Now, think back to what Mr Hong told Shin Min — he attributed rising prices in coffee shops partly to “the stress from inflation”.

Thus, Mr Hong’s earlier claim in February that the water price hike is unlikely to increase prices at coffee shops is just like what can surely be found at his association’s coffee shops — a load of hot air. Amid the ongoing “he said, she said” climate around the Oxley Road dispute, it’s particularly damning that Singaporeans can’t seem to even trust people in a position of power to keep their stories straight over the water price hike and how it will affect ordinary Singaporeans.

CASE, Are You Watching?

With the uncertainty over the true rationale for the price hike in coffee, all eyes will turn to whether CASE is keeping tabs on the price hikes of businesses as Dr Koh has said they would.