Must Share News – Independent News For Singaporeans
Home Current Affairs Education Remember The Lecturer Who Danced In A Bunny Suit? Her Students Now... 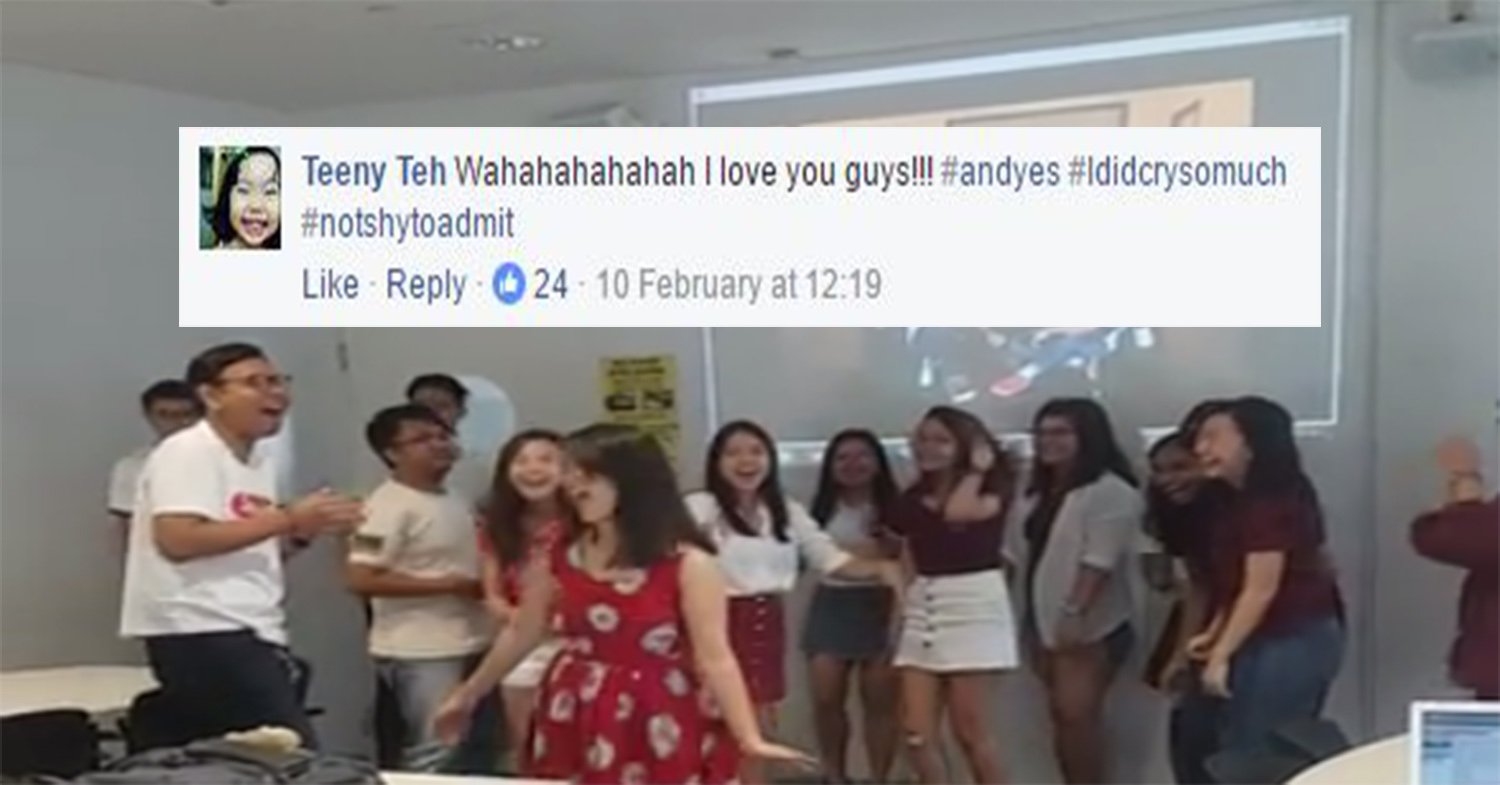 This is a very merry classroom indeed.

The Republic Polytechnic lecturer who danced in a bunny suit to entertain her students now has her students returning the favour by dancing for her instead, during her last lesson with them.

No, you didn’t miss Teacher’s Day — it’s still on August 31 this year.

What you probably did miss however, was this passionate performance taken straight from the show High School Musical.

Take a look at the video:

The lucky lecturer, Ms Teeny Teh, reeeeeaally seems to love High School Musical, because she cried watching her students dance to the song We’re All In This Together.

Or more likely she cried because she was touched by the gratitude her students portrayed and the effort they put into surprising her, as seen from her Facebook comment on the video.

It was a rollercoaster of emotions for her too, because the sneaky students made her think that only 5 students made it in time for her last lesson with them — then surprised her with the dance.

Facebook users summed it up perfectly in their comments, with most finding the dance heartwarming and praising the class.

Another Facebook user, along with some commenters on Stomp, ensured the teacher’s role in this didn’t go unnoticed:

It’s evident that Ms Teh has won the hearts of her students in the School of Hospitality, meaning she must have poured her heart and soul into teaching them. Such as through the abovementioned bunny dance.

Apart from dancing in a bunny suit, Ms Teh apparently also danced in a chicken suit, according to the poly’s Facebook page.

She did this all in the name of allowing her students to better understand event marketing.

Watch this video where she explains the rationale behind her animal dances:

One commenter on Stomp was, apparently, so touched by the dancing students he had a sudden realisation that teaching is a noble profession.

Sounds familiar? It sounds just like a Ministry of Education (MOE) advertisement to attract teachers into the profession — except it’s not, and this real-life spontaneous episode really does illustrate the joy of teaching, especially when it’s done right.

This is how you get more people to become teachers. Heads up, MOE, it’s time to relook your marketing strategy.

Indeed, good teachers who can engage with their students will receive their gratitude. It may not come in terms of money or even a bump in their grades, but something more long-lasting.

Ms Teh will forever be an inspirational figure to this group of students, who will remember her as long as they live — we think that’s a better reward than aceing the module, though that wouldn’t hurt.

Kudos to the students for showing their appreciation in such a creative way, ending their lecturer’s last lesson off with a bang.

And kudos to Ms Teh for being a teaching inspiration to us all.

2020 PSLE Results Will Release On 25 Nov, Students To Get Them In Own Classrooms 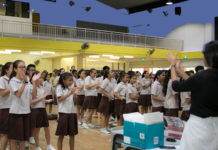