Mr Lee Kuan Yew, this is for you

Former Prime Minister Lee Kuan Yew passed away today (23 March) at 3.18am at Singapore General Hospital. Condolences have poured in from all over Singapore, tributes have been posted on social media; and the nation weeps.

From the party that LKY has built, these are 16 tributes from the Prime Minister’s Cabinet. 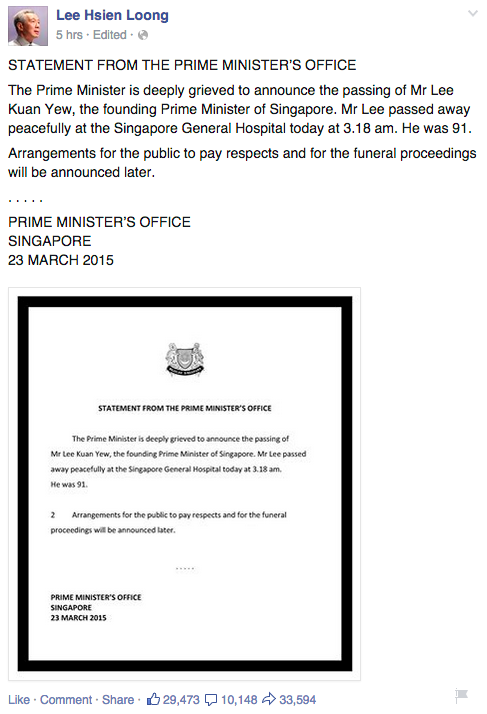 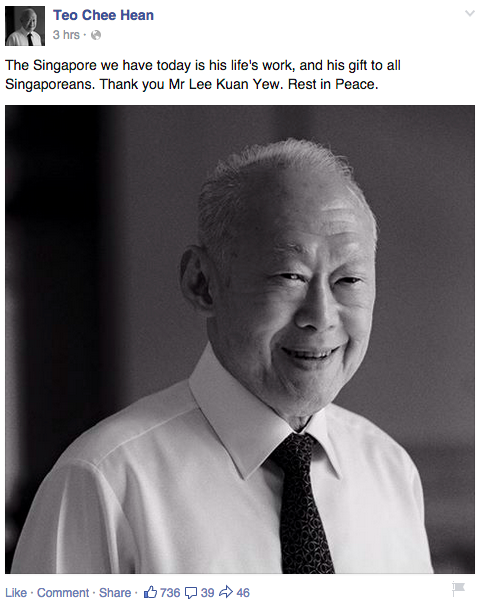 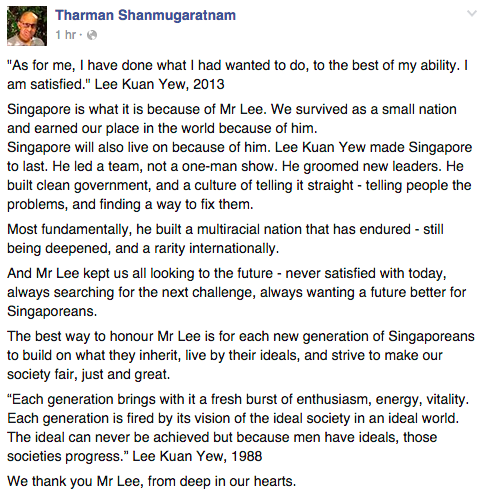 “As for me, I have done what I had wanted to do, to the best of my ability. I am satisfied.” 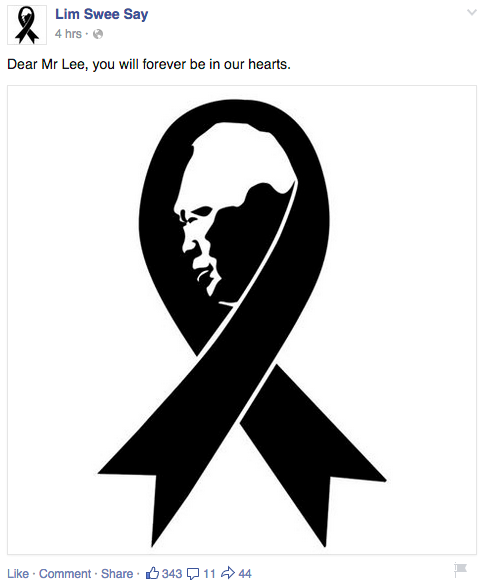 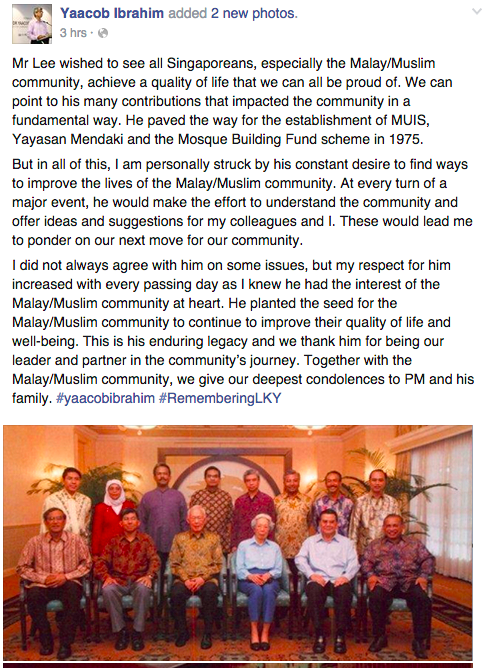 “This is his enduring legacy.” 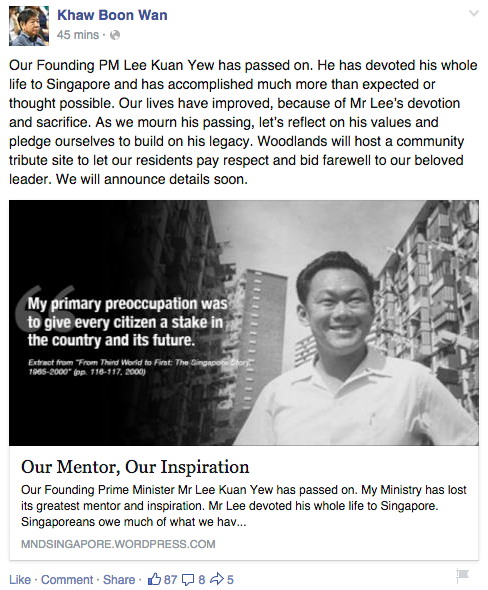 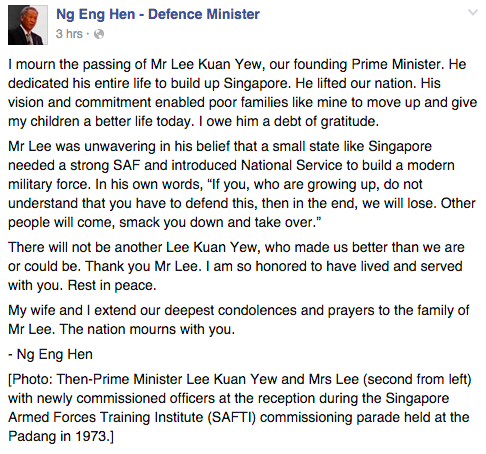 “There will not be another Lee Kuan Yew.” “He spent his life for Singapore. Every waking thought and dream.” 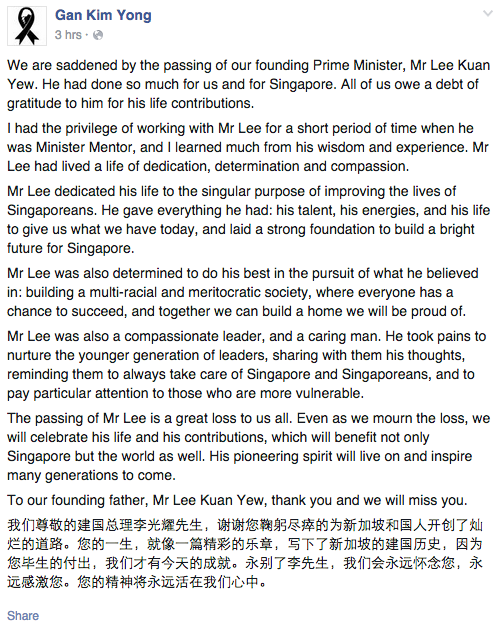 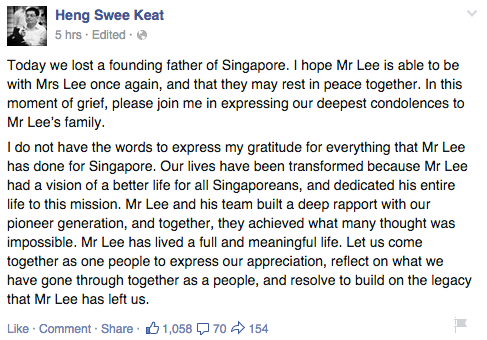 “I hope Mr Lee is able to be with Mrs Lee once again, and that they may rest in peace together.” 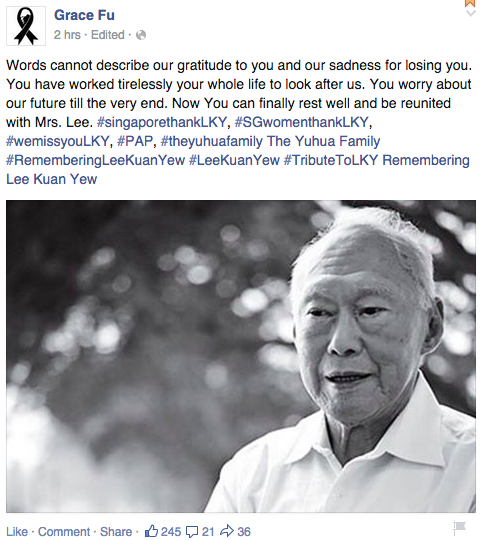 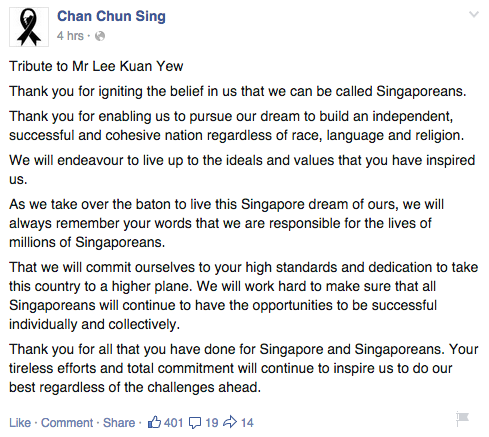 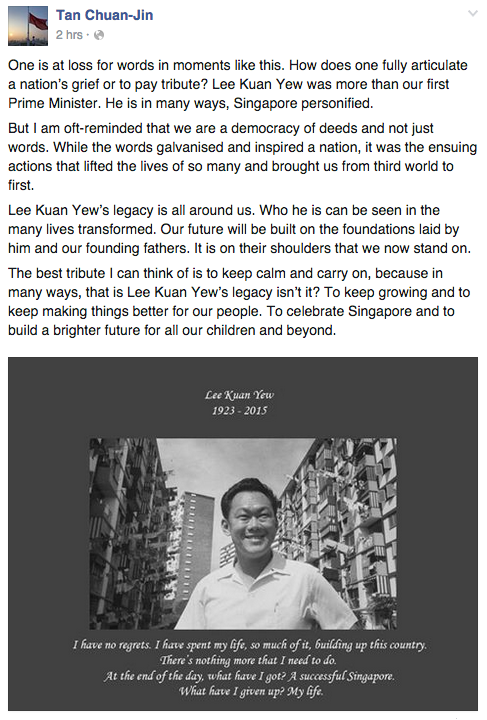 “He is in many ways, Singapore personified.” 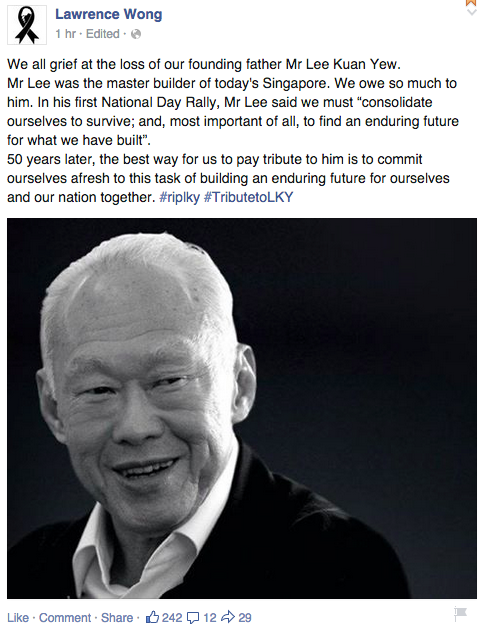 All of here at MustShareNews join the rest of Singapore in grieving for the loss of our dear founding father, a man with legendary resolve and unwavering belief.