The elusive professor weighs in on the Oxley Road bungalow debate

Dr Lee Wei Ling has been quite the frequent contributor to The Straits Times, the latest with an article about her dear ‘Papa’. In her submission published in The Sunday Times (19 April), the professor at the National Neuroscience Institute weighs in on how she thinks is best to honour her late father, Lee Kuan Yew.

We break down her commentary into eight points.

And as everyone knows, Lianhe Wanbao equates to gossip.

Remember that ‘battleship’ telegram picture that our cute Prime Minister Lee Hsien Loong put up on his Facebook page a while ago? 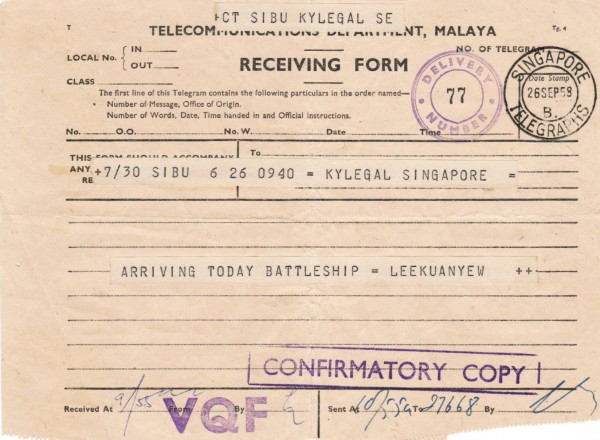 It was picked up and reposted by mainstream media, leaving most netizens amused. But what did Dr. Lee think?

“While it was entertaining, I found the story neither newsworthy nor educational.”

We see a slight bit of resemblance with LKY there. Both the father and daughter are no-nonsense, and prefer to stick to important business.

3. LKY turning in his grave a possibility

Singaporeans know how much LKY eschewed the idea of popularity. He didn’t care much about it; preferring effective and efficient policies instead. Despite the numerous contributions he made, there are very little things named after him. The only thing I can remember offhand is the Lee Kuan Yew School of Public Policy, and even then, it took a great deal of persuasion in order for him to finally agree to it.

Yet, Indian villages are planning to build museums and statues of him. Singaporean MPs want to name institutions after him, something that Lee Wei Ling described as being “baffled” by. Why do all this, she questions; “when it would most certainly go against what he would want and what he stood for in life”?

4. Time to learn a new word

When Lee Wei Ling wanted to write articles that included him, her father would reply “Ok, but no hagiography.”

5. LKY was short and sweet

Even when LKY was around, MPs had already suggested to him that certain monuments or institutions be named after him. His curt two-word reply? “Remember Ozymandias.”

LKY knew that physical structures were impermanent, and could not possibly last forever. So why bother?

6. Lee Wei Ling suggests a better way to honour him

Work towards improving the lives of Singaporeans, and continue to fight for what our first Prime Minister stood for. That is the best way to honour him.

7. Too much drama over Oxley Road bungalow

There has been a massive debate over whether to preserve the house that LKY and his family stayed in. Dr. Lee wants Singaporeans to respect her late father’s wishes and stop idolising the more than 100-year-old bungalow.

“Fellow Singaporeans, let us move on in a post-Lee Kuan Yew era…”

Since death is unescapable, we should make the most out of life by helping other human beings; not just Singaporeans, but also the many foreigners in our midst. And in the MRT trains.