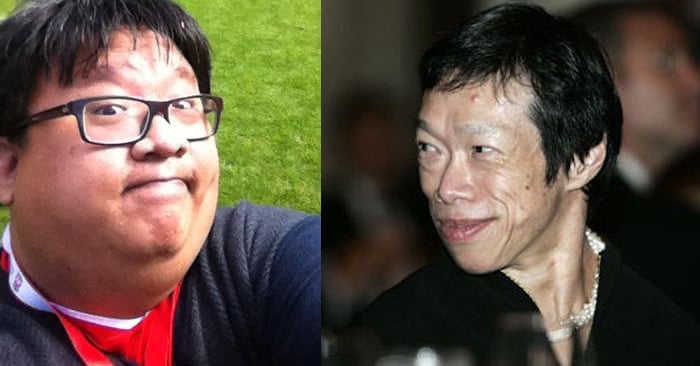 One year is too fast to start worshipping LKY, says daughter

Last Wednesday (23 Mar) was Mr Lee Kuan Yew’s first death anniversary and some Singaporeans came together to commemorate his passing.

For instance, a group of youths came together to create a portrait of our first Prime Minister out of 5,000 erasers. 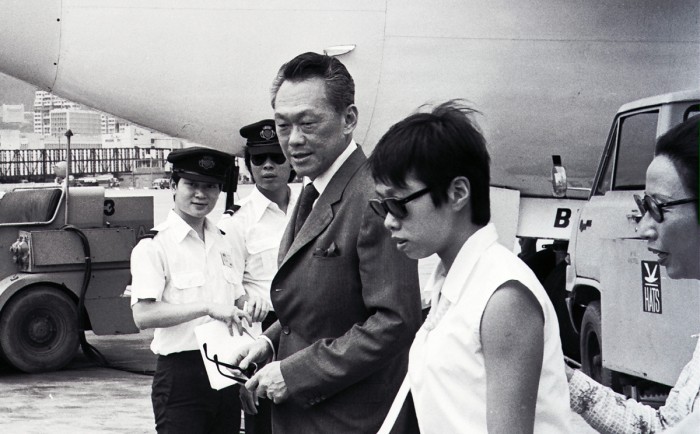 However, Mr Lee Kuan Yew’s daughter, Dr. Lee Wei Ling felt that it was too early to start worshiping her dad at the one-year mark.

Lee Kuan Yew would shudder at these commemorations

In her lengthy comment, she talked about the kind of person her father is and why he would cringe at the one-year anniversary tributes.

She painted Mr Lee Kuan Yew to be a serious man and there is no reason to continue the week-long commemoration.

Dr. Lee also talked about how the time and effort spent on creating the portrait out of erasers could be better spent.

I acknowledge the outline of Papa’s face made with erasers as a sincere gesture. But in looking at acts of commemoration in general, I would ask how the time, effort and resources used to prepare these would benefit Singapore and Singaporeans.

Although it might seem that she is dismissing the efforts and sincerity of the youths, she does have a point.

If Mr Lee Kuan Yew was a man who doesn’t like being worshipped like a hero, should it be done at all?

After all, Mr Lee Kuan Yew did what he did not for fame nor recognition but the well-being of Singaporeans and our country.

The Straits Times’ assistant Sports Editor, Mr Chia Han Keong was unhappy at how Dr. Lee did not seem to appreciate the commemoration and took to Facebook to express his disdain. 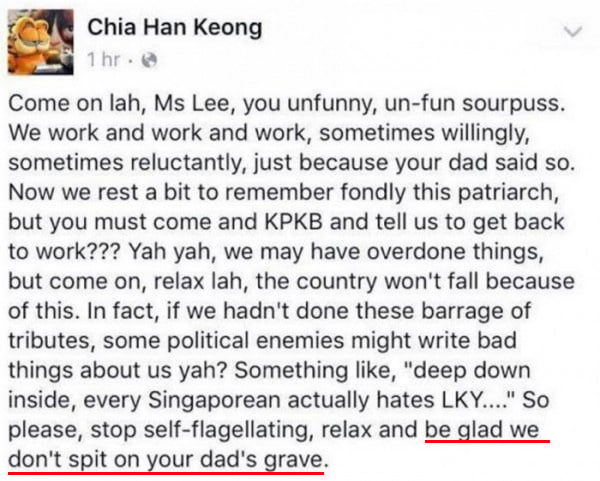 He soon realised his folly and deleted the post, but what’s on the Internet stays forever.

Of course, he apologised for his words.

To commemorate or not?

To some, commemorating Mr Lee Kuan Yew’s death is to honour his selfless dedication for Singapore but to others like Dr. Lee, it comes off as pretentious.

But one thing’s for sure — people from all walks of life have gathered together to forge a sense of belonging in Singapore, all in the name of her father. Featured image via Facebook, Watch Putlocker Online Free
With reference to The Independence