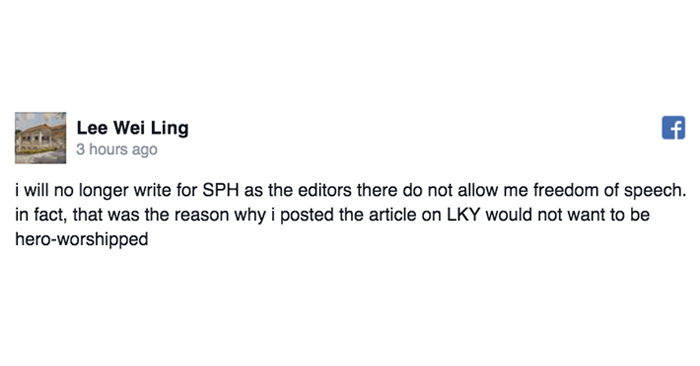 Daughter of the late Prime Minister Dr. Lee Wei Ling has updated her personal Facebook page, saying that she will no longer be writing for SPH. Dr. Lee’s columns are regularly published on The Straits Times. Over the last 12 years, she wrote over 180 of them from topics about her father to health policies.

Earlier on 25th March, she wrote a viral Facebook post about the veneration of her father and how he would have cringed at the “hero-worship” leading to his death anniversary.

In her lengthy Facebook post, which has since been shared over 7,300 times, she questioned the front page of The Straits Times, which featured a giant installation of LKY’s face made with thousands of erasers. The efforts made her “wince”. 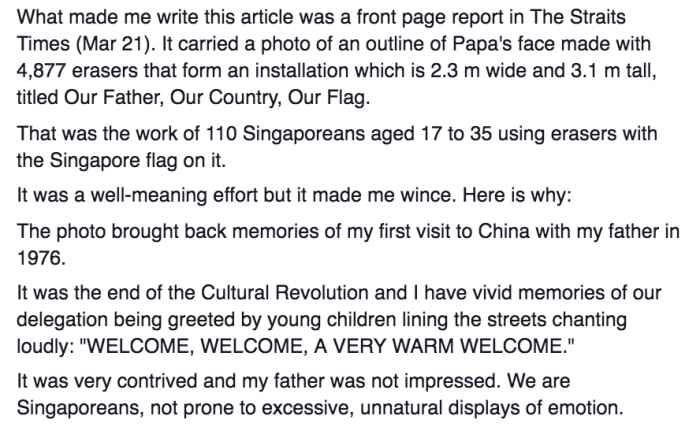 While The Straits Times did not publish her post, TODAY (owned by Mediacorp) ran it.