Must Share News – Independent News For Singaporeans
Home Viral Social This LEGO Note From The ’70s Will Help You Think Outside the... This Note May Help Boost Your Creativity

We have often said that our education system doesn’t encourage creativity, but a note that is supposedly from LEGO in the ’70s may be the thing to get your juices flowing. Although it is a little blur, it reads as such:

“The urge to create is equally strong in all children. Boys and girls.

“It’s the imagination that counts. Not skill. You build whatever comes into your head, the way you want it. A bed or a truck. A dolls house or a spaceship.

“The most important thing is to put the right material in their hands and let them create whatever appeals to them.”

Redditor fryd_ said that he was “playing with his niece and nephew at their Grandma’s house”, and came across this letter. It was “from 1973 with a blonde girl on the front with a white LEGO house”. It led him to post it and it soon went viral.

The letter is also incredibly progressive, highlighting that certain toys should not be gendered unnecessarily, and that boys and girls are just as creative as each other. This is what we should bear in mind when letting children choose their toys. After all, what we do may enhance or limit their creativity. 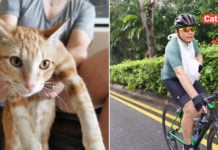