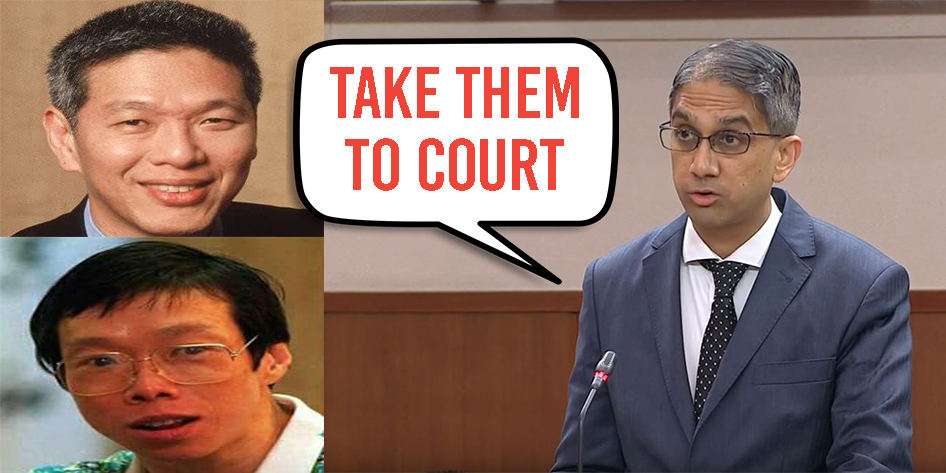 To Sue Or Not To Sue?

As Day 1 of the parliamentary debate on 38 Oxley Road came to a close, one of the only things that the entire Cabinet agreed upon was that the Oxley Road saga must come to an end as soon as possible, to reduce any further damage to Singapore’s reputation.

And according to Non-Constituency Member of Parliament Leon Perera, the best way for it to end is for the Lee siblings to bring the case to court. 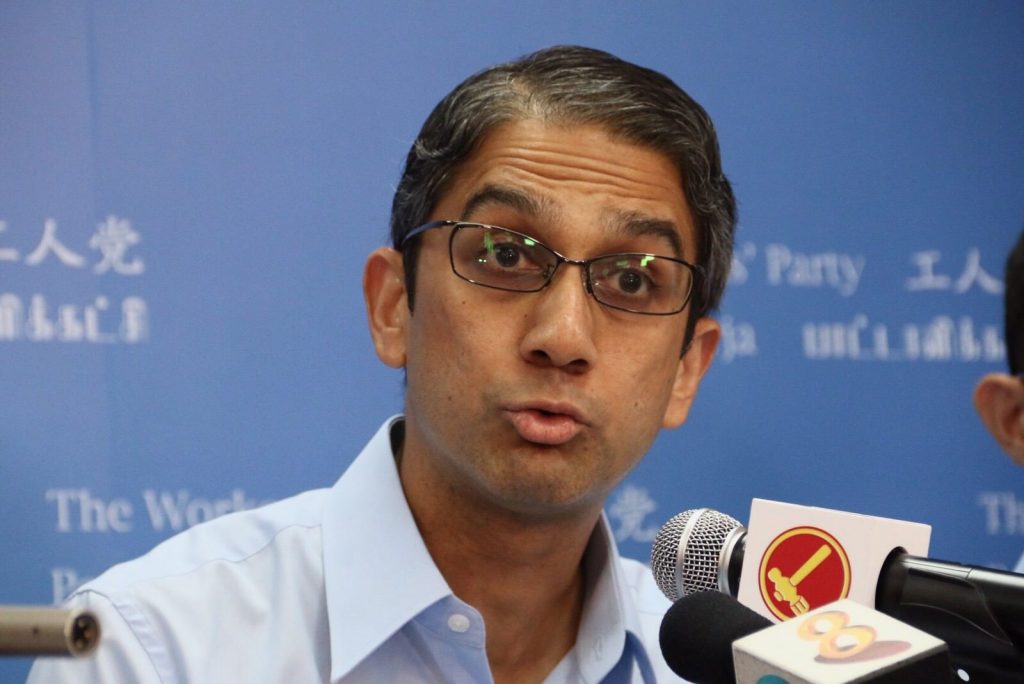 In his opening address to Parliament, Prime Minister Lee Hsien Loong refuted all claims by his siblings that he had abused his political position for his own personal agenda.

By posturing his innocence, PM Lee’s stance suggests that his siblings’ accusations are false, and could amount to libel.

However, PM Lee said he would not sue his siblings, as he did not want to “further besmirch” his parents’ names. 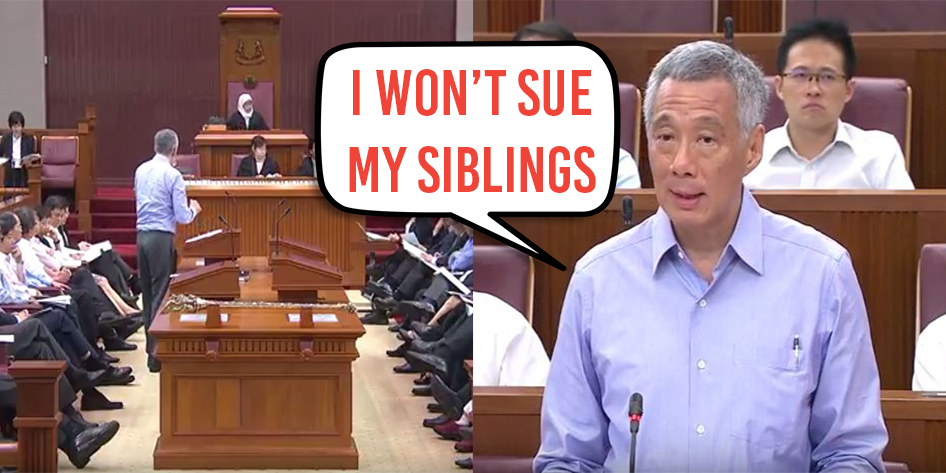 This is surprising given the government’s tough stance on cases of slander in the past.

Aljunied GRC MP Pritam Singh noted that former prime minister Lee Kuan Yew had prioritised credibility and integrity above all, pointing out that the government had swiftly quashed threats to that in the past by filing defamation suits.

If anybody impugns the integrity of the Government, of which I was the Prime Minister, I must sue…. And I must demand that either the court finds that those defamatory words (are) true, in which case I am demolished, or there’s a penalty.

While it is understandable that the PM would choose to avoid suing his brother and sister on familial grounds, such a stance would leave the problem unsolved, as Mr Perera, a member of the Workers’ Party, postulated in his address to Parliament.

Here are 3 reasons why PM Lee should bring the issue to court, according to Mr Perera in his address:

For those who think it’s just a family dispute over a house, they are sorely mistaken.

Mr Perera highlighted that the key concerns lay beyond whether the house should be demolished and the disagreements between the Lee siblings.

Rather, what is more serious are the allegations made by PM Lee’s siblings on the “abuse of power and the integrity of public institutions”.

He was referring to the claims by Dr Lee Wei Ling (LWL) and Mr Lee Hsien Yang (LHY) that PM Lee had abused his power as prime minister to influence the committee that had been set up to decide the fate of the Oxley Road home.

LWL and LHY also stated that they had lost all faith in PM Lee’s abilities to govern Singapore.

It is these allegations that have had the most damning impact on Singapore’s reputation, said Mr Perera.

Mr Perera extrapolated that the allegations by PM Lee’s siblings could not be dismissed “without allowing to the accusers a public platform to defend and expand on their views, share their evidence and be cross-examined. A public platform where all can see justice being done otherwise that the matter may never be put to bed”.

As it is, there has been no public platform for LWL and LHY to air their grievances except via numerous Facebook posts.

Similarly, there has no platform for anybody to challenge their views in their presence and allow them to defend themselves.

As a result, he said, “there are Singaporeans who believe that the allegations made against the Prime Minister may have more than a grain of truth to them”.

Court would provide such a platform.

And ultimately, we must ask: Had anybody other than PM Lee’s siblings made the allegations of abuse of power, would they have been sued?

The lack of such a fair and transparent platform would only result in the saga being prolonged. As Mr Perera said:

This is accurate as throughout the 2 days of parliamentary sittings on the dispute, LWL and LHY have responded over Facebook to whatever has been said.

Some netizens have supported Mr Perera’s stance, saying that it would help end a long-drawn-out saga that most Singaporeans want to move on from.

We Told You So

Back when the parliamentary sitting was announced, we already predicted that it would not solve the dispute, given the absence of the Lee siblings.

It’s disappointing that only the opposition party members fought for greater clarity on the situation by affording the Lee siblings a chance to substantiate and defend their allegations.

A lawsuit would be the most clear-cut way to restore confidence in the Government.