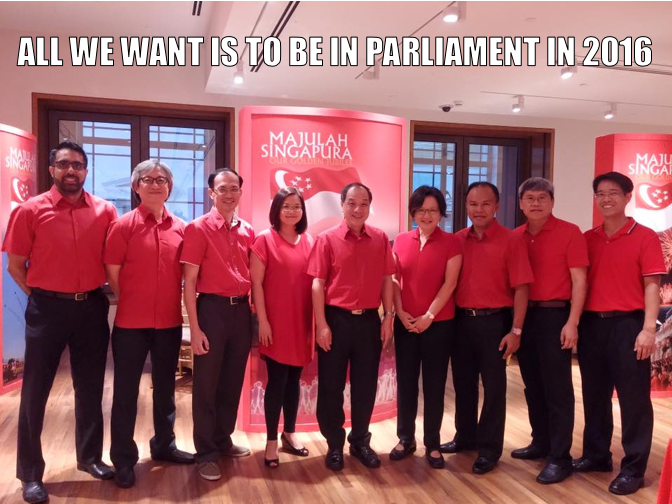 Because the NSP decided to give way at Marine Parade

According to a mass media release by the National Solidarity Party (NSP) dated 10 August, the party have decided to give up the Marine Parade Group Representation Constituency (GRC) and the MacPherson Single Member Constituency (SMC) to the Workers’ Party (WP) to avoid a 3-corner fight.

This means that we can expect a Workers’ Party (WP) and People’s Action Party (PAP) face off at Marine Parade for the first time ever. WP have never contested in Marine Parade GRC since the introduction of the GRC system in 1988.

And the NSP will now turn their attention to Tampines GRC, Sembawang GRC, and Pioneer SMC instead.

1. The Workers’ Party is different from the other Opposition parties

Perhaps having elected members at the Parliament is something really really special.

WP has been putting in effort to differentiate themselves from the “other opposition parties”. At the first Opposition meeting of horsetrading, each Opposition party were expected to send three senior party members to discuss on how to best avoid a three-corner fight.

But, the Workers’ Party did not  send any senior representative.

The WP sent three representatives, and we couldn’t even decide who was the most senior among them —

The first Opposition meeting concluded with the WP and the NSP undecided over contesting at the Marine Parade GRC and the MacPherson SMC. The two parties ended up agreeing to work out a solution at the second Oppostion meeting set for 3 days later (6 August).

WP disregarded NSP, ignored the second Opposition meeting, and went ahead with walkabouts at Marine Parade GRC and MacPherson SMC — citing the lack of time for the decision. 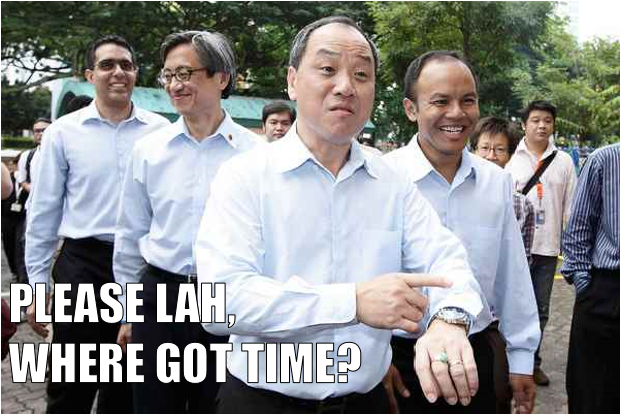 The NSP blinked at the stare-down

NSP eventually conceded defeat, and announced that the party will give up Marine Parade GRC and MacPherson SMC to WP.

WP actions suggest that they think of themselves as a more powerful Opposition party than the rest. Judging by the response of NSP, the other Opposition parties seem to agree.

WP may be different, but are they necessarily more special than the other opposition parties?

2. The Workers’ Party may have blown their chance in capturing another GRC

With the NSP withdrawal of the Marine Parade GRC and MacPherson SMC, the WP will now be expected to contest in the two wards.

Joo Chiat SMC was the second closest fight at the 2011 General Election.

PAP’s Charles Chong edged out WP’s Yee Jenn Jong by 388 votes and merited Mr Yee a spot at the Parliament as a Non-Constituency Member of Parliament (NCMP).

Since the 2011 General Election, NCMP Yee has been faithfully walking the ground of the Joo Chiat, until the Electoral Boundaries Review Committee (EBRC) decided to merge the area with Marine Parade GRC — dissolving Joo Chiat SMC in the process.

With NCMP Yee at the Marine Parade GRC, he will be unavailable for the WP team at the East Coast GRC — which experienced the closest GRC contest in 2011 with a margin difference of 9.6%.

WP will thus not be able to team-up their two strongest non-elected candidates — NCMP Yee and NCMP Gerald Giam — to contest at the East Coast GRC, where the WP has been contesting since 2006 with improving results at each attempt. 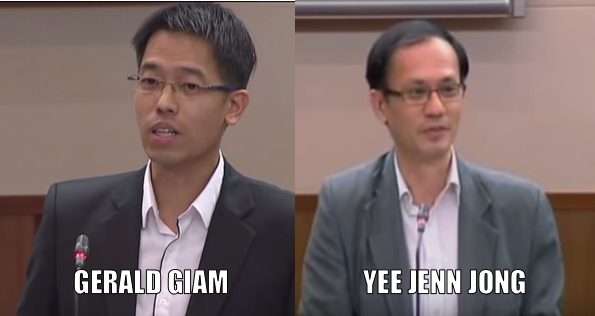 Dividing up their big names will not benefit the WP. Recall that the 2011 Aljunied GRC success came when the WP decided to concentrate their big names — WP President Sylvia Lim, WP Secretary General Low Thia Khiang from Hougang SMC, and the overqualified star Chen Show Mao — into a single GRC.

Selecting NCMP Giam and NCMP Yee for the East Coast GRC would have definitely boost WP’s chance of capturing the GRC.

In that case, why is WP insistent on contesting at the Marine Parade GRC?

3. WP is satisfied with the status quo

In a scenario where the WP team that consists of NCMP Yee and NCMP Giam fails to win at East Coast GRC but did well enough to send an NCMP into Parliament, the WP can only choose to select either NCMP Yee or NCMP Giam as an NCMP.

In a scenario where both WP teams at Marine Parade GRC and East Coast GRC fail to win but did well enough to send an NCMP each, the WP will be able to select both NCMP Yee and NCMP Giam to enter into the Parliament.

WP’s strategy for the coming General Election may really just be keeping things as close to status quo as possible. In fact, they may not have the confidence or desire to win another GRC — note WP Secretary General Low’s decision to stay at the Aljunied GRC.

4. NSP are still not confident, even after countless walkabouts

WP may not the only Opposition party that lacks confidence.

The act of giving up ground that the party had faithfully walked and contested since the 2011 General Election suggests a lack of confidence within the NSP.

The consistent and intense walkabouts,

…and the  chit chats with residents over the past 4 years…

…all for absolutely nothing, in the name of  opposition unity.

5. The 2015 Edition of “Nicole Seah VS Tin Pei Ling” may take place at Tampines

One of the highlight at the 2011 General Election, was the Marine Parade GRC contest that saw an electoral fight dubbed as the “Battle of the Belles” — PAP’s Tin Pei Ling VS NSP’s Nicole Seah. Ms Tin triumphed over Ms Seah at the 2011 General Election. Since then, the lives of both belles have taken a very different turn.

Ms Tin entered the Parliament, “popped” an SG50 baby last week (5 August), and has been confirmed to be contesting at the MacPherson SMC single seat.

On the other hand, Ms Seah left politics, the NSP, and recently starred in an SG50 film, 1965.

The days of Tin Pei Ling VS Nicole Seah may be only memories for Singaporeans today, but the PAP and the NSP may actually be preparing to serve us a second edition of the “Battle of the Belles”. 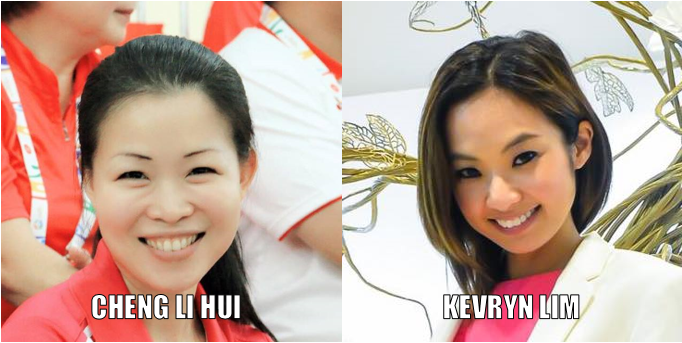 Now that NSP has decided to officially withdraw from Marine Parade GRC and MacPherson SMC, they will focus their attention on the next strongest ward — Tampines GRC.

NSP may well field Ms Lim — a 26 years old owner of a start-up and an aspiring politician who has been creating waves on the internet for her looks and history of modelling — at Tampines GRC to pull in votes.

Over at the PAP’s camp of the Tampines GRC, former National Development Minister Mah Bow Tan is set to retire from politics and hand over his ward to Ms Cheng.

Ms Cheng is a 38-year-old (she doesn’t even look the age!) Deputy Chief Executive Officer and Executive Director at Hai Leck Holdings and she has been actively walking the grounds at the Tampines GRC. Bet you can’t wait for the General Election now, neither can I.

The act of NSP giving up Marine Parade GRC and MacPherson SMC presented us with 5 valuable lessons to learn about the coming General Election — it will be wise to recap the five lessons.

1. WP are different from the rest of the Opposition Parties (and everybody thinks so too).

2. WP may have blown their chance of capturing a second GRC.

3. WP’s main priority is to keep things at the status quo.

4. NSP isn’t too confident about their chances.

5. Second Edition of Battle of the Belles should happen at Tampines GRC.

There will be more lessons to learnt over the next few weeks as political developments is set to be ramp up at a faster pace.