On 12 Feb, Barack Obama turned up on a special Valentine’s Day episode of The Ellen Show to deliver a moving tribute to host Ellen DeGeneres.

During the segment, Ellen and President Obama were discussing about the progress of LGBT (lesbian, gay, bisexual, and transgender) rights and the community in America. Obama then thanked the openly-gay comedienne for promoting LGBT rights in the US.

This episode aired on Tuesday (23 Feb) on Singapore’s Channel 5, but with a glaring omission.

Viewers in Singapore completely missed the emotional segment, as that clip never aired on Singaporean television.

According to Gay Star News, actress Neo Swee Lin discovered the censors at work, and promptly turned to Facebook.

However, thanks to the magic of the internet, Singaporeans can still check out what the POTUS said.

The segment that was not broadcasted

Ellen thanked Obama for what he has done for the gay community in America, and President Obama said as much as he could do to change the law, “changing hearts and minds, I don’t think anyone has been more influential than you (Ellen) are.”

Reasons why the LGBT segment was removed

So, why was the segment cut from our screens? Here’s a clue.

Under the MDA Free-to-Air Television Program Code, the promotion, glorification or the justification of homosexuality lifestyles are barred.

Perhaps the reason why MDA had to impose these codes is because they have to be considerate to the different religions existing in Singapore – and most religions do not condone the act of homosexuality.

But what about the group of people who support the rights of the LGBT community?

Most importantly, how would the people who belong to the LGBT community feel — that their lifestyle which is inherently normal, be dismissed just like this.

Most people felt indignant that that particular segment of the episode was not broadcasted.

However, instead of being furious at why that segment was being removed, it is more important to recognise why the MDA or Mediacorp felt that there was a need to censor that segment.

Despite the efforts of Pink Dot Singapore and Oogachaga in trying to promote love and embrace diversity in the form of LGBT rights, not all Singaporeans are open to this idealism.

As Singaporeans we pledge to be:

One united people,
regardless of race, language or religion,
to build a democratic society
based on justice and equality

This concept applies to gay relationships as well which is built on the same love we all share and experience at points of our lives.

It is just an alternative lifestyle, nothing else is different. 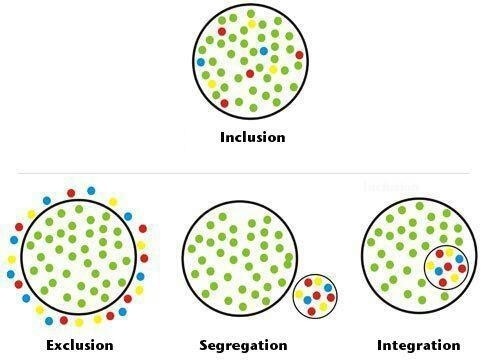 “My whole political career has been based on the idea that we constantly want to include people and not exclude them and how do we bring more and more people into opportunities and success and feeling hopeful about their lives.”