Must Share News – Independent News For Singaporeans
Home News Li Shengwu: We Shouldn’t Be The Kind Of Country That Builds Shrines... 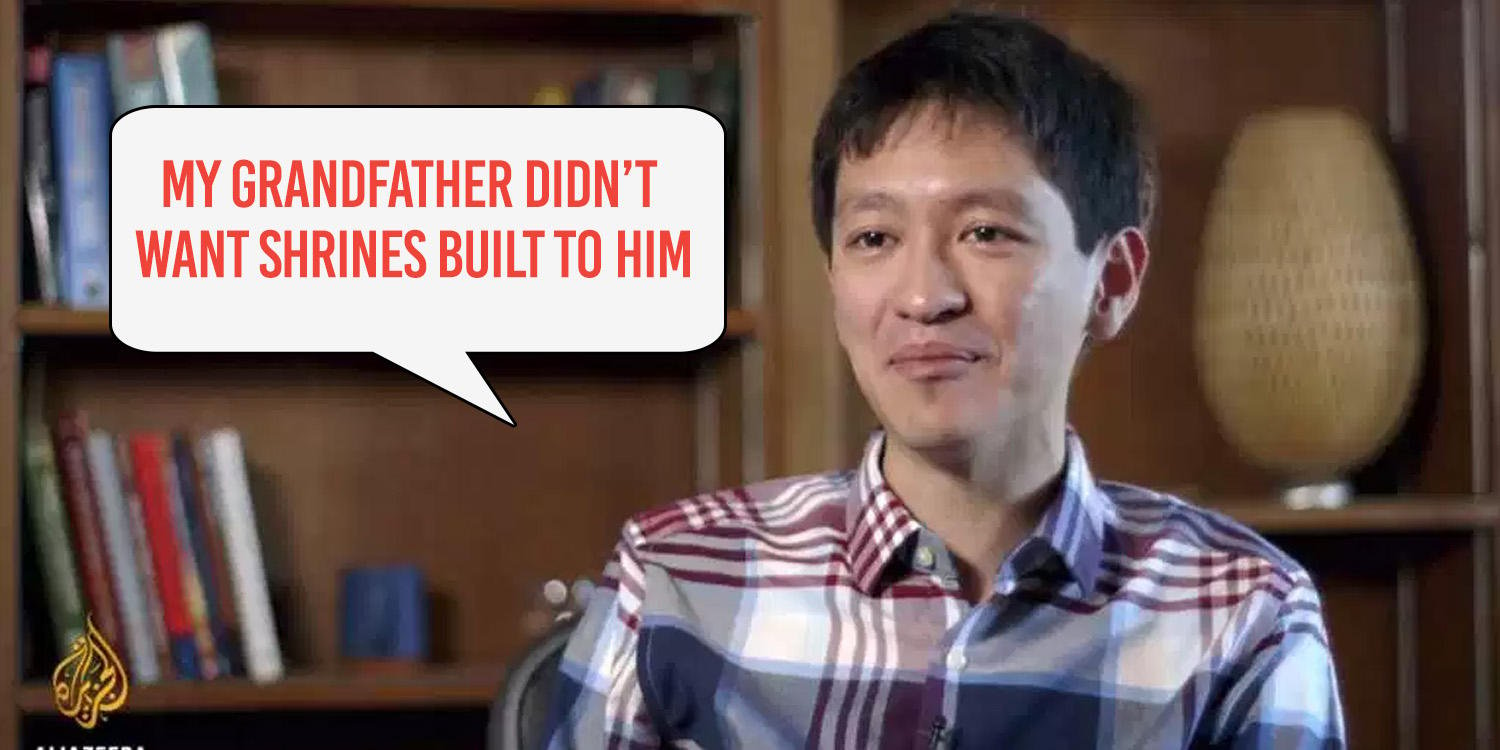 The past week has been an interesting one for the parties concerned with 38 Oxley Road.

The appointed Ministerial Committee has laid out three options for founding Prime Minister Lee Kuan Yew’s home, with his children already disagreeing on the report.

It appears to be the unabridged version of the Qatari news outlet’s previous interview with Mr Li for its documentary Singapore: The House That Lee Built released in March.

In Al Jazeera’s New Documentary, Li Shengwu Explains His Relief When His Parents Are Outside S’pore

A cult of personality?

While the 38 Oxley Road saga features heavily, the interview also delves into the legacy of Mr Lee Kuan Yew, as well as Singapore’s electoral system.

At the time of his grandfather’s passing, Mr Li believed that Singapore could move forward without building a cult of personality around the founding PM.

But in the three years since, he has become less sure.

The things I said in my eulogy come from a belief that there was a path for Singapore … that is about a set of institutions and about abiding by the rule of law, and this isn’t about the cult of one man. At the time I gave the eulogy, I believed that was true. And I hope very much in the future that it will turn out to be true. But I’m less sure of that than I was back in 2015.

Much of this uncertainty stems from the size of his grandfather’s personality and its shadow over modern Singapore.

Mr Li cites the 2015 General Elections as an example, saying that it was fought on “a vote of gratitude for what my grandfather did”, rather than a vote of confidence in the ruling party’s plans.

He gets quoted at every corner. There’s a continual attempt to harken back to his legacy … surely, he would have wanted the party to fail or succeed on its own merits … without having to constantly remind everybody of its special connection to him.

He added that a lot of stories that “Singapore tells itself” and “the world has about Singapore” are wrapped up with the late Prime Minister.

There’s a version of Singapore that says this is like a monarchy. You hand it on in the family with brief transitions in between. And there’s a version of Singapore that says my grandfather did a lot to build a modern society, and if you build the foundations of a society right, it shouldn’t depend on the continuance of one family line. Those two visions are certainly in tension. 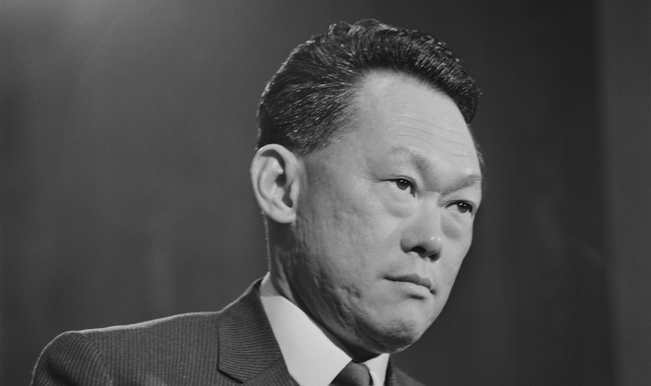 Central to Mr Li’s personality cult argument is the Lee family home on Oxley Road and the ongoing debate about its fate.

According to Mr Li, his father and aunt Dr Lee Wei Ling anticipated that the Government would “disregard” his grandfather’s last wish about the property.

But the siblings were more disturbed by what they saw as “a desire to rewrite history about what that last wish was”.

There is a wish to claim somehow that my grandfather changed his mind, in the teeth of all the evidence. And I think that there was a point where my father and my aunt decided they wouldn’t be able to live with themselves if they’d kept quiet about this.

That rewriting of history refers to contradicting claims on whether Mr Lee agreed to have 38 Oxley Road preserved.

Mr Li feels strongly that Mr Lee did not want Singapore to become the kind of country that would “build shrines to him” — which 38 Oxley Road might become if preserved. 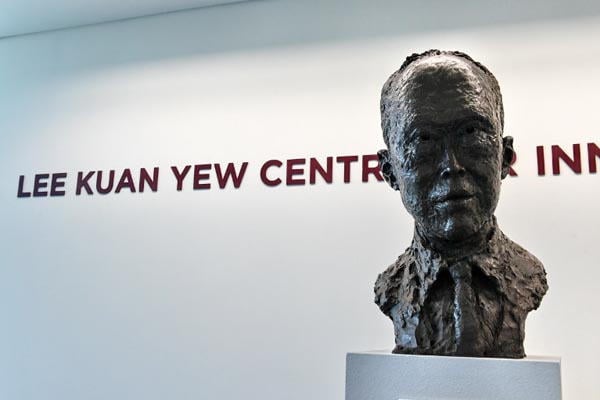 He also alleges that the Government has attempted to frame the 38 Oxley Road saga as an issue about Mr Lee’s last wishes, rather than about personality cults.

Mr Li points out that Mr Lee’s words about 38 Oxley Road are not quoted as widely as his views on other issues.

And it just seems remarkable to me that the things he said about (the building of shrines and monuments) just don’t seem to be absorbed in the way the modern party sort of goes about referencing him.

Why a political career doesn’t interest him

Mr Li refuses to be drawn into the political game, basing his stance on the twin issues of principle and personality.

He fears that “any involvement” in local affairs would result in turning Singapore into the kind of country “where it matters whether or not you’re a Clinton or a Gandhi”, referring to prominent political families in other countries.

There’s no way that works out well. But also, I really dislike managing people. I really can’t work with having subordinates. It makes me feel incredibly awkward. 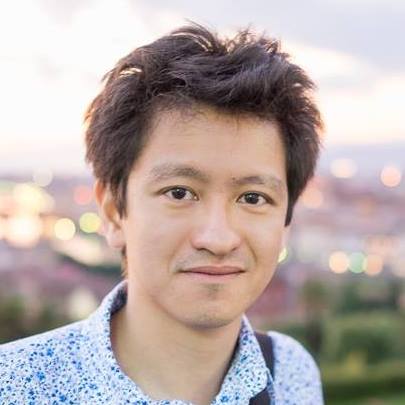 The future of Singapore, according to Li Shengwu

According to him, Singapore is now standing at a crossroad, with two histories we could be “telling ourselves” 20 years from now.

The first is one that “says that my grandfather (the late Mr Lee) made a great contribution to Singapore’s development”.

In tis case, Mr Lee’s legacy would then be different from other “independence leaders, who were big personalities”, because Mr Lee had created “good institutions that would outlast him”.

But the alternative vision of Singapore would have us looking back at the past two decades and saying:

This is just one more country where it had a good leader and it’s still circling the orbit of what used to be.

As Mr Li circles around to the argument that his grandfather made that Singapore was “not ready yet” when it comes to political liberties such as open contestation, he pushes back against such sentiments and retorts that Singapore is “as rich as any country in the world could be”.

If it’s not ready now, it’s never going to be ready.

Wrapping up the interview, Mr Li was asked what would constitute a “good outcome” for the next elections, due to be called before 15 January 2021.

He expressed that it “would be better” if the PAP “felt the heat” a little, citing his lack of confidence in the way they have recently wielded their power.

He also wishes that the next General Election introduces strong incentives to form a better and more robust political system. 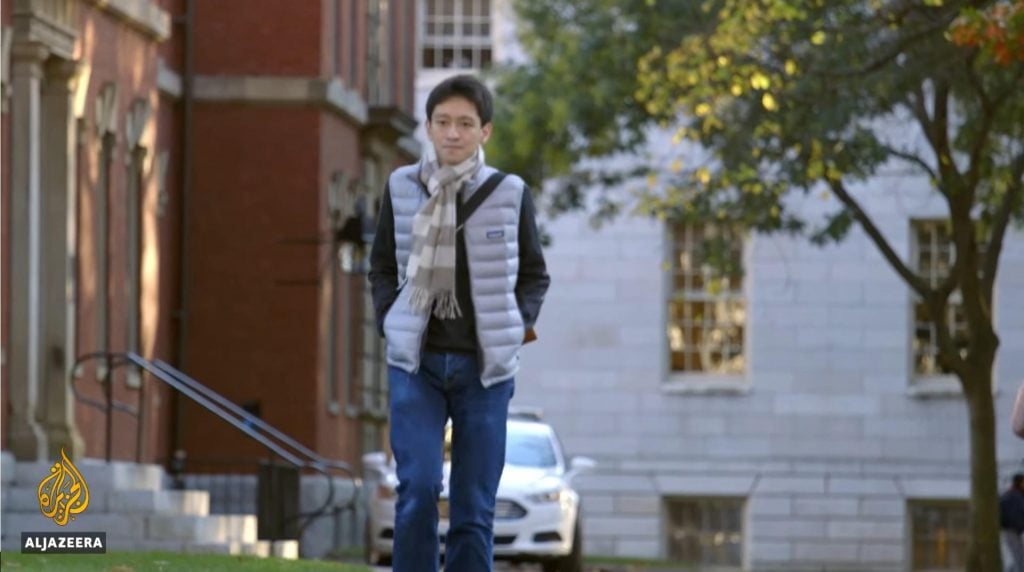 Perhaps as the 38 Oxley Road situation develops, we would all do well by being wary of a “legislative supermajority” ruling with impunity.

Other quotes from Mr Li that made the cut into Singapore: The House That Lee Built can be read in our previous coverage:

In Al Jazeera’s New Documentary, Li Shengwu Explains His Relief When His Parents Are Outside S’pore 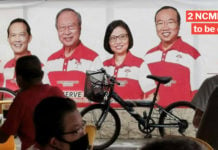