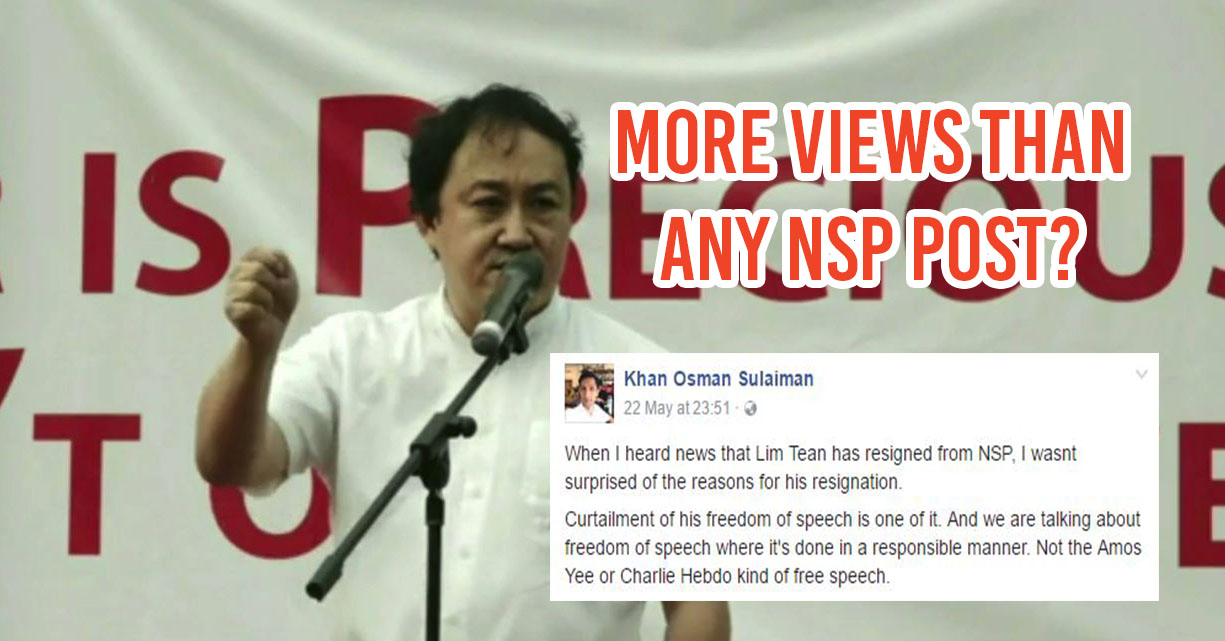 Mr Lim Tean’s unexpected and abrupt resignation from the National Solidarity Party (NSP), barely 2 years after taking on the mantle of secretary-general, has taken many by surprise.

Mr Osman Sulaiman, of fellow opposition party The Reform Party, wasn’t one of those who were surprised. Instead, he became an unlikely source of support, applauding Mr Lim’s decision to walk away from the NSP and echoed his calls for responsible freedom of speech in Singapore.

Mr Lim was unanimously voted as NSP chief in August 2015 — just days before nomination day for the 2015 General Election came around. He was instantly faced with a host of issues surrounding the party, in what he described as a baptism of fire. 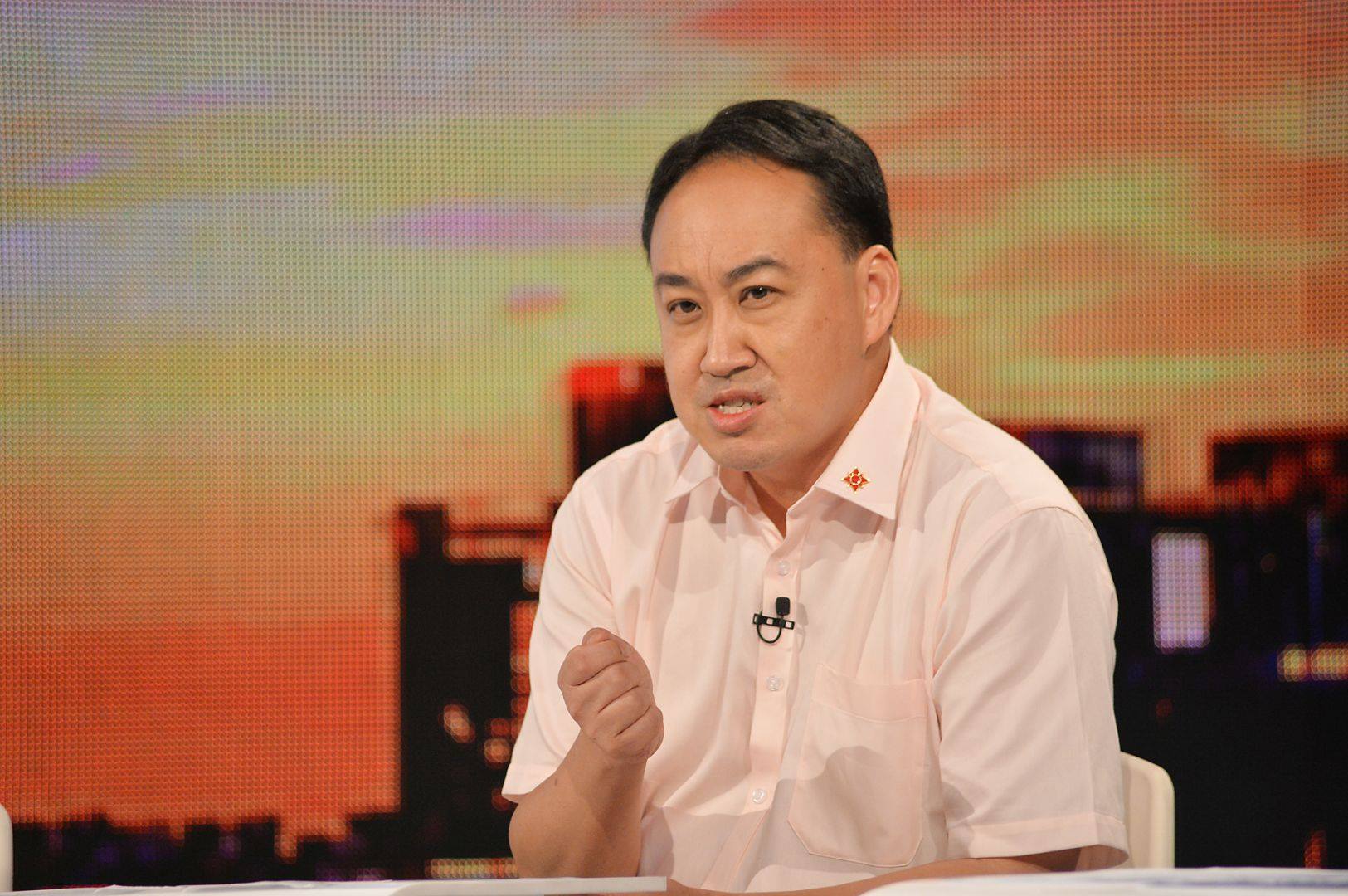 When he finally announced his resignation on his Facebook page on Monday (May 22), the 52-year-old legal consultant did so saying that the past few months had made him realise his approach and political ideology differed from that of his party’s.

Despite leaving the NSP, he promised to continue being a voice for Singaporeans.

Some things he took issue with were:

1. No Support For Speech

The tipping point came after the announcement of the 30% increase in water prices in March, which left many Singaporeans, Mr Lim included, fuming.

So much so that he made a passionate speech during a water hike protest at Hong Lim Park that reached over a quarter of a million people, something hat he was clearly delighted with.

He had expected the NSP to be supportive of his address — instead, he was left disappointed after some in the party disapproved of his actions.

Similarly, a netizen was taken aback after learning of the NSP’s disapproval of his participation in the protest.

Mr Lim even took a sly dig at the NSP by claiming none of the party’s posts had reached more people than his speech.

But that wasn’t all. The party’s decision to remain silent over the Elected Presidency scheme also didn’t sit well with Mr Lim, as he believed this issue to be one of the most significant constitutional matters of our time.

Saying that he exercises his right of free speech but knows not to overstep the boundaries by making defamatory remarks, Mr Lim derided politicians who are afraid to express their differing opinions publicly, claiming it’s a dereliction of duty.

However, he claimed that conservative members in his party didn’t see eye to eye with him on this matter.

His resignation was met with appreciative messages from thankful netizens.

Mr Osman was a Reform Party candidate who contested in Ang Mo Kio Group Representation Constituency in the 2015 General Election.

Thus, having gone against none other than Prime Minister Lee Hsien Loong in his constituency, he knows what it feels like to face overwhelming odds.

Thus, in a post on his Facebook page on Monday, he cheered Mr Lim’s decision to leave the NSP amid the opposition to his behaviour.

Mr Khan seemed to understand that the restrictions at the NSP had proven too much for Mr Lim to bear, and said that even though opposition parties often call for freedom of speech, in reality they do not practice this behaviour — as party members will remind each other to mind their words and refrain from protesting.

He claims to have witnessed many occasions whereby alternative parties are uncomfortable with sharing their honest opinions about certain issues despite feeling strongly about them LGBT matters etc.

But he claimed that not all alternative parties were like that, with members of the Reform Party (RP), Singapore Democratic Party (SDP), People’s Power Party (PPP) and Singapore First Party (SFP) given freedom to participate in such discussions, he added. 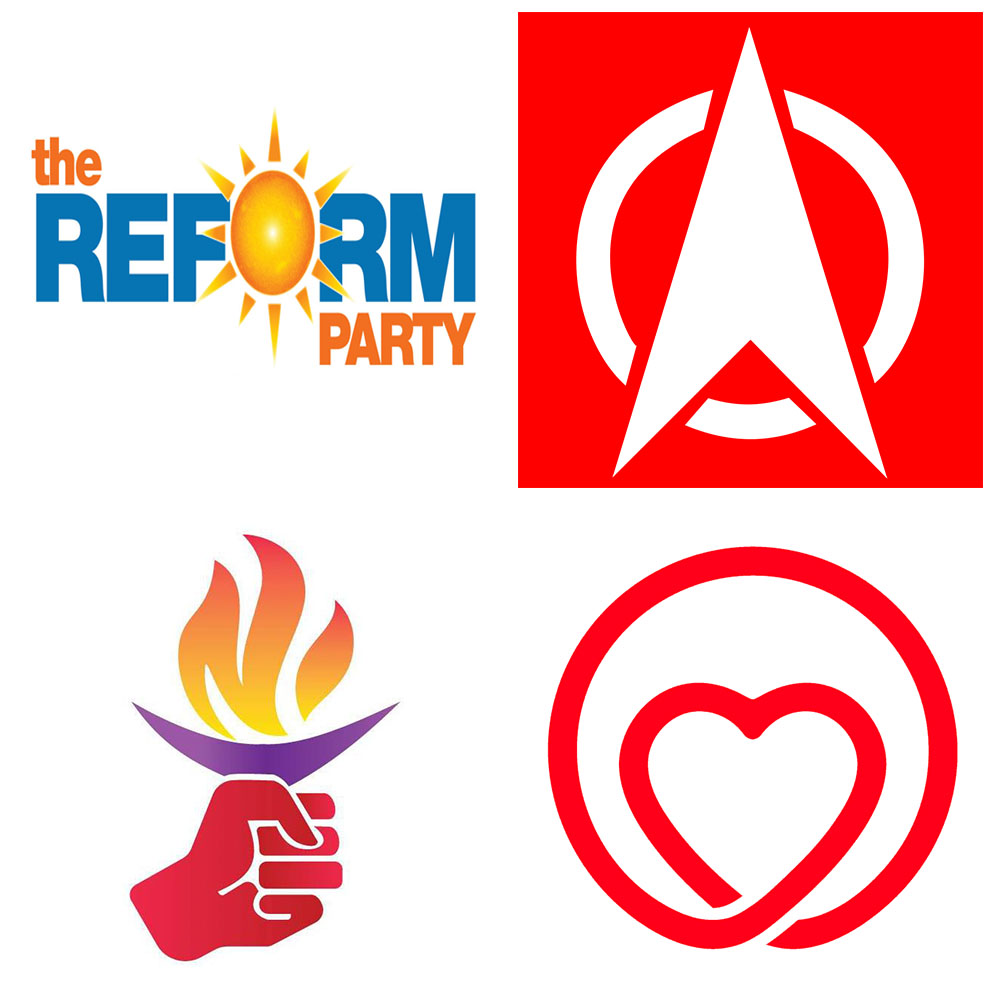 He encouraged political leaders to discuss and solve sensitive problems with transparency rather than suppress them by silencing their members and creating “artificial harmony” — if not they will be no better than the People’s Action Party (PAP) that they are seeking to displace.

And of course he had to promote his own political party, by revealing how RP members are able to speak freely if responsible.

He also commended Mr Lim for refusing to be silenced and walking away from the NSP’s restrictions. What Next For The NSP?

Alarmingly, this is the 6th time in as many years the NSP will be looking for a new chief, reported Today.

And if what Mr Lim said was true about NSP members not liking what he said, it’s no wonder — Politicians should and must exercise their freedom of speech. How else are the people going to trust them to debate and solve sensitive issues in Singapore?

Meanwhile, the high turnover rate rate for NSP secretary-generals is concerning, and might point towards internal strife within the party. All this negative publicity might adversely affect NSP’s ability to attract talented individuals to join their ranks.

As for Mr Lim, he is now a free man and one wonders what his next course of action will be. Maybe he will join forces with notable opposition leaders like Dr Chee Soon Juan from the SDP? That’ll make for an interesting story.