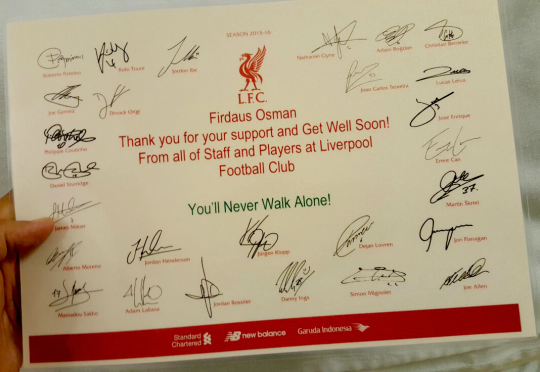 A Changi General Hospital spokesperson has reached out to Mothership.sg to clarify that the medical team had not advocated to the family to “pull the plug”. Instead they said that they recommended the family to remove the breathing tube as the patient was assessed to be able to breathe on his own.

However, as of the time of writing, the original publishers of the story; Yahoo Singapore has yet to alter its story according to CGH’s version.

When 28-year-old Firdaus Osman was admitted to Changi General Hospital (CGH) because of a cardiac arrest, the last person he would have expected to get a get-well-soon card from was English football giant Liverpool FC.

Firdaus was left in a critical state after a heart attack on 5 Apr, when he was getting food with some colleagues after night shift. He was brought to CGH after he collapsed. His heart stopped for around 40 minutes, but was successfully resuscitated, according to local media. 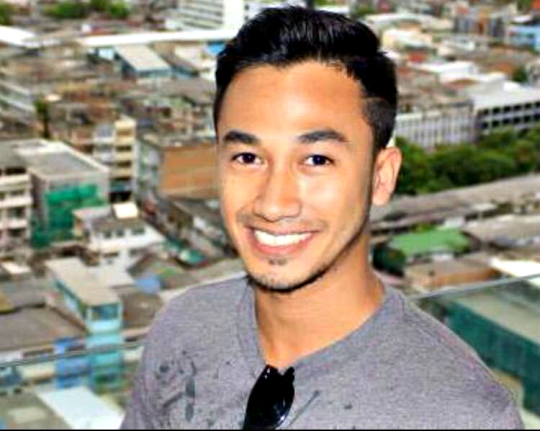 Firdaus remained on life-support for quite some time, says his brother. He only opened his eyes 5 days later. Doctors at CGH advised the family to pull the plug but they sought a second opinion at Singapore General Hospital and decided to transfer him there.

It was there that his younger brother decided to write in to the football club, in the hopes of making his brother happy. His brother wrote an email to the club and two days later, they responded with a personalised certificate and autographs of all the players, and as they say the rest is history.

Along with a jersey for his birthday, Firdaus received the certificate from his brother with a wide smile and teary eyes.

Though his condition has since improved, Firdaus remains unable to talk and can only communicate through facial expressions and tilting his head.

Featured image via Yahoo
With reference to Yahoo