You’d probably have heard about the upcoming film 1965 by now. The movie, helmed by director Randy Ang and producer Daniel Yun, has been marked for release later this year, just in time for SG50. The teaser trailer was released a couple of days ago, but did not contain any footage that we were really waiting for — that of legendary actor Lim Kay Tong as founding father Lee Kuan Yew.

The people behind 1965 seem to have heard our complaints, and obliged with this latest clip from the film.

Check it out. That hair. The wrinkles. The journalists smoking away in the background (hey, 1965 was a different era ok). Seems like Mr Tay from Growing Up has spent lots of time studying the speech and behavioural patterns of Lee, his hard work pays off dearly in this 2 minute clip.

We can’t wait for the actual film to be released. 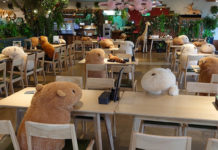 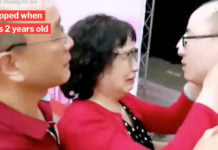 Parents Reunite With Son 32 Years After He Was Kidnapped, They Cry In Emotional Embrace