Must Share News
Home Inspiration LKY’s Amazing Foresight Is Proven Yet Again — He Knew His House... 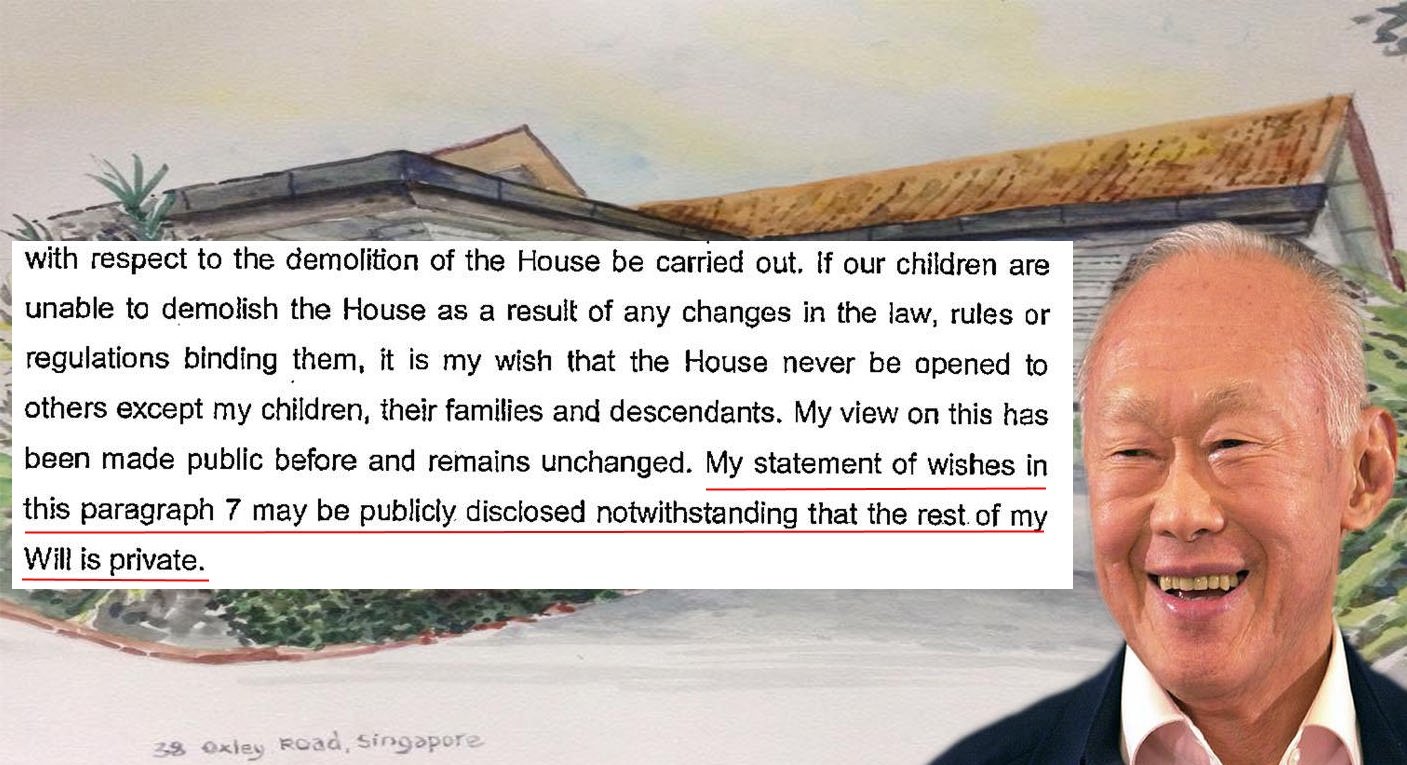 Lee Kuan Yew, The Man Who Could Predict The Future

Around the globe, the late Mr Lee Kuan Yew (LKY)  is respected for being an extraordinary orator, the original influencer and ultimate badass. Even in death, he has added another medal to his tally — for being a prophet.

With all the talk over the joint statement released by Prime Minister (PM) Lee Hsien Loong’s (LHL) siblings, Dr Lee Wei Ling (LWL) and Mr Lee Hsien Yang (LHY), everyone seems to be focusing on the commotion over LKY’s former home at 38 Oxley Road.

However, everyone seems to zoom past something that is astonishing — LKY saw it all coming back in 2011.

LKY had always made it crystal clear that he intended for his home to be demolished upon his passing.

In an interview 6 years ago, he made it apparent to the public that he had wanted his home to be torn down once he had passed away —

Singaporeans Want House To Be Demolished

The public seems to want the same thing. In a poll done by the an independent research firm, YouGov, 77% of respondents were in favour of demolishing the house along Oxley Road.

An unofficial online survey of 380 people also showed that 9 out of 10 respondents agreed we should be respect LKY’s wishes.

This makes it harder for the preservation of his house to be justified, as both the family and public believe in honouring LKY by respecting his wishes.

Plans To Make It A Heritage Site

However, it was a revelation to many Singaporeans when they learnt a ministerial committee had been established to decide the fate of the iconic home.

According to Dr LWL and Mr LHY, PM Lee himself had expressed interest in making the home a heritage site, a monument of sorts for our nation’s founding father.

However, in 2015, PM Lee issued a joint statement with his siblings pleading Singaporeans to allow his father’s wishes to be honoured.

They even pledged to donate half the value of Oxley house, and hoped that the public would let them.

Looks like it was a non-issue right? Even the PM wanted to sell the house.

Sadly, a ministerial committee was set up to consider all the options and decide on the one that was best for the nation.

However, LKY seemed to have seen this coming a mile away. He even included this wish in his final will (Dec 17, 2013)

In an attempt to make it harder to prevent the demolition of his home, he added a clause in his will:

“– or if my daughter, Wei Ling, would prefer to continue living in the original house, immediately after she moves out of the House. I would ask each of my children to ensure our wishes with respect to the demolition of the House be carried out.”

This gave only LWL the right to stay in the house after LKY’s death. LKY even added in a statement, in the exact eventuality that the house is not demolished —

“If our children are unable to demolish the House as a result of any changes in the law, rules or regulations binding them, it is my wish that the House never be opened to others except my children, their families and descendants.”

This was to ensure that no matter what happened, the house would not become a heritage site for the public.

The key takeaway of his foresight here is how he ensured this specific clause could be made visible to the public, as he was probably aware this could become an issue of public controversy. And he wanted to ensure that Singaporeans knew this was truly his wish. Now that takes some amazing intelligence.

This is certainly not the first time he has displayed his acute foresight, he has predicted many things that have become reality.

He even had a hunch that he might be in danger during World War 2, and managed to outsmart Japanese soldiers who were out to kill him.

With such a refined sixth sense, it is no wonder that CIA investigated him or that a baby in India was named after him.