Must Share News – Independent News For Singaporeans
Home News A Bust Of LKY Has Been Unveiled In Spain And We’re Scratching... 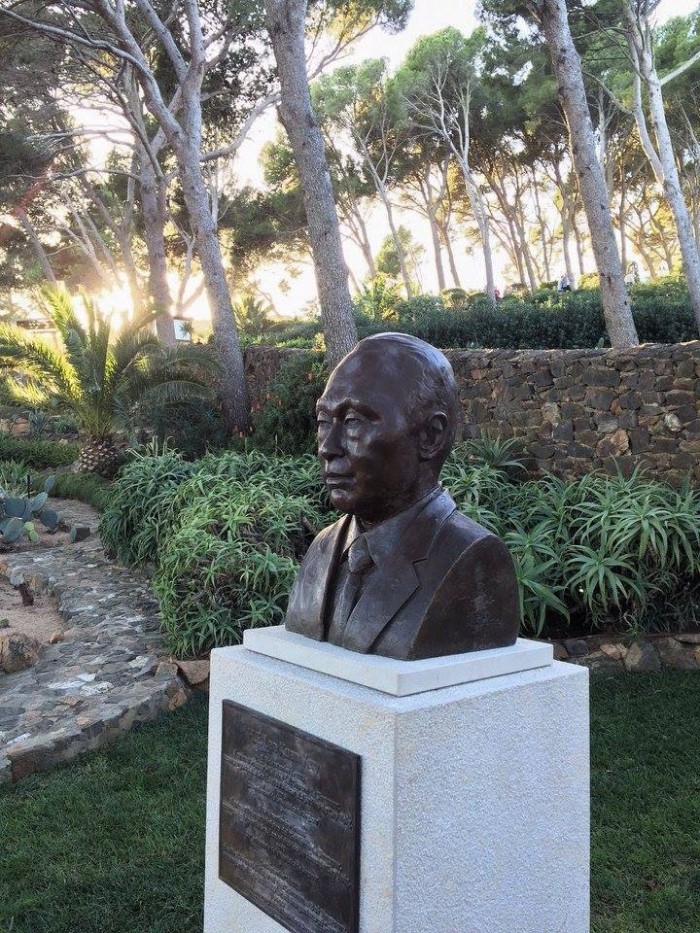 Bust of the late Lee Kuan Yew revealed in Spain

Cap Roig is a collection of gardens in the north-eastern province of Girona, Spain, known for ancient castles and scenic gardens. In Cap Roig, nature-lovers can be found admiring the land’s spectacular beauty and landscape.

Cap Roig is also where you might also find a bust of our first Prime Minister, Mr Lee Kuan Yew. His bust is located in the heart of Cap Roig gardens, on a cliff overlooking the Mediterranean Sea.

Wait. So what is a monument of LKY doing in Spain?

Well, turns out that Mr Lee visited the gardens at Cap Roig on his 82nd birthday, spending time admiring the plants and the landscape with his wife.

As was his love for nature, that it was only fitting that a first monument of him in Europe be built in Cap Roig.

His monument was unveiled by Minister for Foreign Affairs Vivian Balakrishnan, together with Honorary Consul General Dr Josep Manuel Basañez — who welcomed the late Mr and Mrs Lee during their trip to Spain in September 2005. So if you happen to be travelling in Cap Roig, don’t be surprised to see a bust of our nation’s founding father appreciating the landscape and plants of the land.