Most refer to her as Mrs. Lee Kuan Yew, but Madam Kwa Geok Choo is more than just the woman behind Mr. Lee Kuan Yew – she was a woman who silently gave her all to the nation and her family.

Mr. Lee Kuan Yew had been engaged in politics over the years, with numerous political opponents who alleged that he is ruthless. However, his love for his wife is a very touching story – a strong testament of their love and devotion.

From competitors to lovers

It was no love at first sight.

When studying at Raffles College in Singapore, Mr. Lee crossed paths with Mdm. Kwa, the only female student in the prestigious school. They started out as competitors – Mdm. Kwa’s Economic Science and English results topped the cohort, with Mr. Lee’s coming in second. From an exchange of blows, a friendship grew; no discord, no concord. From competitors, they gradually became lovers.

In September 1946, Mr. Lee made the decision to leave for England to study law. Mdm. Kwa would return to Raffles College to try to attain one of the two Queen’s Scholarships awarded annually. Only one Singaporean would be the recipient of the scholarship – this meant that if Mdm. Kwa did not win it, a three-year wait for Mr. Lee’s return would ensue.

Separation is inevitable when you’re young – you have lofty aspirations, the world is your oyster. But what would happen to your loved one? This was a dilemma young Mr. Lee faced.

I asked her whether she would wait for me until I came back three years later after being called to the Bar. Choo asked if I knew she was 2 1/2 years older than I was. I said I knew, and had considered this carefully. I wanted someone my equal, …and I was not likely to find another girl…who shared my interests. She said she would wait.

As a young man, Mr. Lee’s education at Raffles College was disrupted by the war. Without a steady profession or job, Mdm. Kwa’s parents did not perceive young Mr. Lee as a worthy son-in-law. Mdm. Kwa, on the other hand, had unwavering faith in Mr. Lee.

Mdm. Kwa eventually won the scholarship in June the next year, and joined Mr. Lee at Cambridge.

However, this secret marriage was kept a secret even after their parents’ death and only revealed when Mr. Lee penned his memoirs.

I don’t think that’s an offence, to marry a woman twice, the same woman!

Upon the couple’s return to Singapore, they joined a law firm, Laycock & Ong, as legal assistants. While Mdm. Kwa did draftsmanship and conveyancing, Mr. Lee practised litigation. In September 1950, they got married a second time in a bid to placate their parents and friends. That day, the registrar, Mr Grosse, arrived 15 minutes late and got chided by a furious Mr. Lee. A reception was held at Raffles Hotel later that afternoon.

The fruit of their love

In February 1952, their first son, Lee Hsien Loong was born. Mdm. Kwa went on maternity leave for a year. The same month, John Laycock, Laycock & Ong’s Senior Partner, asked Mr. Lee to undertake the case of the Postal and Telecommunications Uniformed Staff Union. The postmen union were in talks with the government for better terms and conditions of service and won concessions from the government two weeks later. This win can be attributed to Mdm. Kwa, who edited Mr. Lee’s draft statements from home on her maternity leave, so they were clear and simple. She also influenced Mr. Lee’s writing style – he began writing in short sentences with an active voice. In 1955, their daughter, Lee Wei Ling was born. Two years later, their younger son, Lee Hsien Yang was conceived.

Exemplary of an Asian wife

I walk two steps behind my husband like a good Asian wife.

Through Mr. Lee’s writings, one could tell that she was more than just a wife – she was also Mr. Lee’s confidante and advisor.

In 1954, Mdm. Kwa helped Mr. Lee draft the Constitution of the PAP. Mr. Lee also said Mdm. Kwa had the ability to read a person’s character and often it turned out to be right. Prior to the Singapore-Malaysia merger, Mdm. Kwa foresaw that the merger would fall through because of the differences in lifestyle and the way the UMNO Malay leaders handled politics. She was right – Singapore was expelled by Malaysia in 1965. Law Minister Eddie Barker drafted a separation legislation, but left out a clause to safeguard Singapore’s water supply from Malaysia. Mr. Lee asked his wife to include that in the Separation Agreement, which reassured Mr. Lee every time Malaysian leaders threatened to cut off Singapore’s water supply. 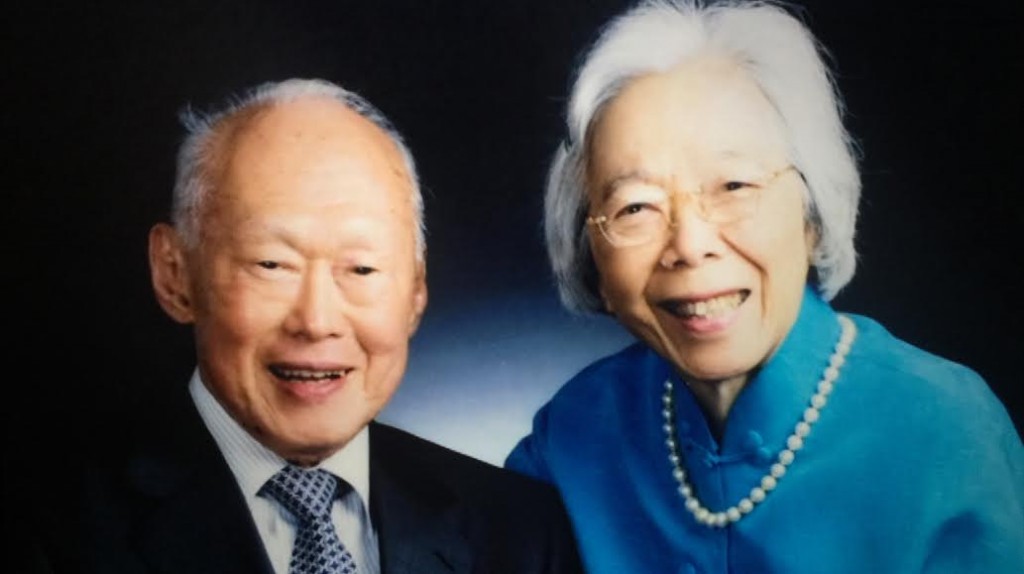 Mdm. Kwa’s entire life revolved around Mr. Lee and her children. Being the eldest son of a Peranakan family, Mr. Lee could not even crack an egg, since it is not expected of men to do so. Nevertheless, in 2003, when Mdm. Kwa suffered her first stroke, Mr. Lee made the effort to adjust his lifestyle to look after her although he was still in the Cabinet as Senior Minister, and later Minister Mentor. He took care of her complicated medication regime. Because Mdm. Kwa lost her left field of vision, Mr. Lee would sit on her left side during meals, reminding her to finish the food on the left side of the plate. He would also meticulously pick up the food Mdm. Kwa’s left hand dropped. Mr. Lee urged Mdm. Kwa to exercise by swimming daily and would measure her blood pressure several times in a day. Although their daughter, Lee Wei Ling, contacted a doctor who invented a watch-like device to measure blood pressure, Mdm. Kwa said:

I prefer to have my husband measure my blood pressure. 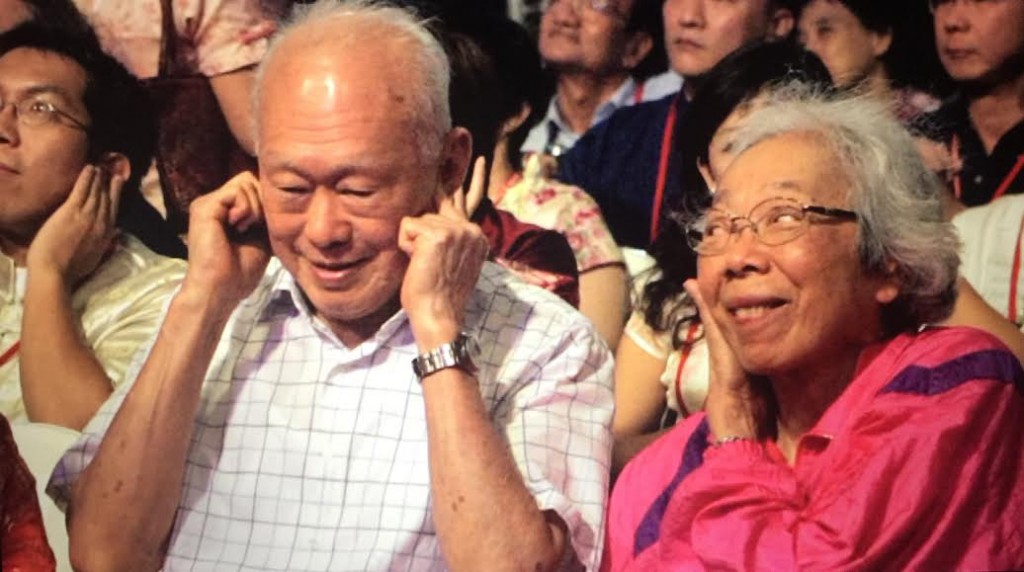 Mdm. Kwa was dealt a second stroke in May 2008, which left her bedridden. After returning home from work, Mr. Lee would sit by her bed and spend two hours telling Mdm. Kwa about his day and read her favourite poems to her. This continued every night without fail. Since the poetry books were thick and heavy, Mr. Lee utilized a heavy-duty music stand to support the books. One night, a drowsy Mr. Lee fell asleep while reading poetry to Mdm. Kwa. He slouched forward and hit his face against the metal-made music stand, suffering abrasions on his face. Despite this, he continued reading to Mdm. Kwa every night.

Even though Mr. Lee is agnostic, he still prayed for Mdm. Kwa. That dark period, to him, was even harder to pull through compared to the political stress he felt when Singapore was expelled from Malaysia. 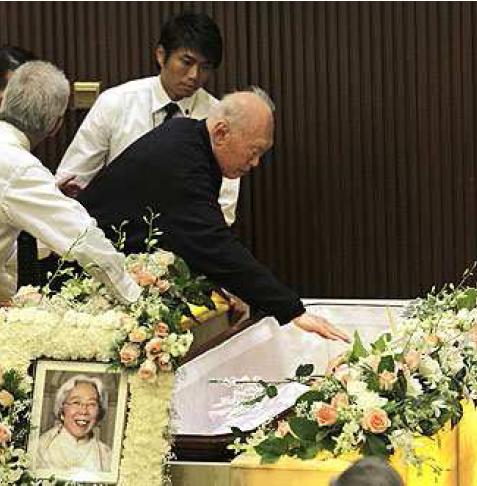 89-year-old Mdm. Kwa passed on after being bedridden for two years. A grieving Mr. Lee walked to her casket, using its frame to support his 87-year-old body. Placing a stalk of red rose on her still body, Mr. Lee bent towards his wife, reaching for her face with his right hand. He planted a kiss on her forehead, and then another. His beloved Mdm. Kwa Geok Choo – or Choo, as he affectionately calls her – had departed, leaving him with 63 years of happy memories.

Mr. Lee had been courageous and resolute in pursuing his dreams and love. He also credited Mdm Kwa’s consistent rational and emotional support as his driving force.

Here’s a quote from the man himself to sum up a timeless love story:

We have never allowed the other to feel abandoned and alone in any moment of crisis. Quite the contrary, we have faced all major crises in our lives together, sharing our fears and hopes, and our subsequent grief and exultation. These moments of crisis have bonded us closer together.

After having spent over three decades of their lives together, they had become so intertwined as one over the years. They were not only lovers, but also soul mates and best friends.

Together, they helped build the Singapore we have today, with Mdm Kwa being the woman behind his back, having his back. Take their statuses away, at the very end, he was just a man who loved his wife till death did they part. 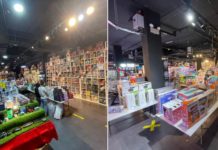 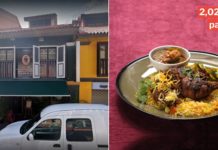 Islamic Restaurant Turns 100 In Apr, Will Give Out Free Chicken Briyani To Celebrate Anniversary